“Oh, loose ends. Such a bother, aren’t they?” *looks at the camera like I’m on The Office*

This line, delivered by Penelope, comes in the first 10 minutes of the episode. The fact that she’s delivering it to a dinner party that includes Veronica, Jughead, Archie, and Betty (rescued/bought from The Farm) is a small hint that this season finale is going to be a wild ride. The fact that the dinner party also includes the Black Hood and the Gargoyle King is a big one.

The Black Hood is quickly unmasked as Hal, but the Gargoyle King’s true identity remains to be seen. Penelope invites Jughead to take a guess and after some quick deduction, he names him as Chic. His guess turns out to be correct. And if you’re wondering if Ethel lied, then the answer is: probably not. Apparently, a red dye job and just calling him Jason was enough to convince her he was a Blossom. Meanwhile, I’m trying to decide whose return was a bigger bummer this week, Chic’s or Euron Greyjoy’s. 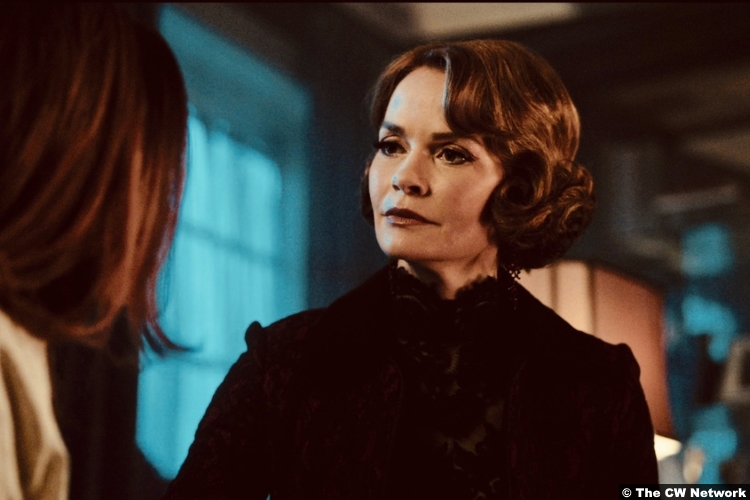 But really, Penelope is the Gargoyle King, as she is the one who revived the game through Hal’s new minion, Chic, who begat Dilton and Ben, who begat Ethel and so on. [Note: I wrote this sentence before Jughead used the word “begat” a bunch, which was startling.] Penelope Blossom will have her revenge on the town that saw her groomed as a child bride and robbed of her son. While I’m sympathetic to the traumas she’s experienced, hearing today from someone who’s hellbent on punishing “sinners” just makes me really tired. All offense, but fall in a lake.

Anyway, she’s gathered the core four there so that they can be forced to participate in an Ascension Night game. First up, the Red Paladin, who has to face a “grizzled beast.” Luckily for Archie, it’s not an actual grizzly. Unluckily, it’s a dude so big, he might as well be a bear. Archie, the sweetest, dumbest boy in the county, runs headlong at him. He is clotheslined immediately.

But hey, somehow, he gets the upper hand and knocks the dude out cold. It occurs to me that maybe it would have been trickier not to have the kids complete challenges that play to their strengths, but what do I know? I’m not out here trying to murder children.

Speaking of, Veronica’s challenge. She gets a Russian roulette, but with possibly poisoned chalices. Shouldn’t the fact that Veronica samples the last chalice to save Betty be proof of her inherent goodness? Again, sorry–I’m new to torturing youths through gameplay.

Archie: “Wait, I still don’t get it.” *looks back to the camera* 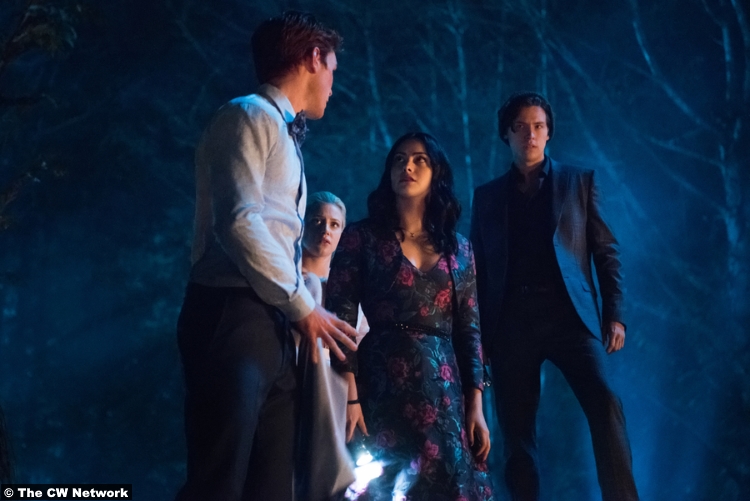 That amazing line comes after Jughead has to fight Chic, which again, is like watching that Euron fight on Sunday. Jughead wins, of course, because Chic isn’t really a person–more of a plot device.

Then Betty is up and her challenge is to shoot her father before he shoots her. It would have been much funnier if she’d just plugged him right when he walked up and been like, “Are we finished now?” That’s not the tone they’re going for, though, so instead, she wings him. Then Penelope shoots him in the head.

At that point, the kids should have won, but what a surprise–Mad Queen Penelope doesn’t play fair. She sics her own minions–and who are these people, exactly?–on the four. Thankfully, though, the cavalry arrives, comprising a newly liberated Cheryl, plus Toni and a mixed bag of Serpents and Poisons. They descend on the forest and on the minions, whoever the hell they are. Penelope escapes.

After that, the core four go to the Farm but find only Kevin in a Heaven’s Gate-esque tableau. Everyone else supposedly ascended, leaving him behind to tell the tale. Right.

Also, Hermione is arrested for conspiracy to commit murder, specifically, her husband’s. That arrest is all his doing, of course, and God knows what tedious punishment he has in store for Veronica. But that isn’t the only FBI activity in town. 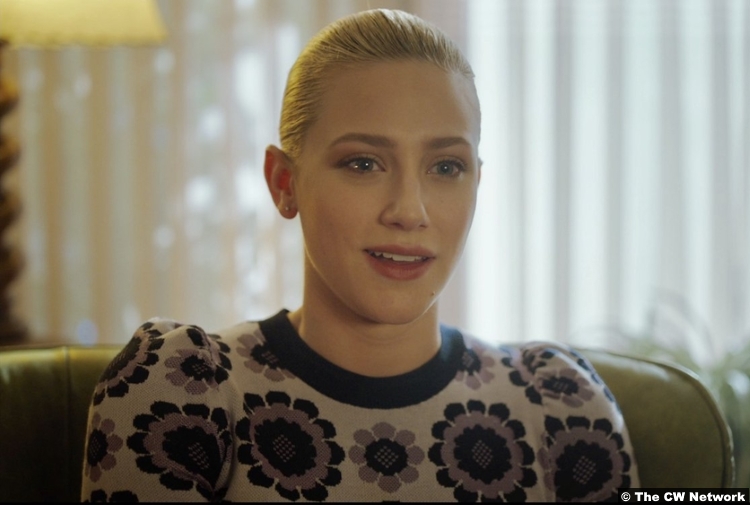 An Agent Smith (Wyatt Nash) shows up at the Jones’s door–where has FP been through most of this, btw?–telling Jug and Betty that he’s been investigating Edgar for some time. To that end, he’s had a woman on the inside–Alice. To say this comes as a shock to Betty is an understatement–Alice cashed in Betty’s college money, remember?! But the shocks keep coming. As soon as Betty wonders if she knows Agent Smith and he’s like, “Well, there’s a reason I worked with Alice…” I had to pause the DVR and take a deep breath. Like, THANK GOD. I knew a dude who shared Betty and Jug’s DNA could not be as loathsome/annoying/repulsive/I could keep going as Chic.

That’s right, folks–this is the real Charles. Until, you know, we find out he’s not or whatever. But at least Alice’s claims that she’s been talking to him aren’t as disturbing as they were when we all thought he was dead.

And that would have been a heckuva way to end the season, but we don’t stop there. As the kids regroup at Pop’s, they make a promise to have a drama-free, if sedate senior year. Flash forward to spring break, and the group, minus Jughead, is standing blood-splattered around a fire. Betty says they’ll wash up in the Sweetwater, burn their clothes, and never speak of this again.

8/10 – Despite a sometimes wildly unbalanced season, Riverdale managed to stick the landing with this very entertaining finale. Also, I love that Archie–sweet Archie–floated so blissfully through the G&G storylines that he refers to them as “Gremlins” during the Pop’s scene.