One of the things I’ve always enjoyed about Riverdale is, as I’ve mentioned, Betty and her little determined face. She’s always resolute, always laser-focused in her efforts to get to the truth. She doesn’t give up. So I suppose I could see the ending of this episode as one big letdown. But I’m not gonna.

Before we get to that, though, let’s rewind. As we begin, a passing remark by JB leads Jughead and FP back to the scrapyard where Kurtz died. It seems the yard–or more specifically, a bus in the yard– was his little hidey-hole, and that’s where the Jones men find The Gospel of the Gargoyle King. Almost feels a little too easy, no?

Well, it doesn’t to Betty and Jug, who study the book like it’s, well, gospel, looking for a way to defeat the King. They determine that they can force him into a confrontation with the Gryphon Queen (played by Betty) and…just don’t make me try to explain it. 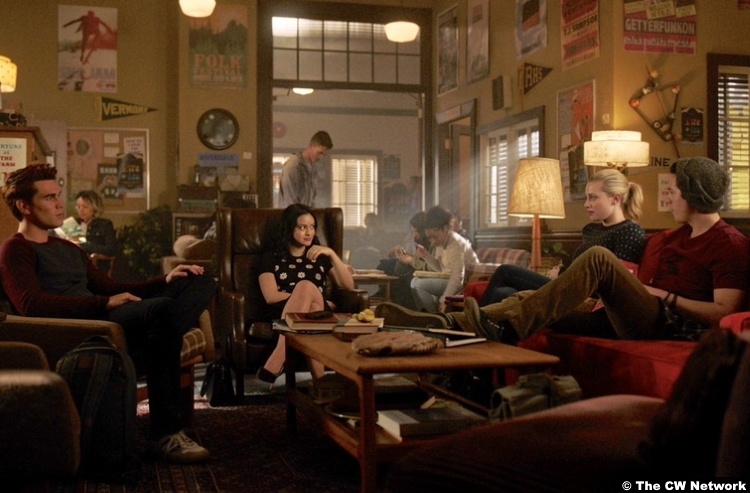 In fact, since we’re on the subject of things I’d rather not try to unpack, here’s a list of “Forget it, Salome–it’s Riverdale” items:

Now that we’ve got that out of the way, back to the plan. For some reason, this Gryphon/Gargoyle meet-up has to happen in a Renaissance setting (sure), so Bughead “conspires” to theme the upcoming prom as such and rig the vote so Betty wins prom queen. I use scare quotes because they really didn’t have to try so hard. After Edgar tells Cheryl that her own campaign for prom queen flies in the face of the Farm’s tenets on equality (and more importantly, threatens to cut off her Jason access), she really stops giving an eff about the event in general.

And we’re gonna put it on pause for a moment to talk about the other thing Betty has to deal with–Hal’s “death.” (There really can’t be enough quotes around that.) My favorite minor character and other Riverdale love of my life, Dr. Curdle, Jr., informs Betty that while they were unable to find whole bodies at the crash scene, they did recover Hal’s hand. “Oh, he cut off his hand,” I said.

So Betty’s gotta juggle the knowledge that her dad is probably (definitely) out there, while still trying to tie Edgar to the G&G shenanigans. She finds out that a sandy-haired fellow got the same rune tattoos as Kurtz, so she storms into a Farm meeting and demands Edgar take off his shirt. I don’t understand why she didn’t think the description could also fit other people (like Hal) or why everybody’s cool with her returning after they zombie-chased her last week. But long story short, his back is tattoo-free. 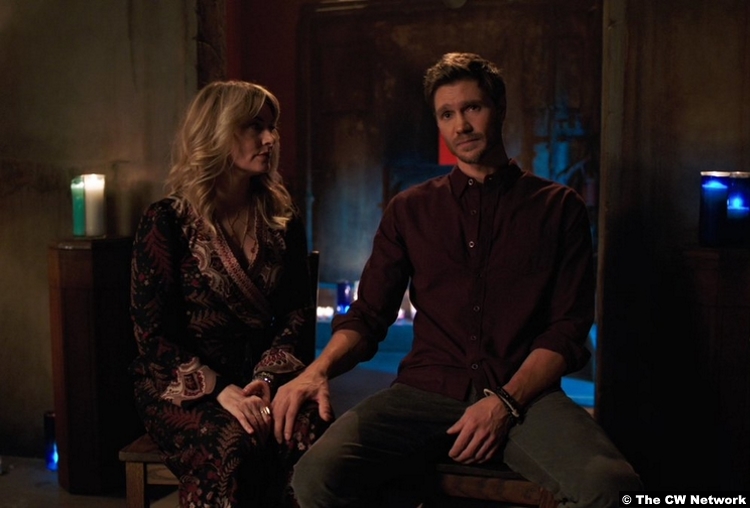 Also, she and Archie are kinda-sorta back together, but not really. And he’s decided after like, 5 matches that he’s going to be a professional boxer. Mary, who’s now around because Fred’s out of town *sniff*, is aghast. No way is her son doing something so dangerous! He should join the military instead.

Sweet Mary. Your son has a heart of gold, he truly does, but I don’t want him on a nuclear sub and they won’t take him. The boy who was worried about bombing the SATs isn’t getting into the Naval Academy. Your son, who starves himself to make weight, and then tries to box two matches in one day won’t be moving to Annapolis, sorry.

Now that we’ve got that out of the way, it’s prom night! Jughead and Betty didn’t leave the rest of the details to chance–they have the Serpents and the Poisons on stand-by to block the entrances so the King can’t leave. And that plan might have worked if Betty hadn’t gotten a message summoning her to meet alone. Of course she follows it, because that’s what you do when you’re trying to catch a murderer–you meet them alone in an enclosed space. 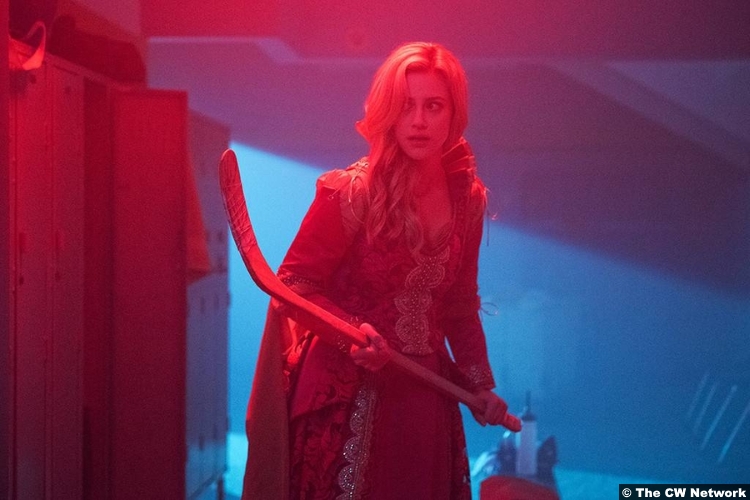 What she finds is a recreation of the Ascension Night, complete with two goblets, but Betty refuses to play the game. Stumbling out into the hallway, she runs into the Gargoyle King. She doesn’t push him over like I wish someone would, but maybe that’s because they get interrupted by a now hook-handed Black Hood. Is it Hal or is it someone else? It doesn’t really matter at the moment, though, because he chases her through the hallways, which are littered with corpses. But she makes it to safety. For now.

Because there’s nowhere in Riverdale proper that she’s really safe. So when she rushes to tell her mom that Hal is still out there, Edgar offers her refuge at the Farm. In what may be a shocking turn for the Betty we know, she takes him up on his offer. And I’m left hoping her decision is just a long con.

9/10 – Well, well, well–it seems that the streams are finally joining. As I mentioned, I don’t know if Betty’s decision to stay at the Farm is a sign of her deteriorating mental state or if she finally has a solid plan, but obviously, I hope it’s the latter. As for the episode in general, not a whole lot really happened, but that heart-pounding sequence through the Riverdale High halls was a nice 80s horror homage, complete with the Freddy Krueger-esque scraping of the hook. (On that note, I don’t believe someone who just severed their hand like, 5 minutes ago could be doing the most with a hook like that, but you know. It’s Riverdale.)

Please assume that I’m yelling this review over this song, since I’ve had it in my head since the episode aired.