Riverdale S03E12 Review: Bizarrodale – The Gargoyle King not happy with Kevin and Moose?

I must admit, I watched this week’s episode with trepidation. After the frustration of last week, I was in no mood to untangle another mess. Thankfully, that’s not what I got.

If the scattershot shenanigans of last week made you forget, Tom and Sierra are getting married. As this is Riverdale, though, their pre-wedding happiness lasts about five minutes. That’s when Sierra discovers a message from the “Gargoyle King”–which one this time?–demanding they return and finish the Ascension Night game. 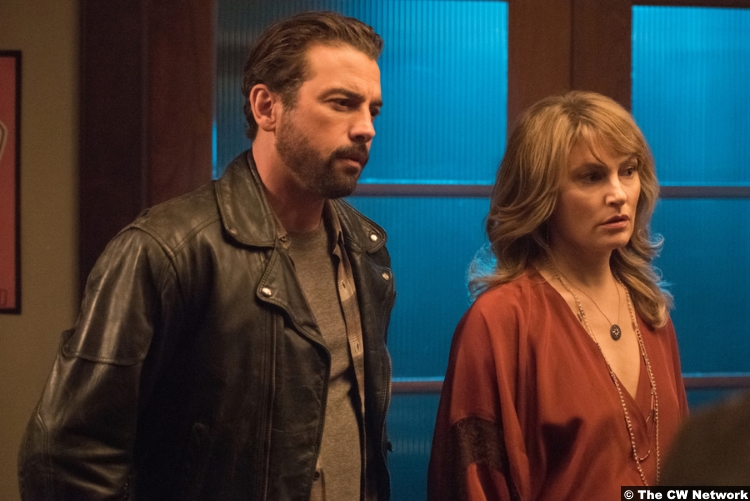 If they don’t, then harm will come to their children. And it’s not like those kids don’t have enough going on already. Kevin, still with Moose, is tired of hiding their relationship. He wants Moose to be his date for the wedding and he wants him to come out to his intimidating dad, Major Mason. Understandably, Moose is nervous about all of this.

Also nervous is Josie. Having been turned down by Sweet Pea for the wedding–he wants to be a real boyfriend and not just a good time guy–she now has to deal with her audition for Juilliard. Since Sweet Pea isn’t going to drive her, she enlists Archie for help.

Meanwhile, the other kids aren’t alright, either. Veronica and Reggie, having burned that fizzle rock supply, are tasked by Hermione with coming up with the money to pay the buyer back. Either with all of Veronica’s Pops and Bonne Nuit earnings, they’re still short. That’s when Reggie comes up with the terrible plan to stage a daytime robbery of his dad’s car dealership. 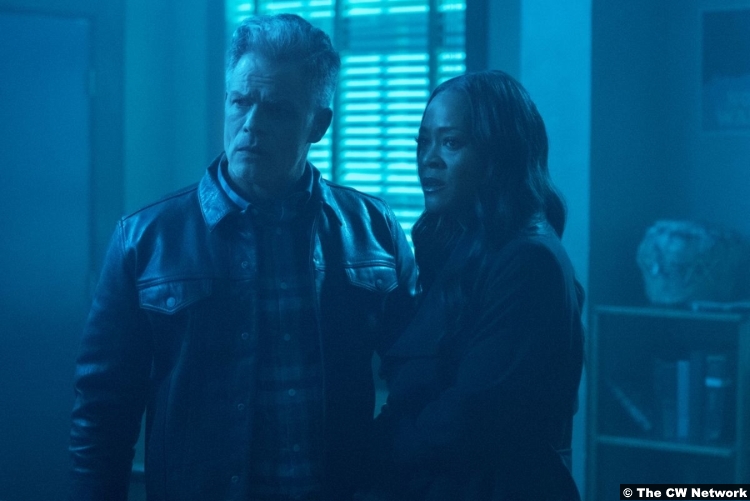 It goes off about as well as you’d expect. They get the money, but Reggie’s grazed by a bullet and there’s a dye pack hidden with the cash. It explodes in Reggie’s face, of course. And speaking of Reggie’s face, there’s another reference to how frequently his dad hits him and still, no one seems as alarmed as me. (Forget it, Salome–it’s Riverdale.)

Anyway, they bring the money to the meet with the buyer and it’s Gladys Jones. She agrees to accept their still-short, ink-stained cash as long as they 1) loan her Reggie’s car and 2) pay the additional amount with interest (for her trouble). And they won’t have a hard time getting the money to her, because she’s back, baby. She and JB are going to be sticking around for a while. Jughead is predictably thrilled about it, but FP can barely hide his ambivalence. That’s good, because she later indicates that her plans for her stay in Riverdale are none too positive.

Someone else who knows about hatching plans is my beloved Cheryl. As she’s been informed that her admission to Highsmith College isn’t guaranteed, despite the fact that she’s a legacy, she ferrets out the reasoning. It seems a board member–*cough* Penelope–has pushed for a more diverse student body. And for some reason, an “aberration” like Cheryl doesn’t count.

Cheryl then brings the next phase of her plan, wherein she apologizes for the outing and then gathers a group of wayward girls so that she and Toni can have a new gang. They’re called the Pretty Poisons–get familiar. Oh, and since she’s once again a sure thing for Highsmith, she gives her interview time to Toni.

In fact, it’s starting to look like things are good for couples all over Riverdale. Although she didn’t get a callback, Josie does get a kiss from Archie. He asks first and I’m sure that like, at least five fanfics were written after the episode that were all about hot how consent is. 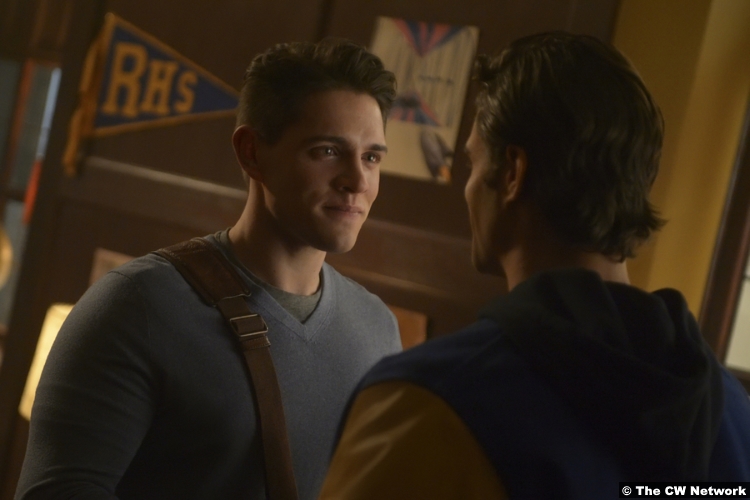 That is, if they weren’t writing about Moose and Kevin. Moose does comes out to his dad and I guess we should have been suspicious of how well it went. Because when the boys have finished consummating their relationship in what is becoming the world’s grossest bunker, a group of hooligans in gargoyle masks enters the bunker and forces them both out.

They’re lead to a scene much like the one where Jug found Dilton and Ben. Just before they can be forced to drink from the chalices, though, a bow-carrying Cheryl bursts from the trees, followed by FP and others. That’s because when the parents gathered to play the Ascension Night game, they ultimately realized it was all a ploy to separate them from the children. When all of the children were accounted for save Kevin, they went looking for him.

The gargoyle king at the center of this new tableau is unmasked as Major Mason. As he later explains to an incredulous FP, he realized when he was young that he was gay, but then the monsters at the Sisters scrambled his brains. (Lotta brain-scrambling going around this week.) So all these triggers–his crush Tom getting married, his son being both definitions of gay–spurred him to scare the boys. Okay, sure.

It certainly was scary, but it’s also sad, especially since Moose–real name: Marmaduke–is going to stay with his aunt for a while. Well, it was sweet while it lasted. Hopefully, Tom and Sierra, who finally just decide to get married at town hall, have a better go of things.

8/10 – I was halfway through the episode before I realized I hadn’t really seen Betty. And I think that’s a smart choice. While I love–LOVE–Betty Cooper and think that Lili Reinhart does an excellent job at carrying episodes, she shouldn’t have to do it all the time. While pushing other characters to the forefront is just as experimental as the noir episode, this experiment yielded better results.