Revolver turns fifty: It’s the Beatles’ best album and I’ll fight you over that fact.

Which is more overrated: Sgt. Pepper’s or The White Album?

Okay yes but hear me out.

First of all Sgt. Pepper’s Lonely Hearts Club Band is a masterpiece. It’s a work of art and when paired with Strawberry Fields Forever and Penny Lane (the single released in advance of the album that George Martin regretted not hanging onto and including in the LP) there’s little that exceeds it. 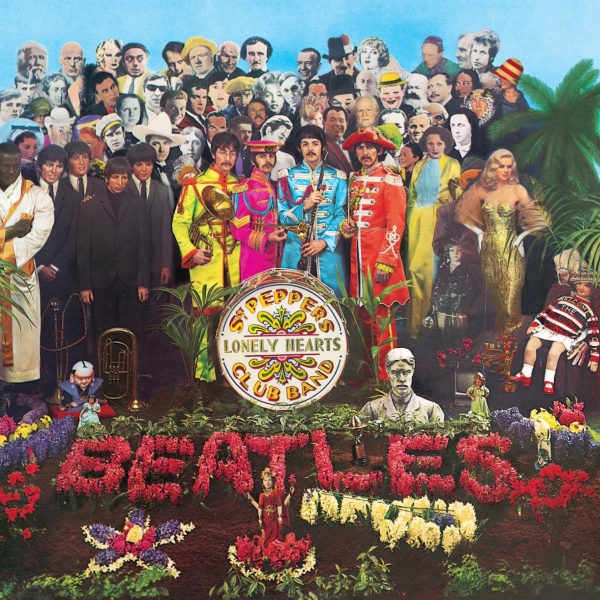 The album was designed with two basic ideas in mind. First, the band had quit touring a year prior (right around the time Revolver was released) and, suddenly free to focus solely on their writing, arranging and their ever-evolving style, the Beatles had the idea to make their next album a sort-of “show on the road” experience. So they created a fake band name (inspired by the underground hippy bands of California) and designed the title track to feature a rousing crowd in the background. In addition they limited the space in between each track considerably, so that each song moved quickly from one to the next, giving the whole record the feel of a live album. It was one of rock’s first “concept” albums and a brilliant little concept at that.

It was also the second idea they had.

The Sgt. Pepper’s concept didn’t come around until halfway through their Feb/March 1967 recording sessions. Before that, their original idea for the album was to release a series of songs about youth, growing up, memories, childhood, etc, both specific and in general. The aforementioned Strawberry Fields Forever and Penny Lane are among the best-realized versions of the idea (not to mention two of the best tracks the band ever did…incidentally the best song they ever did—In My Life—also features a similar theme). Others that explored it are Being for the Benefit of Mr. Kite (about going to the circus, which is very much a “kid” thing), Lucy in the Sky with Diamonds (a song that brings a childhood drawing to life) and She’s Leaving Home (which discusses a teenager who runs away from home). Other songs took the concept a little further and explored “life” in general: Lovely Rita (about falling in love with a meter maid after she writes you a ticket), When I’m Sixty-Four (a song about a child hoping his love will still want to be with him when he’s old and grey) and most famously, A Day in the Life (a song which needs no introduction). Again, the album is a masterpiece, there’s no disputing that.

But there’s a catch.

The album really only works its magic when you listen to it as a whole. You have to start with the Sgt. Pepper’s theme song and not stop (except to turn the record over if you’re a vinyl guy) until the creepy fade out (“Never could see any other way…”) attached to the concentric run-out groove at the end of side two (or attached to the end of A Day in the Life if you’re listening to it on a CD or digital file). The album works as a whole, and even though John later said “other than the two Sgt. Pepper’s songs, there was no concept, those songs could have worked on any other album” the fact is that the thirteen songs on the album they did appear on (plus Strawberry Fields Forever and Penny Lane) work so perfectly in harmony that it’s weird to hear them isolated from the rest of the set.

All of the songs are great, but they lose a little magic when one of them just randomly comes on the radio or pandora. And since this is the age of music-listening where individual songs are prioritized over albums (a reversal from the trend bands like the Beatles helped break from the 1940’s-50’s “singles” era), the songs on Sgt. Pepper’s don’t work the same way just picking up a random Harry Potter book doesn’t work; you have to read the whole series from beginning to end, otherwise it loses it’s magic. It’s enough for me to say—sheepishly—that the songs on Sgt. Pepper’s might be a tad overrated.

As to the White Album: George Martin said to the group that they had enough material to fill one amazing album…and a half. The other half were songs not up to their usual quality. Instead of putting out a double album, Martin wanted one great album and let the rest of the material turn up on B-sides to singles. The band had other ideas, though. There were two primary reasons for not paring down the material to one fourteen-track record. For one, the band was trying to use up their required song-releases that their recording contract demanded. Putting out thirty songs instead of the usual fourteen wasn’t just a two-for-one for the fans, it was a two-for-one for the band too. 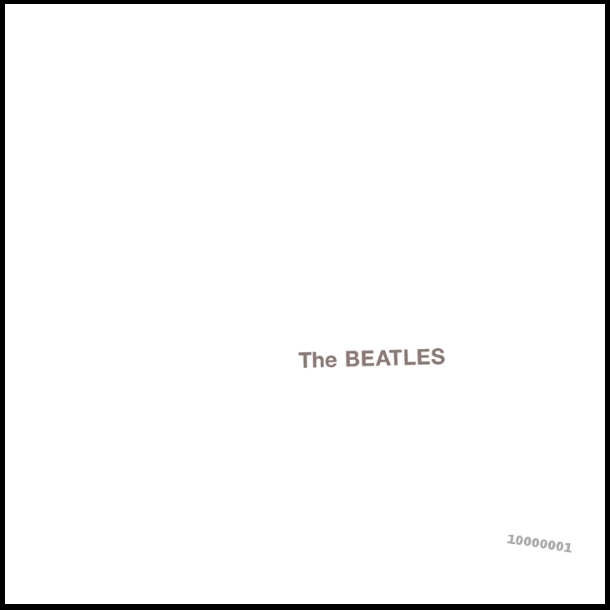 For another reason, as George Harrison put it: “There was a lot of ego in that band.” If you reduce the material to one album, which song gets cut? You can be sure the personal and intimate Julia would not be cut as long as John had a say. Neither would Paul part with Blackbird or the ear-worm Ob-La-Di Ob-La-Da (that he insisted the band record take after take of until it was perfect). George was already chaffing over only being allowed one song on Sgt. Pepper’s (after having three appear on Revolver), so you can be sure his own ego (suppressed though he may have tried to make it) would have made him insist on at least While My Guitar Gentle Weeps and Long Long Long.

So for all the accolades that are heaped on the White Album, it really is dragged down by nonsense songs that ordinarily would not have been cut to vinyl. Having said that, some argue it’s good that it has so many oddball songs because it gave us material that probably never would have appeared on a regular album. As such it’s more of a vanity project than anything (and that is kind of the theme of the album: It’s mostly four solo artists collaborating). I don’t really know if it’s true that we never would have heard the lesser-tracks, though, since the songs they didn’t put on the White Album still ended up being recorded (Junk was done by Paul on his first solo album, Not Guilty turned up on George Harrison’s self-titled album, Child of Nature eventually became Jealous Guy on John’s Imagine record). Not to mention the Beatles loved to recycle unused material on later albums (the song Wait moved from Help to Rubber Soul, for example).

When asked if it should have been reduced to one-disc, Paul would say “It’s great. It sold. It’s the bloody Beatles’ White Album. Shut up!”

Those are the fourteen I would pick, and I picked them based on their being the strongest fourteen songs on the album that also seemed to have the most sentimental connection to the individual members. Notable omissions are Ringo’s song Don’t Pass Me By (which, fittingly, was passed over for many records before it finally landed on the White Album), Paul’s Mother Nature’s Son (which is great but not quite as timely and significant as Blackbird was in ’68), and John’s Revolution (since the single had already been released and the doo wop album version had the older “count me out…in” line that described John’s conflict about violent protests…a conflict he had decided to oppose by the time the single was released months before the album).

Vanity songs like Why Don’t We Do it in the Road, Savoy Truffle, The Continuing Story of Bungalow Bill could have ended up as B-sides or maybe reappeared in a different form on the aborted Get Back album. Still they are what they are: Good songs that aren’t up to snuff, and if we’re being honest they kind of drag the album down; not a lot but a tad, and enough to say “The White Album is overrated.” 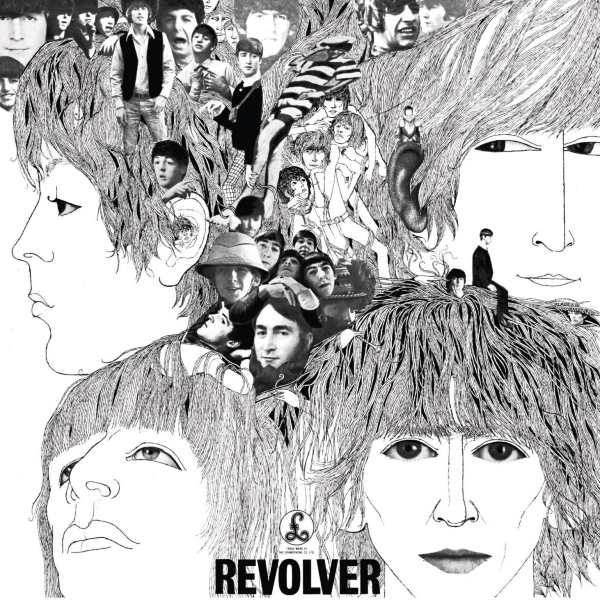 It’s the album nestled in between (the almost flawless) Rubber Soul and Sgt. Pepper’s. Rubber Soul was the album that inspired Beach Boys maestro Brian Wilson to begin work on his band’s greatest album: Pet Sounds (which also turns 50 years old this year, and which will be explored in a different article later). After hearing Pet Sounds, the Beatles felt like a warning shot had been fired from across the Atlantic (Paul said it was one of the best albums he’d ever heard and declared God Only Knows the best love song ever produced), and they responded with Sgt. Peppers (since Revolver was already well into production when Pet Sounds was released). Sgt. Peppers, in turn, pushed Wilson to develop what he called “an album that’s a love letter to God” which would become his psychological undoing: the infamous “Smile” album.

The overlooked album in that back-and-forth is Revolver and it’s the best of the bunch.