I had two realizations halfway through this episode. Number one, I just bought reading glasses that inadvertently look identical to the ones that Denise wears. And number two, Walter is more clever than I’d considered.

As for the second realization, that came during his twin interrogations, once with the police and then with Cassie. With the police, he just refuses to talk. With Cassie, he…still refuses to talk, but he is slightly more forthcoming. By this point, he’s already confessed to Paige’s murder. (No, you didn’t miss anything–presumably, he’s taking credit so everyone thinks she’s dead. Again, clever. But then she shows up at the end at the glampground.) 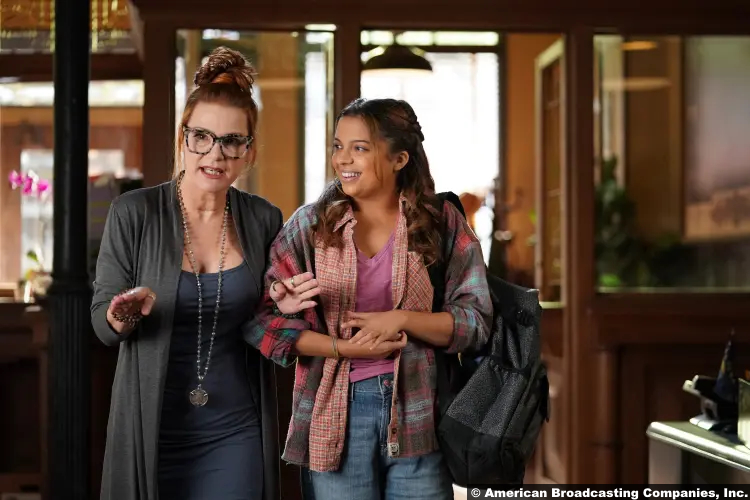 I’m not saying that he’s some mastermind or something. However, it does take a certain amount of smarts to remain hidden for that long. And when someone finally does catch you, there’s also the wisdom of keeping your dang mouth shut. You’d think that would come with the criminal territory, but not so much. As they say on one of my favorite podcasts, stay stupid, criminals. More on that particular thought in a bit, by the way.

But first, “I KNEW IT!” That was me yelling at the screen when Buck painted a heart. The excitement of ferreting out a miniscule detail got me so riled up that I didn’t actually notice if he were painting it on a tree or a post or whatever. Doesn’t matter. What matters is that he was talking in a very suspicious way. Uh, to the heart.

It’s nothing exactly damning, no–no “hello, little heart, I’ve been killing for years, as you know.” But there is something going on with him that is probably homicidal and maybe has escaped Sunny’s notice. I’m not sure on that point. If I had to venture a guess, then I would say that I don’t think Sunny knows. That is, of course, if Buck is actually the Bleeding Heart killer. 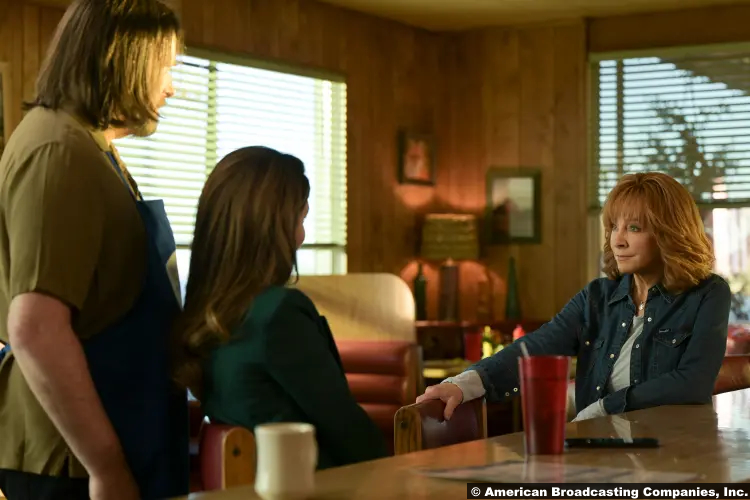 We don’t find that out this week, but Sunny and Buck do finally confirm Cormac’s suspicions. They tell him that the weird mountain dude is Sunny’s son. She’s kind of vague about Walt’s paternity. There could be any number of reasons why, obviously. Maybe he was just a jerk. I think that’s the most likely explanation, but sure, he could also be a(nother) secret serial killer.

Anyway, she basically fills in the blanks on the story we already know. She gave Walt up for adoption, but child services or whatever placed in him an abusive household. Fast forward a bit and then it ends in flames. After that, however, is a bit foggy to me. She reclaimed him and then has been protecting him ever since.

But why, though? Why couldn’t she have just taken him into her home? My first instinct–and goodness, I am doing a lot of guessing this week–was something uncharitable. Like, was it bad for business? But then I thought about how I’m operating under the impression that Walter is not necessarily violent.

Like, he’s not afraid to splash on a little violence if he feels the situation warrants it. Abusive parents, for instance. Or an abusive boyfriend, in Paige’s case. But a rather ritualistic killer? At the risk of sounding like the stereotypical “he was always so nice and quiet” neighbor, I just don’t see it. I think he’s a troubled man, but I don’t think he goes out looking for trouble.

On that note, Avery. His scene with Tony was also a bit foggy for me. He’s working to crack the encryption for Tony, but I’m not sure when this happened. Did he hook up with Tony and the Oddball Crew after he got to the glampground or before? Before would make a lot of sense, especially since it would explain why he always seemed so obvious in his snooping. (Stay stupid!) 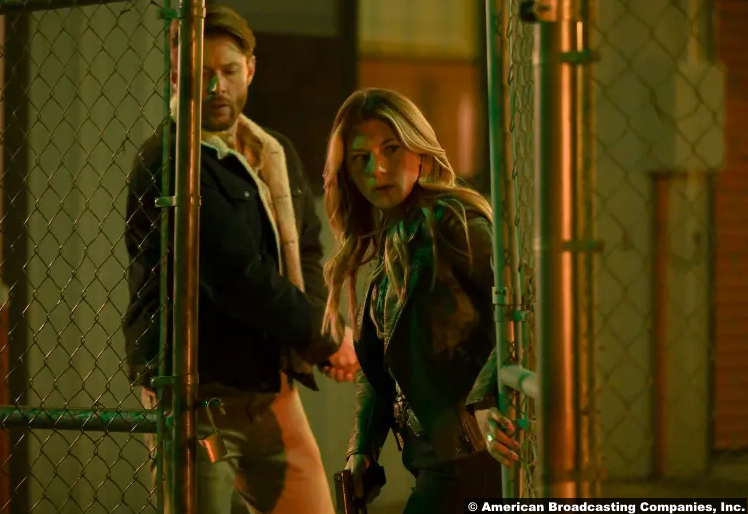 But I don’t know for sure. With the estrangement between him and Carla, Beau has arranged for Emily to “intern” at Dewell & Hoyt. It mostly seems like an elaborate ploy to keep her safe. She does make a suggestion, though, that gets Cassie out to Walter’s place. She doesn’t find a hiding Sunny, but she does find a convenient envelope with news clippings about the fire. (The headline, by the way, mentions that two children went missing from the home–Walter and a mystery girl. What happened to her?)

Meanwhile, with no real forward progress on the current deaths or the past one(s), the show gives Beau and Jenny another case of the week. I pretty much hate it. I’m not sure why, because it has some interesting ingredients. It starts, for example, with a dead parachutist in a tree. It’s a compelling image, one that becomes even more unsettling once the investigation reveals that someone tampered with the parachute.

When the parachutist wasn’t doing stupid gender reveals, which is what he was up to when he shuffled off this mortal coil, he was a smokejumper. Wait, I see your confused faces. It’s essentially what it says on the tin. Smokejumpers are firefighters who parachute into isolated blazes, like wildfires and such. (They jump into smoke, I whisper.)

The discovery of the smokejumper’s body leads to a grand conspiracy. People have to evacuate their homes during big fires, obviously, and apparently, some of these flyboys were helping themselves to left-behind valuables and I guess, cash. Conspiracies based on greed never go wrong, so what a shock to find out that this one did.

In fact, it ended in the deaths of at least two of the participants, including the man in the tree. And we find all this out, because the murderer just up and confesses it all to another smokejumper. He doesn’t have to–he’s not under duress or anything. He just gets real mad. And now he’s going to jail. As always, stay stupid.

7/10 – Between the lack of development on the big cases and the annoying resolution of the case of the week, I didn’t love this one. I did love, though, that even Donno recognizes the power of Reba, apologizing to Sunny for being rude. (Being rude: threatening to gouge out her eye.)