FINALLY. I’ve talked about it for weeks–months, even–and finally, Riverdale delivers, springing a surprise on us right when I’m lulled into *checks notes* enjoying a musical episode? Could this be right?

Wow, I think so. Like the last musical episode, “Big Fun” is based on a movie-turned-musical. This time, the movie source is Heathers, which like Carrie, is all about teen murder. That’s fun.

Who doesn’t think so? Hermione, doing an impression of a protective mother, storms Principal Weatherbee’s office to demand the musical be stopped. She has somewhat of a point, especially since the last musical ended with Midge’s murder. But still. Like, ma’am, you and your husband are professional criminals and your minor child runs an illegal casino that started as a speakeasy. I hardly think some songs are going to damage your child. 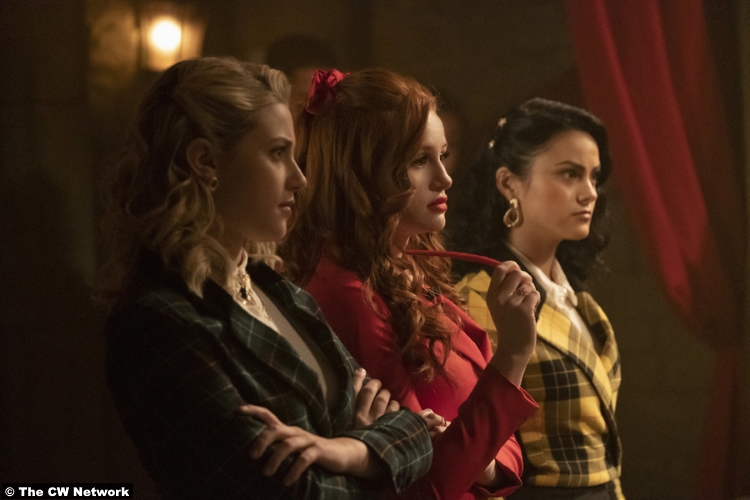 And speaking of, that scene is the cue for Kevin to break into “Beautiful,” which is apparently a song from the musical. (I’m not familiar with this musical at all, so they could sing literally anything and I wouldn’t know the difference.) And it’s not bad! In fact, I kinda like it.

And so does Hermione, who just now realizes how “miserable” all the kids in town are. Gee, if only there were hints of that beforehand, like a thriving drug trade, a normalized cult, and near-constant violence. Anyway, the most important part is that Hermione greenlights the musical, which will be directed by Kevin and co-directed by his new bestie, Evelyn.

Unsurprisingly, cult vibes permeate the musical almost immediately. And it gets worse (for Betty). When she stumbles upon Evelyn conducting an apparent ritual with a few of the cast members, Betty goes to Weatherbee, who dismisses her concerns because that Edgar Evernever has some really great ideas. Poor Betty.

That ritual, by the way, takes place in the Gargoyle King’s former chamber at Quiet Sisters, where Evelyn invites everyone for a pre-show cast party. The last thing I want to do in a definitely haunted abbey/child torture factory is eat hallucinogens, but go off, Kevin. 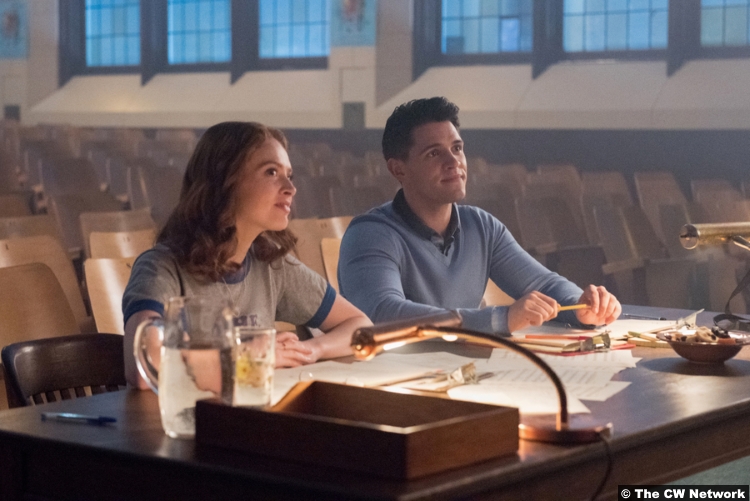 While Kevin and Evelyn serve as co-directors, they’ve brought Toni on to choreograph. As you might imagine, the person who demanded this musical–Cheryl–isn’t thrilled to see her ex there so soon. Especially since Toni had the gall to wear red to school and everyone knows Cheryl “invented red.” Although they will later make up, this early tension results in a dance-off soundtracked by “Candy Shop,” and again, it’s fun. It’s what it’s supposed to be.

And the kids deserve to have some fun, especially since so many of them have garbage parents. On that note, the Lodges are divorcing, which seems to both surprise and upset Veronica and I’m just the “Confused Nick Young” meme. I’m sorry, Ronnie, but were you under the impression that this was a happy marriage? Whew, child. No wonder your relationships are such a mess. And on that note, someone be nice to Reggie, please. 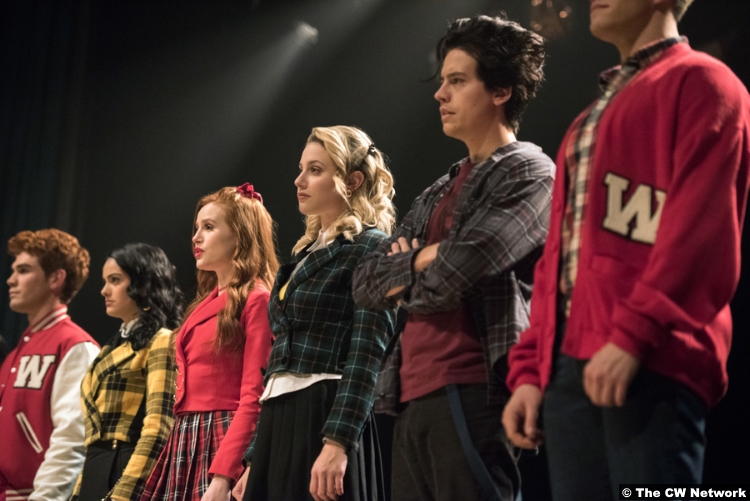 Moving on, the musical is a success. Veronica gets both her parents to attend, but her Parent Trap dreams of getting them back together are going to have to wait. Meanwhile, having discovered that his old trailer is now ground zero for his ma’s drug operation, Jughead (and Betty) arrive late for the musical looking just like Veronica and JD in the original movie version of Heathers. That is to say, they look like chimney sweeps, because they burned down the trailer.

But somehow they get cleaned up (and Jughead learns choreography) in like, a cool minute, so the show goes on. And no one is brutally murdered at the end, so that would be reward enough. But then someone starts slow-clapping and before I can even think, Get a load of THIS GUY, my brain cells coordinate and I realize it’s Edgar Evernever, FINALLY. And then other Farm members, all dressed in white and including Principal Weatherbee, also stand and slow-clap. It’s the creepiest thing I’ve ever seen on this show. I sorta love it.

9/10 – Despite the fact that I’m giving this the same score as the last musical episode, I actually enjoyed the source material here more. The songs were better in my opinion, and they helped cover up the fact that it doesn’t feel like a whole lot happened in this episode. But of course, that’s fine, because we finally got introduced to the man behind the Farm. Chad Michael Murray feels awfully young to be playing a teen’s dad, especially if we’re supposed to buy that FP’s 50, but we’ll see how it goes.