Which system had the better launch: A battle of four Nintendo consoles

By Matthew Martin
Video Game Blogs
This page contains affiliate links. At no additional cost to you, we may earn a commission if you click through and make a purchase. Learn more

This year features some big anniversaries for over half of Nintendo’s home console library. The SNES turns thirty years old this year, as it was released in North America in August of 1991. Likewise, the N64 turns 25, after launching in the USA in November of 1996. In addition, the Gamecube turns 20 due to its Fall, 2001 release in North America and Japan. Finally, the Wii dropped worldwide during the Holiday, 2006 season, fifteen years ago this year. Each system offered something different, each had its fair share of big games and memorable titles, but which one can lay claim to the best “launch window” of them all?

Let’s look back on these four systems, as we celebrate each of their launches, and make an absolutely scientific and undebatable decision over which system had the best launch!

The SNES’s launch was lean and mean, with only a handful of titles available, but with something for everyone and each showing off the new power available…

The ultimate pack-in title, Super Mario World took everything the team at R&D4 had perfected with Super Mario 3 for the NES and magnified it ten-fold. Considered by many the perfect game, it’s hard to argue with the assessment. – 10/10

Fast, addictive, and packing a memorable soundtrack, the only thing F-Zero is lacking is a two-player mode which, considering the genre, is a pretty glaring omission. 9/10

Pilotwings is the opposite of F-Zero. It is just as effective in showing off the SNES’ new graphical tricks, but with slower, more methodical gameplay. It’s not for everyone as a result, but fans continue to swear by it (and play it) to this day. 8/10

It’s not the big deal today than it was back then, but back in the early-90s, you’d be hard-pressed to find a computer game that was played more frequently than Sim City. The SNES version doesn’t compare, especially in the controls department, but having it at all was pretty mind-blowing. 7/10

Take away the system-stalling slowdown and you’ve got the best arcade shmup on the system, whose greatness was never bested throughout the SNES’ lifetime. The slowdown is pretty bad at times, though, but I never complained: I needed it to get through some of the crazier levels. 9/10

Other than Super Mario World, there’s not a great two-player experience to be found (and even Mario World barely qualifies). There’s also no RPG here either, leaving arguably the most important genre on the system unrepresented at launch. Other than that, the SNES had a solid debut, bolstered especially by one of the greatest 2D platformers of all time. 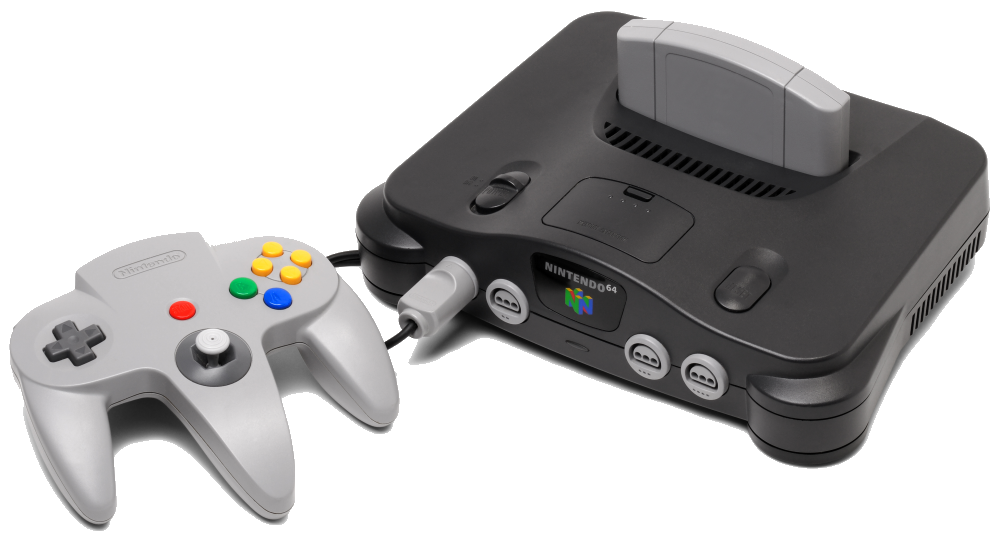 For a system that famously struggled with releasing a steady stream of games, the N64’s launch window was surprisingly deep…

While it wasn’t a pack-in, Super Mario 64 was, for a couple of weeks, one of only two games available for the system. Fortunately, it was one of the most revolutionary video games ever made and the reason to own a system until the next year (when Mario Kart 64 was released). 10/10

Much like the SNES version, Pilotwings 64 was designed to show off the capabilities of the new system. In this case, it was meant to be an easy-breezy look at all the fancy 3D effects the N64 could output. As with the SNES original, the game itself is a bit too meandering for my taste. 7/10

Fast, addictive, and gorgeous (at the time), Wave Race 64 is one of Nintendo’s most underrated launch window titles for any console. 10/10

SHADOWS OF THE EMPIRE

Clunky to control and sometimes outright broken, it’s still hard to hate the first 3D Star Wars console game. The Hoth level was a genuine showcase, and the sound design made you feel like you really were inhabiting the Galaxy far far away. 7/10

It’s essentially a souped-up MK3, with an overstuffed roster and outdated mechanics. The N64’s controller was surprisingly effective, however. 6/10

Not quite the evolution of the genre fans wanted. This 2D fighter was, at least, an effective port of the arcade cabinet, and a ton of fun to play in small doses. 8/10

The birth of a franchise that would become synonymous on the N64, Crus’n’s first title was hardly anything innovative and was easily outshined by Wave Race. 7/10

Unlike with the SNES, basically, every genre that would come to define the N64 is represented here, though only a couple of games are must-haves. 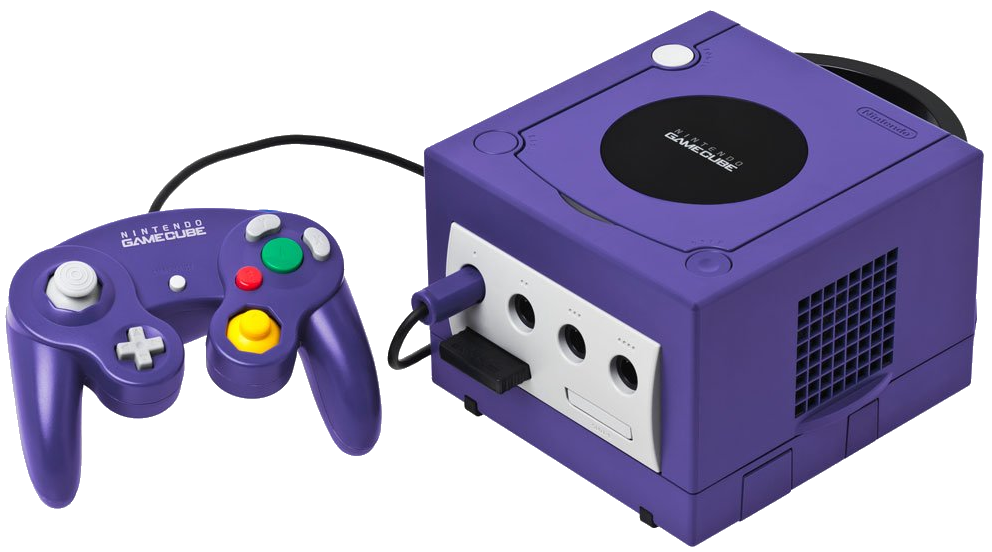 Considered a failure by the company, the Gamecube is, in my opinion, the only system to rival the SNES for the most complete and robust library of games. Its launch window illustrates that…

Not the genre-defining title that Mario World and Mario 64 were, Luigi’s Mansion is something else entirely, a wickedly fun arcade experience. 9/10

SEGA’s first showcase on a Nintendo system is one of their biggest arcade hits, and a ton of fun to play, even today. 8/10

The ultimate graphical showcase and the Star Wars game that is still held in high regard by fans today. Twenty years later, the game still looks and plays amazing. 10/10

SEGA’s other Nintendo game saw you tilt and rock a maze-like stage in order to roll around a transparent ball with a monkey inside. It was brilliant. 9/10

The N64 got a taste of Tony Hawk 1-2, but it wasn’t till the series moved to Gamecube that players finally got a version comparable to the Playstation. THPS3 is arguably the series’ highwater mark. 9/10

Prettier than the original, but also a little more soulless and hollow. It’s fun but nothing compared to the 64 version, and hardly a must-play like that game was. 7/10

A game so finely tuned, so fun to play, and so “easy to learn, tough to master” it remains the gold standard after twenty years and multiple well-received sequels. This game was the reason to own a system and is the reason people still use the sublime Gamecube controller to this day. 10/10

Shigeru Miyamoto’s new franchise took a little while to catch on, and while it never became the monster seller the company might’ve hoped for, it spawned a franchise that improved things twice-over and continues to impress fans twenty years on. 8/10

The sheer variety available at launch cannot be overstated. I didn’t even touch on every game, but just among these big releases, you’d be hard-pressed to find something you couldn’t enjoy from Nintendo’s little purple lunchbox. 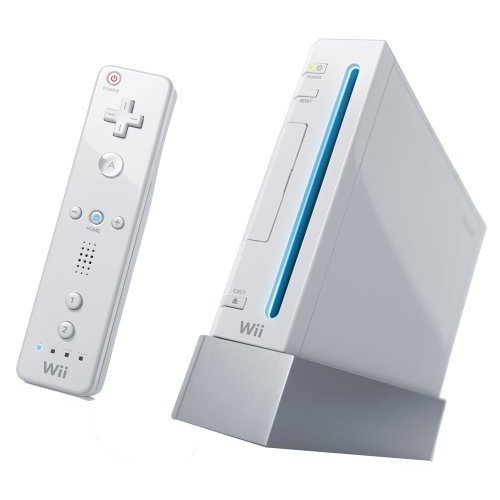 While the Gamecube had a huge launch and then fizzled in sales, the Wii had a modest launch with only a handful of big sellers. It’s just those big sellers were BIG sellers and contributed to the system being the hottest item to find during the Christmas of 2006…

Equal parts shallow, addictive, and insanely fun, Wii Sports defined exactly what the system was right out of the box. 10/10

THE LEGEND OF ZELDA: TWILIGHT PRINCESS

Nintendo’s biggest and most epic launch title to that point. It’s a bit of a tired game in terms of the Zelda formula, but at the time this was the game fans were craving. 10/10

The first of many attempts by Nintendo to adapt their style of simple, arcade-like games to the Wii motion gimmick. The result is a far lesser experience compared to Wii Sports. 6/10

Easily the most ambitious game to come out at launch, Red Steel was designed to show how the Wii Motion concept could be adapted to a traditional first-person/action game format, creating a whole new experience. The end result was a mixed bag, but the effort and ambition earn it bonus points. 8/10

SEGA’s Monkey Ball formula was tailor-made for the motion control of the Wii. Unfortunately, SEGA’s level designing talents were several steps down compared to the heyday of Monkey Ball 1 and 2. 7/10

Graphically and in terms of the online community, there was no comparison to what the Xbox 360 and PS3 were doing, and the fans of those games preferred graphics and online capability more important than the innovation of controls that this version of the game possessed. For my money, the motion controls alone made this the most fun first-person action game I had played since Goldeneye and would remain so until Metroid Prime Trilogy was released a few years later. 8/10

Much like the N64, the Wii’s launch was all about showing off the new tech on display. The result is a collection of games that made people want to play for the first time, though many of the games failed to go beyond that initial experience.

Looking at the four middle systems that were released in Nintendo’s history, the one constant between them is how reliably consistent the company was. Only one launch lineup scored under 80%, and that was the N64, a launch that enjoyed one of the greatest games of all time amidst the other, more mediocre, releases. The second-lowest of the bunch was the Wii, and while it had a plethora of sub-par games, and games that missed the mark, it also had the ultimate casual game experience with Wii Sports and the ultimate hardcore game experience with Twilight Princess. In other words, Nintendo never failed to give the people something, and usually, multiple things, to justify investing early in their new consoles.

Coming in second place is the SNES, which boasted a masterpiece and several killer apps with not a bad title in the bunch. It nearly took the top spot, but for my money, the winner is the Gamecube, whose launch lineup might not have that one huge game comparable to Mario 64 or Wii Sports, but it had—like the system itself—a lineup that was pound for pound the best Nintendo ever offered.

That’s it, the science is settled!