Charles Dickens’ seminal holiday novel, A Christmas Carol, has seen countless adaptations over the years. Everyone has their favorite. For me, the short film featuring Mickey Mouse and company is at the top of the heap. Others love the George C. Scott version that aired on the BBC in the mid-80s. It’s very hard to do a bad version of the story, as long as you’re even halfway respectful of the source material, although Netflix is sure trying that idea with their 2022 attempt to remake the Albert Finney musical version. Stay away from that one. Stay far away. 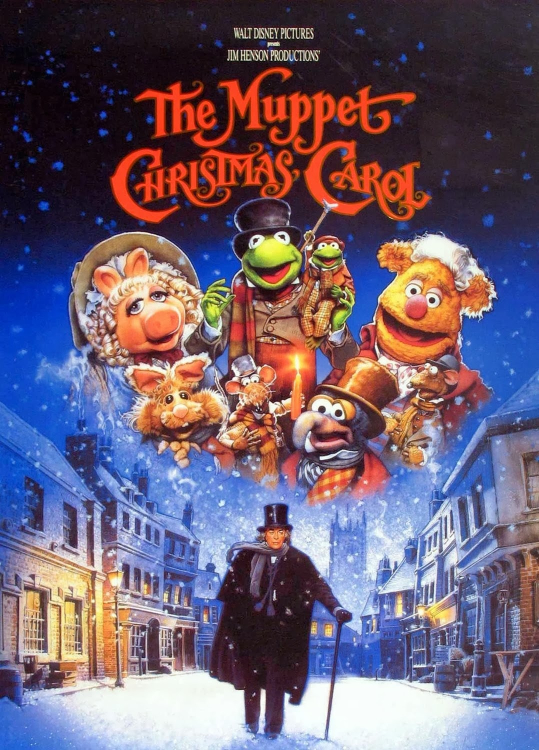 Arguably the adaptation that has received the most universal praise is the Muppet Christmas Carol. Released thirty years ago, in 1992, the movie, as you might expect, features the beloved Muppets in the lead roles. The film follows the same basic plot as the novel, with Ebenezer Scrooge (played by Michael Caine) being visited by three ghosts who show him the error of his ways in the hopes of changing his heart before what is supposed to be his impending death. The charm here, verses other adaptations, is found in the usage of the Muppets in all the key roles (save that of Scrooge). Much as I adore the Muppets (A Muppet Family Christmas is my favorite holiday special, bar none), for me the true star of the picture is Michael Caine, specifically with the way he portrays the crusty old miser.

Caine agreed to take the part on the condition that he play the role completely straight, as though he was acting in a serious stage production, regardless of the antics of the Muppets around him. The juxtaposition of his character, stiff and snarling, to the Muppet cast of California-infused mischief-makers, never fails to work delightfully, in spite of itself. 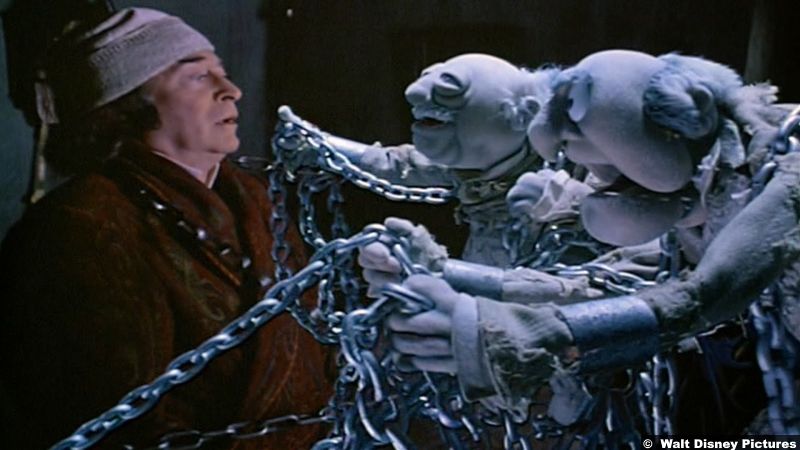 The rest of the cast carries the humorous weight: Kermit the Frog plays the role of Bob Cratchit, Scrooge’s faithful employee. Kermit’s performance is full of heart and humor, making him a perfect fit for the role, bringing a sense of warmth and compassion to the character that is essential for the story. Miss Piggy plays Emily Cratchit, Bob’s wife, a small part in the original story, but with just enough to work with that Piggy shines whenever on screen. There’s also Fozzie Bear, playing “Fozziwig,” (instead of Fezziwig), with all his trademark corny humor.

There’s also Gonzo, playing the “new” role of Charles Dickens himself. Gonzo is there to narrate the story, dropping in key Dickinsian lines throughout the tale. It’s a great shame that more people are familiar with this story as a motion picture rather than a tale of print and page. In fact, the novel—short though it is—is, in my opinion, Dickens’ best. The Muppets’ adaptation is perhaps the only one that cares enough about the beautiful prose of the original author to insert the lines directly into the film. The whole cast of The Muppet Christmas Carol brings the classic holiday tale to life in an unforgettable way. Each character offers his or her unique charm and humor to their roles, whether that be Kermit’s heartwarming line readings, Miss Piggy’s feistiness, or Fozzie’s unrelenting joy, every muppeteer and voice actor brings their A-game.

Unlike the Netflix version (staaaay awaaay), the soundtrack to The Muppet Christmas Carol features a bevy of songs new and old that feel right at home in the story. The opening song, Scrooge, is a rousing and upbeat number that sets the tone for the rest of the film. Along with it are multiple other original tunes, such as the Kermit/Piggie duet One More Sleep ‘Til Christmas. Classic songs like Deck the Halls, We Wish You a Merry Christmas, and God Rest Ye Merry Gentlemen, fit the era of the story’s setting, and with the Muppets providing the vocals, it’s hard not to want to smile and sing along.

All that said, it’s not the soundtrack that makes or breaks any version of A Christmas Carol. It’s the central character that has to rise to the occasion: Scrooge. In this case, there might be no better version ever put to film than Michael Caine’s. The veteran actor is nothing short of outstanding. From the moment he steps onto the scene, Caine brings a necessary realism to a production otherwise overflowing with muppets. His gruff, no–nonsense attitude towards life and love is perfectly balanced with a subtle warmth and charm that allows him to connect with the audience. Caine is able to make Scrooge both likable and loathsome at the same time, without tipping the scales too much toward niceness before his conversion, and without making him too loathsome that the audience can’t root for his conversion in the first place. As much as “Scrooge” is a role that lends itself to caricature, there really have only been a select few who have been able to get just the right level of subtlety out of the character. Caine does it perfectly. 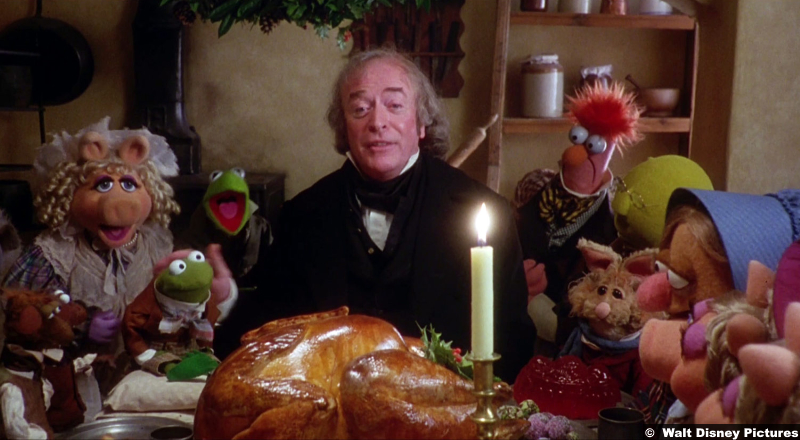 In that regard, the true unsung hero of the film is director Brian Henson. Stepping into his father’s shoes barely a year after he died, Brian balanced the humanity of the starring role (and the humanity of the story in general) with the expected level of witty humor the Muppets had been known for going back a quarter-century. For all the praise we give Michael Caine for being so theatrical and sober amidst the silly characters, and for all the props we give the “movie” for making the story both fun and faithful, Henson deserves as much praise. He was the one guiding the production. He was the one first tasked with continuing what his father began. The weight on his shoulders was enormous and, with the help of a veteran muppeteer and Hollywood director like Frank Oz at his side, Brian Henson turned the film from a simple made-for-tv adaptation into one of the most beloved versions of A Christmas Carol ever made.