Before I got the official title for this episode, it was just labeled as “FIFTY,” because that’s what it is–the 50th episode of Riverdale. Gosh, were we ever so young?

The show marks the milestone in a subtle (for it) way, by making part of the episode a celebration of FP’s 50th birthday. That seems a bit older than I would have estimated, based solely on the episode “Midnight Club,” but maybe FP was held back. Yeah, we’ll go with that.

Anyway, that celebration takes place at Le Bonne Nuit, which has quickly become the go-to place for everything. Well, almost everything. Before we get to the party, let’s cover some other ground. As we learned recently, for example, that infernal “kill the Red Paladin quest” is still in effect. That’s a real bummer for Archie, obviously, because he’d rather stay alive. 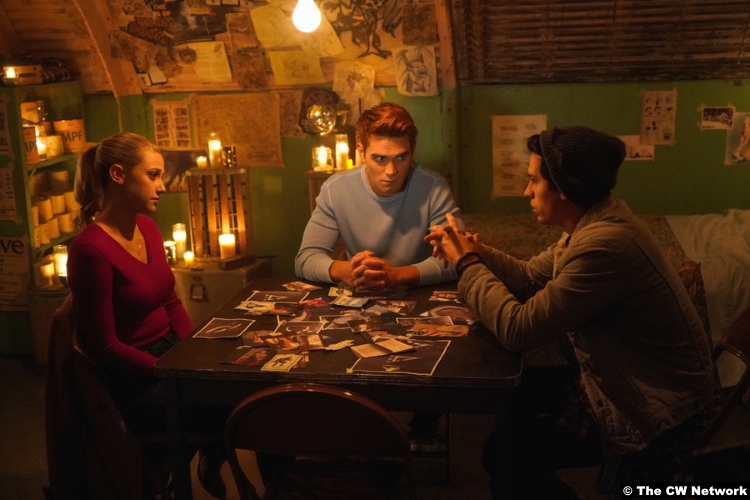 To that end, Hiram, who is responsible for the quest’s existence, gives Archie the keys to a shuttered boxing gym. There, the Red Paladin will make his stand. For one night and one night only, G&G players who’ve been given the quest–less than a dozen remaining now–will have the opportunity to face Archie in the boxing ring. They have 3 minutes to attempt to murder him. Okay, but what if someone had just shown up and shot him? I know that’s against the rules or whatever, but these people have already proven themselves to be bananas about a frickin’ game.

But my worries are for naught, because no one actually does that. In fact, despite a late rally from an adult Leopold & Loeb guard* (Link Baker), Archie fends them all off. The Red Paladin is safe for now. And hey, he has his own boxing gym–there’s no way Hiram gave him that with strings attached!

*[extremely Pusha-T voice] You are fighting a child, let that boy come home.

Despite a good turn for Archie, other Riverdale residents don’t fare as well, especially if they’re in relationships. There’s been friction between Cheryl and Toni ever since they left the Serpents, which only ramped up when the Poisons were created. It’s unclear if their break in this episode will be goodbye for good, but it’s definitely goodbye for now. (And then I say that and they’ll be back together next week.) 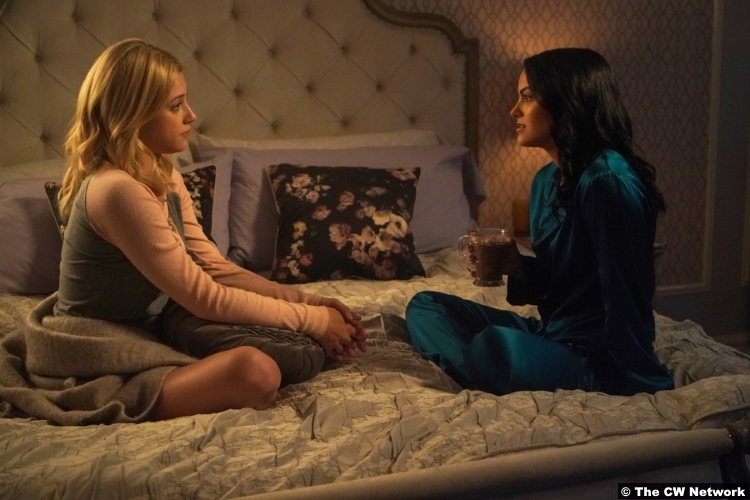 Reggie and Veronica’s whatever also comes to a halt. Like Sweet Pea with Josie, Reggie wants to feel like a valued member of a relationship, not just a side piece. He has a point–and Lord knows he needs some attention with the way his father’s abuse goes unnoticed–but Veronica kind of has a lot going on right now. And she just broke up with Archie like, 5 minutes ago. So she buys Reggie’s car back for him, which in theory is a sweet gesture, but is really more adding insult to injury.

Pretty much the most stable relationship this week is Bughead. Thanks to her stay with Veronica, Betty is able to tip off Jughead to Gladys’s designs on the town. When confronted, Gladys is a regular improv performer, basically “Yes and”ing her way through her son’s objections. She’s also the mysterious buyer of the Cooper home, by the way, which she intends to make the new home for her family. 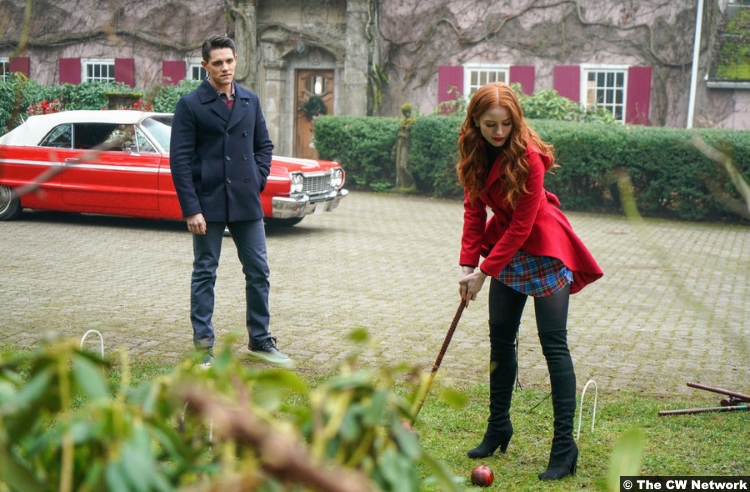 By the time FP’s party comes around, Jughead is full of this (pretty) poison, but he can’t bring himself to rain on his dad’s parade. He almost says something in his toast to FP, but then swerves at the last moment. Even Jughead, one of the most cynical Riverdalians, would rather have peace than the truth sometimes.

8/10 – As this is a milestone episode, I’ll grade it on a curve. It’s funny that despite how similar they are in a lot of ways, I find Gladys and her shenanigans a lot more entertaining than Hiram. And since we got more of the former than the latter, bonus points. Also, they need ’em, because next week…is another musical episode, I say through gritted teeth.