Riverdale S03E10 Review: The Stranger – How is that even legal?

As the episode began and Jughead did his voiceover about the still-living Archie, the titular stranger, returning to town, I was primed to make a Red Headed Stranger joke. And then it turned out that Archie dyed his hair before coming back. You and I might have different priorities immediately following a near-fatal bear attack, but this is Riverdale. And he immediately changes it again once he returns.

I know there’s all that drama that preceded his leaving town to begin with, but let’s put that on the back burner for a bit, because the show has finally remembered something I can never forget: These kids are in high school and should be doing high school things. Like the SATs, which are this week.

Now I know what you’re thinking (if you attended American schools.) “Salome, there are several SAT testing dates and you have to register for them in advance. Even the late registration date is more than a week before the test!” I know, I know. But this is a world of American Excess cards and Glamourge eggs, so let’s just put standardized test facts in the pile with those. 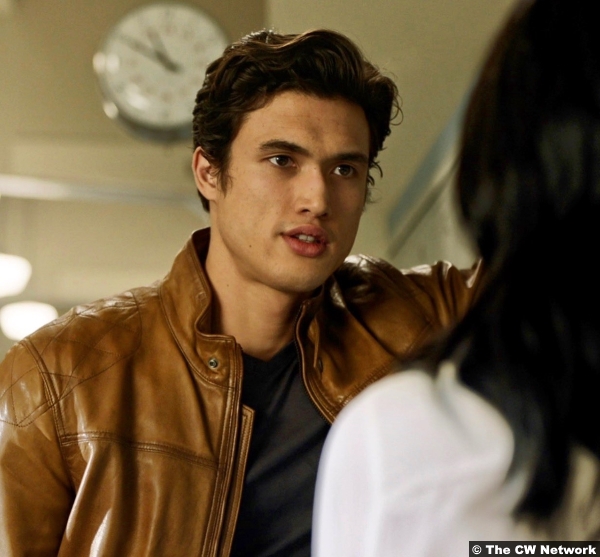 And besides tests, there’s other high school drama to deal with, like the fact that Veronica does not want Archie finding out about her kissing Reggie. Reggie is surprisingly sanguine about the whole thing, but then he blows it when Archie says he wants to talk about “cheating.” When Reggie understandably starts downplaying what happened, Archie is confused. And really, Reggie could’ve gotten out of this. As soon as Archie said, “What are you talking about?”, all Reggie had to do was say, “What are you talking about?” and then quickly change the subject or point out a squirrel.

Instead, he fesses up to the kiss, but it’s not a big deal. And by the way, Archie was talking about cheating on the SATs, because his prep isn’t going well. In fact, Principal Weatherbee thinks it would be a good idea if Archie was held back. In a sweetly teenage response, all Archie cares about is that he won’t get to graduate with his friends. Couldn’t he do summer school or something? And take the SATs later? 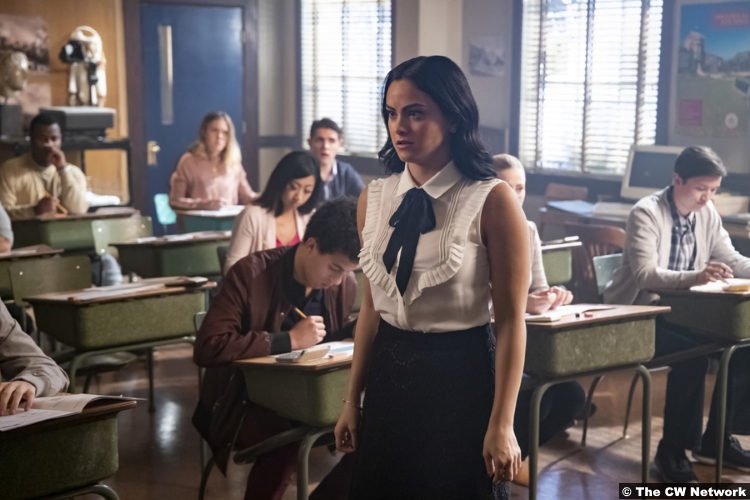 Meanwhile, Betty finds out that Alice has drained all her Blossom money and given it to the Farm. Since that money includes Betty’s future college tuition, she’s furious. An airy-fairy Alice shrugs that she can study at the Farm. First of all, ma’am, that’s not an accredited university. Second of all, like Betty isn’t going to get scholarships.

Anyway, Alice forged Hal’s signature, forcing Betty to visit her dad so he’ll sign an affidavit to that effect. Hal is in a full-on Hannibal Lecter glass cell, which is just amazing. He agrees to help out Betty, but does it in a way that has her chasing her tail re: the Gargoyle King. Basically, it’s all just a ploy so she’ll visit him more often. And she does, if only because she doesn’t have any other family in her corner.

In other news, Fangs has successfully infiltrated the Gargoyles, allowing the Serpents to unmask their leader. And it’s Tall Boy. Yes, we all thought he was dead. And now he is, because Fangs accidentally shot him in the bunker. When Jughead returns to this scene, both Fangs and Sweet Pea are hollering at the top of their lungs, which I appreciated. One of my pet peeves is when a character shoots a gun in an enclosed space and the next few minutes aren’t just people yelling, “WHAT DID YOU SAY?!” (Guns are loud.)

That is, unless you use a silencer, which someone does to plug Hiram in the chest. He’s not dead, but he’ll be recuperating for a bit. Veronica can’t help but suspect Archie, since he stormed out of the SATs and you know, he has talked about murdering Hiram. I don’t think it’s him, but we don’t know yet. Anyway, they break up again.

At the same time, Jughead is throwing a party to celebrate Fangs’s return (and to cover up that unfortunate murder they committed). A cop car pulls up and it’s driven by the new sheriff, one Forsythe Pendleton Jones. Hermione had told him just after Hiram’s shooting that “it’s time,” but her meaning wasn’t clear until now. Is she making anti-Hiram moves?

8/10 – I’m going to start a podcast about Riverdale called “How Is That Legal?” Like, how is legal for FP to be the sheriff? He’s a felon! I mean, I love it, but I don’t get it. I also love (but also get) Veronica and Archie’s breaking up. It’s not that I have something against them as a couple–just that I think it’s better storywise to have them spend some time apart. And speaking of the story, we’re now pretty deep into this season and we still haven’t seen Edgar yet. I know Betty’s had her hands full, but I’m surprised she hasn’t tracked him down already. So when’s he going to show up?