Riverdale returns this week with its mid-season premiere. In case you’ve already forgotten where we are, Archie’s been exiled to Canada, while the rest of the gang back home tries to deal with Hiram’s increasingly obtuse machinations.

In a voiceover, Jughead says that Archie is in the “Canadian hinterlands.” Since Archie has actually somehow gotten in a job in a rather well-traveled national park (?), I’m guessing that’s a reference to the Hinterland Who’s Who, which my Canadian friends remember fondly. 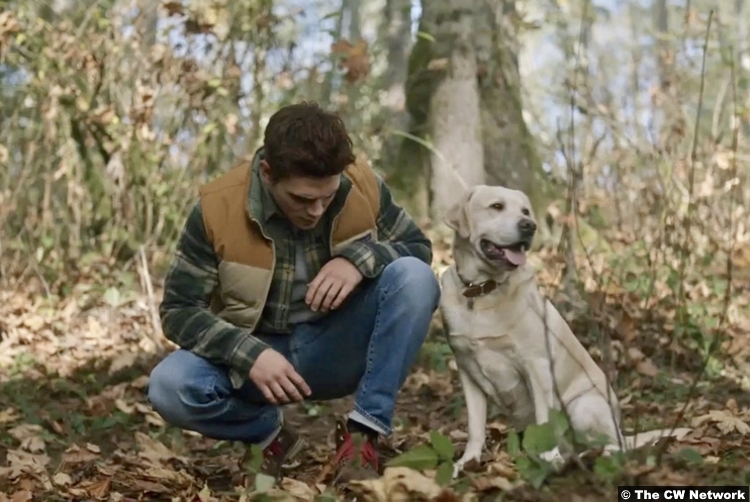 I say “somehow” because again, he’s basically a child. And he is in no way prepared for this kind of responsibility. How do I know that? After getting a warning about an uptick in bear sightings, he sees fresh tracks on a trail and doesn’t skedaddle immediately. It’s not as dumb as Leonardo DiCaprio’s character trying to tussle again with a mama bear in The Revenant after she’s taken him out of the game once, but it’s still pretty…let’s just say classic Archie. Anyway, he manages to get away, but not before taking some nasty slashes to his chest. (Most importantly, Vegas is fine.)

Back in the safety of his cabin–seriously, are they hiring?–Archie drifts into a delirium that finds him playing rounds of G&G with a lot of dead people and some living. While he’s doing that, let’s check back on the town with pep. The quarantine having been lifted–it’s been XX days since our last seizure, etc.–things are a little better in Riverdale. They’re not great, though. Someone has perhaps remembered that these teenagers are supposed to be attending class and whatnot, because now the school is a “crypto-fascist” institution where Cheryl and Toni are scolded for holding hands in the hallway. 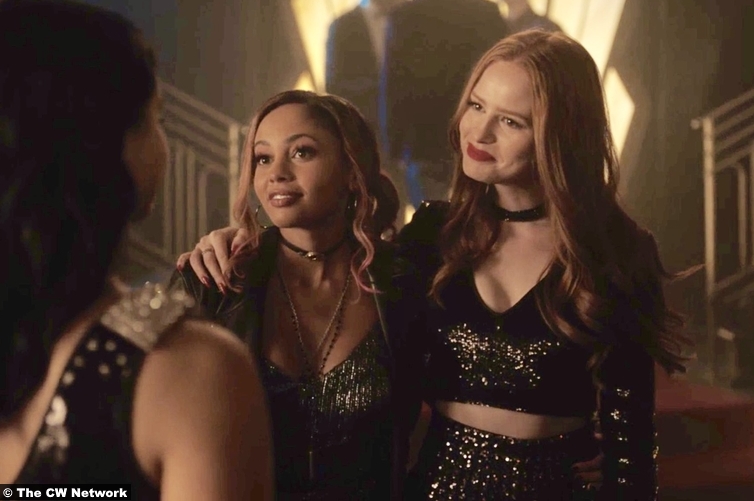 And speaking of those two, I wanted more for them to do, so I guess this is what I get. Low on income, apparently, the two have taken to burglarizing local homes. (Cheryl at one point is wearing an $800 outfit, by the way.) I guess that’s not as bad as Fangs, though, who’s slinging fizzle rocks. All of them will end up being drummed out of the Serpents for their sins, although Fangs is going undercover as a Gargoyle and the gals will surely be allowed back in.

And Gargoyles. Which ones should I start with? I rolled the dice and it says the game. Okay. After Betty rescued all the kids from the Sisters, they’ve all been just sleeping in her living room. Honestly, I can’t believe Alice let it go on as long as she did before calling Edgar to collect them. And by “as long as she did,” I mean longer than like, five minutes.

Then there’s the Gargoyles gang. In case you forgot, they’re basically Hiram’s flunkies. To that end, they come in handy disrupting Reggie’s beer runs for Bonne Nuit. Because they’re doing that now. When they started showing the club and how popular it was, I was like, “No way are teenagers flocking to this place for mocktails and Cabaret karaoke.” Because they’re not! They’re getting hammered.

Anyway, instead of buying protection from Daddy, Veronica hires the Serpents  (who do not unmask the one Gargoyle they catch). She also starts hooking up with Reggie. Since I know Camila Mendes and Charles Melton are actually dating in real life, I didn’t think anything of it for a moment. Then I remembered they’re supposed to be characters right now. I don’t know how this bodes for Varchie, but honestly, I’m okay with it myself. Just so long as I never have to call them Veggie. 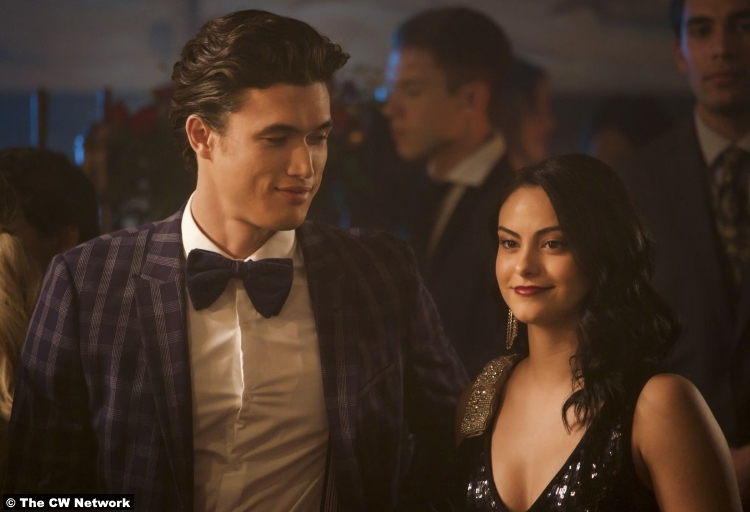 Meanwhile, as I guessed in a previous episode, the Sisters of Quiet Mercy, who were arrested sometime after the last episode, have no church affiliation anymore. That gives Betty, a teenager, leverage to pressure them to testify, which they agree to do. Then they get bailed out by a mystery person–Hi, Hiram–and Betty finds them in the gargoyle room, dead in a mass suicide that looks like something out of The Nun. At least that awful place is shut down now. I hope.

Back up in Canada, the end result of Archie’s fever dreams is that he finally knows who’s to blame for his lot and it’s the kid in the mirror. Sure, he’s made (A LOT of) mistakes, but he’s also been through a lot of trauma. And he seems to have been doing pretty well for himself away from Riverdale, at least, up until this point. So it’s a real shame when the park ranger finally reaches him and he’s unresponsive. I’ve always said this show would never kill Archie Andrews. But like, what if they did?

7/10 – Although this was not the most entertaining return to the show, I’ll gladly take it if it means having one less tangled and strangled storyline. (I mean the Sisters. Despite my roasting, I don’t wish Archie were dead.)

(I did look up what to do when you run into a bear, btw, and it said, “Identify yourself by talking calmly so the bear knows you are a human,” and now I’m yelling. Stay safe. Introduce yourself to bears.)