In January, we kicked off the series by looking back at Robocop, one of the weirdest, wildest, most audacious action films of the 1980s. In February, we looked at what might just be “the perfect movie,” The Princess Bride. 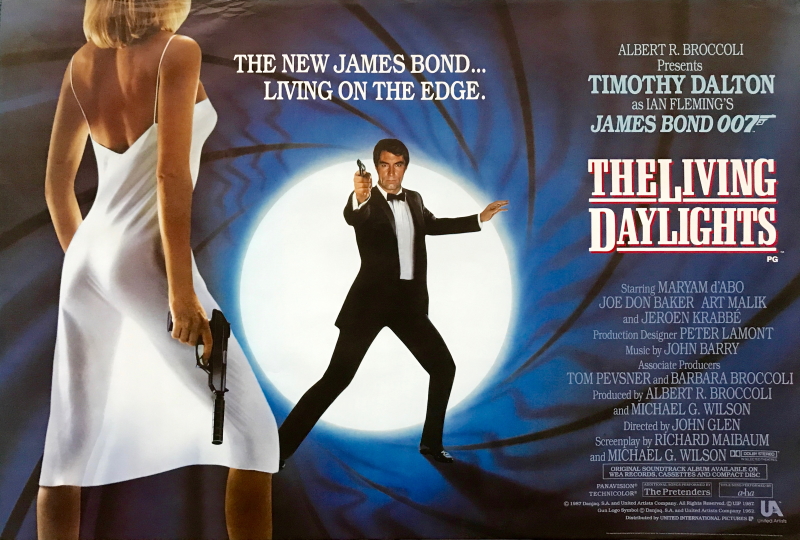 The 1980s were a difficult time for the James Bond film franchise.

Four official films were released in the decade, as well as an unofficial film. The first was 1981’s For Your Eyes Only. This was Roger Moore’s fifth outing as Bond and by this point, he was 51 years old, a full decade older than Sean Connery when he left the “official” franchise in 1971. After the cringy Moonraker, For Your Eyes Only was supposed to be a return to a grittier take on the character. It was certainly grittier than the sometimes cartoonish Moonraker, but it was hardly a return to form. The follow-up was Octopussy which had the ridiculous name, the old Moore dressed as a clown, and a long, meandering runtime. It was a doomed film that made money, but less than the former film. In fact, Bond movies had been steadily declining at the box office going back to Moonraker. The next, A View to a Kill, featured a 58-year-old Roger Moore struggling even to “jog” through action scenes. The perception of James Bond was that he was a relic, a dying character of a bygone era. That perception was not helped by the unofficial James Bond movie that was released in 1983 and featured a 63-year-old Sean Connery returning to the role of James Bond.

Fresh blood was needed and there was an actor that the Broccoli family had been pursuing for literal decades that was the hope to set things right.

Timothy Dalton was offered the role of James Bond way back in 1967 when he was just 21 years old. That would have made him a full decade younger than Sean Connery when he was cast for Dr. No. Sensing he was too young for the part, Dalton declined and the part eventually fell to 30-year-old George Lazenby (for a single movie, at least). He was pursued again after Lazenby’s single outing, but he again passed on the part in Diamonds are Forever. He was offered again to play the part in For Your Eyes Only, but Moore decided to return and Dalton got bumped. He was offered again and again for each of the next two Bond films, and on both occasions, Dalton expressed interest but declined due to scheduling conflicts. 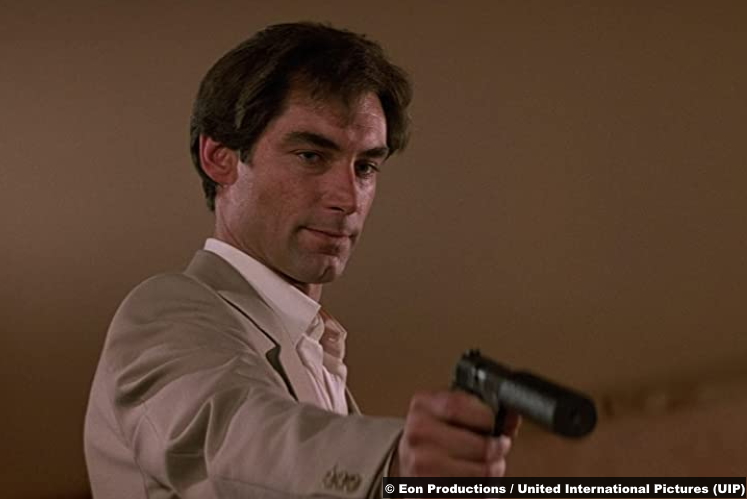 It seemed fate would prevent the man the Broccoli’s saw as their next 007 from ever getting the part.

In what looked like yet another failure to land their man, Dalton originally had to decline the 007 part for The Living Daylights, due to his work on the film Brenda Starr. At this point, there was no going back to Roger Moore, so the Broccolis went for another young Brit, setting their sights on Pierce Brosnan, who was just finishing up his fourth season of Remmington Steele for NBC. His TV contract precluded him from signing a movie deal, but when all signs pointed to the show being canceled, Brosnan agreed to play the role of Bond. That’s right around the time NBC decided they wanted the new James Bond to return to Remmington Steele, so they re-upped the show for a fifth season. In response, the Broccoli family said “no TV star will play Bond” and reneged on their offer. THAT resulted in NBC deciding they didn’t want Remmington Steele after all and canceled the fifth season after only five episodes. As it turned out, the back-and-forth delaying gave Dalton enough time to finish his other film commitment, freeing him up to play Bond after all. In the end, only Pierce Brosnan was left twisting in the wind.

Poor guy; hope it works out for him.

As for Dalton, he ended up playing the role of Bond in only two films, before legal disputes arose between MGM, United Artists, and the Broccoli family. The constant delays stretched well into the 90s before Dalton had to bow out with a third film on his contract never fulfilled. With the fall of the USSR (Bond’s other major recurring nemesis, after Blofeld/Spectre), everyone involved in the production decided to reboot the series for the post-Cold War age, and cast a new actor in the role (some guy…dunno who).

The immediate success of GoldenEye 007 led to a sort of retroactive dismissal of the two Dalton movies, which is a shame because, though they are relics of a bygone era, they basically accomplished everything they set out to do. The Living Daylights was designed to be a reboot in almost every way. The only thing the Broccoli family pushed back on was the idea of centering the story around Bond’s first mission as a “00.”

Because who would want to see a movie about that, right?

Everything else about the movie was meant to be fresh and modern for the late-80s. This Bond was a far cry from the sad, almost creepy horny grandad vibes that Moore’s performance was giving off in his final outings. This Bond was young, fierce, violent. He had no time for jokes and little time for romance. At the time this was a polarizing move, as many felt the “charm” of Bond was in the way he had a quip for every kill and a kiss for every lady. The fact that GoldenEye brought those elements back, while still retaining a level of grit and action, made the Dalton movies feel more like flawed proofs of concept than fully-fledged Bond films capable of standing on their own. 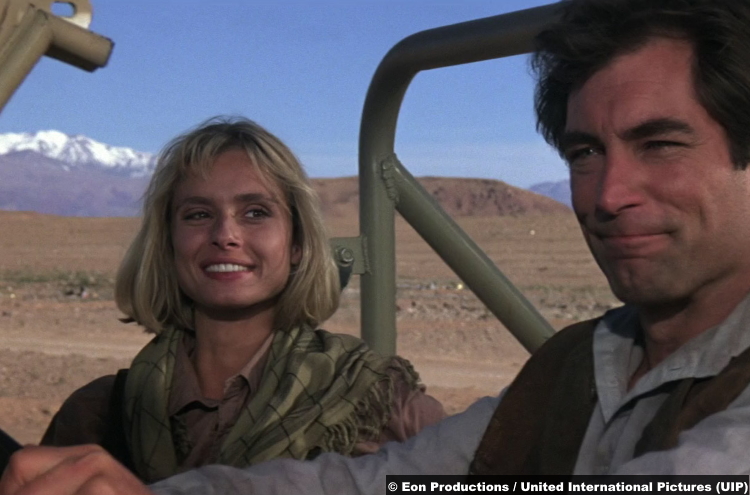 Revisiting The Living Daylights, however (now that GoldenEye’s greatness is baked in and can be set aside as needed), makes for a genuinely good time. The plot is hardly the most inventive for the franchise, with Bond hunting after a KGB General with a bloodlust for killing spies. The story goes a bit off the rails when it gets into diamond smuggling and drug running, and the whole movie feels about 20 minutes longer than it needs to be, but there’s such a realness to the way Dalton plays the character; it elevates every scene he’s in. And since he’s James Bond, that’s most of the scenes. Imagining this story with Roger Moore’s Bond, or even the more relaxed Brosnan, just wouldn’t work. This Bond needed to be a cold-blooded man with a license to kill, otherwise, the thinness of everything else around him would have sunk the whole film. 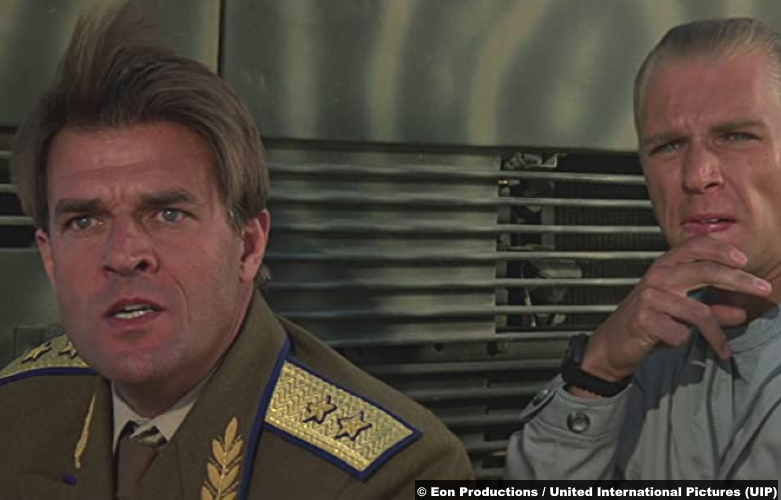 There’s obviously a market out there for more jovial Bonds, more suave Bonds, or even more sad old grandfatherly Bond’s (I’m sure someone out there loves A View to a Kill), but I grew up loving only a handful of Bond movies: From Russia with Love, Goldfinger, the Dalton movies, and GoldenEye. The rest I often found too over the top, too silly, or too cringy to enjoy. The Daniel Craig movies came later and breathed life into the franchise that had died on the vine with Die Another Day, but even as I enjoy the five films starring the most recent James Bond, I can’t help but go back and appreciate the one who did it first. Timothy Dalton was Daniel Craig’s “gritty, ruthless” reboot of Bond before it was cool. His take on the character was so radically different from what cinemagoers were used to that it wasn’t appreciated in his day, but looking back it has all the magnetism, all the cunning, all the intensity that 007 should.