Harry and the Hendersons is still awesome, thirty-five years later

In January we started the series with Robocop, one of the most unique sci-fi action films of its day. After that, we shifted gears to the romantic fantasy-comedy (and just about every other genre) classic, The Princess Bride. We looked at 007’s fresh start with Timothy Dalton’s first crack at the icon in The Living Daylights. After that, we looked at Kubrick’s war masterpiece, Full Metal Jacket. Most recently, we looked at the delightful-but-bizarre Three Men and a Baby, a family comedy movie that spends a considerable amount of time focusing on drugs/crime. On the other hand, Lethal Weapon offered up a crime story garnished with humor and an unpredictable atmosphere.

For the scary season, we looked back on an underrated John Carpenter film, Prince of Darkness. Up next is a movie that isn’t scary, but it does feature a monster… 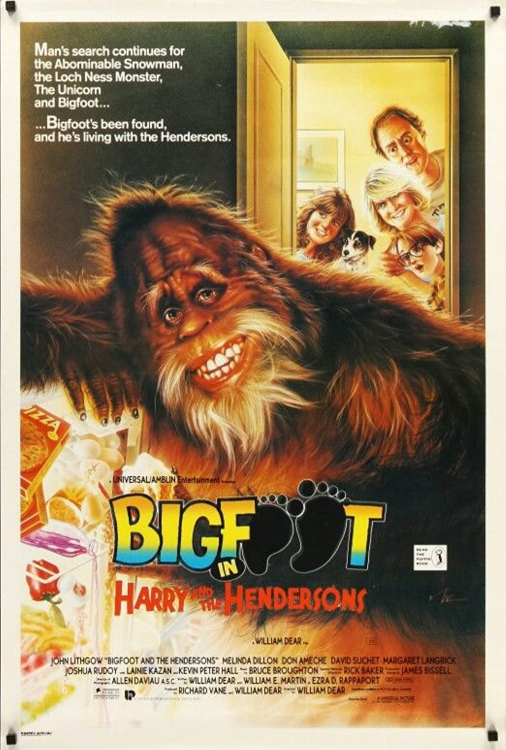 Harry and the Hendersons is the kind of movie that just doesn’t get made anymore. It’s too content to be simple, fluffy, and saccharine, without any pretense or ambitious aspiration. It is a silly, high-concept idea that is easily summarized (a dad accidentally hits Bigfoot with his car and decides to bring it home and adopt him into his family, while an obsessive poacher/hunter searches for the ultimate prize). It is a film that knows what it is (and isn’t): It’s E.T. with Bigfoot, albeit with a fraction of the depth, subtext, and charm. It is not a film concerned with stunning cinematography or memorable performances. It merely exists to be light-hearted, family-oriented, and peaceful.

What’s wrong with that?

It occurred to me, as the film neared its teary conclusion, that while Harry and the Hendersons is not the kind of movie that gets made anymore, its beats and heartstring tuggings live on as the Pixar template. Imagine this movie as a computer-animated film: Very little would need to change and really the only major concession would be with Harry himself. As a character in an animated movie, the magic of seeing the eight-foot giant is taken away; everyone is a digital creation. In live-action, it was an absolute marvel to watch the 7’2 actor Kevin Peter Hall perform in the Harry/Bigfoot suit. The lifts on his feet increased his height to 8’1, towering him over the already-tall (6’4) John Lithgow. Legendary makeup and practical effects maestro Rick Baker designed the suit and earned the film an Academy Award. 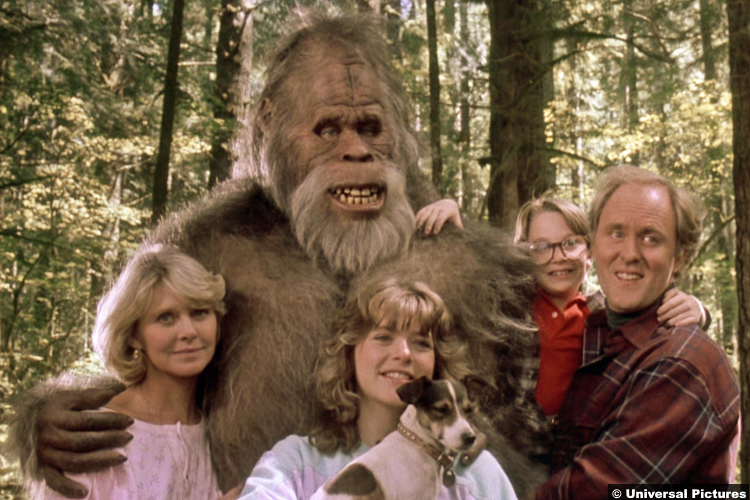 The effects work was almost too good, in fact, in that the studio decided to keep their Bigfoot a secret from the advertising, leaving only a few shadows and silhouettes to stand-in for the real thing. As a result, and due to the somewhat vague movie title, the film performed poorly at the box office (leading to a name change for overseas releases to “Bigfoot and the Hendersons”). Today, you basically have to avoid everything in media to go into a movie unspoiled. Perhaps there’s something to be said for the “reveal everything” strategy.

The unsung hero of the picture, though it should not be a surprise, is John Lithgow. The actor, by 1987, had already proved himself as a solid character actor, having appeared in Terms of Endearment, The Twilight Zone Movie, and 2010: The Year We Make Contact. Rarely was he allowed to flex his comedic chops, however, and it would not be for another decade before he cemented himself as a comedy master in the NBC sitcom Third Rock from the Sun. In Harry and the Hendersons, he gets to show, if not “range” per se, then at least a willingness to cut loose. Even now, when he appears in dramatic works like The Crown, Interstellar, or Rise of the Planet of the Apes, he is regarded as a comedian branching out, rather than a dramatic actor coming home. It’s unlikely he would have been given the chance with Third Rock had it not been for Harry and the Hendersons. 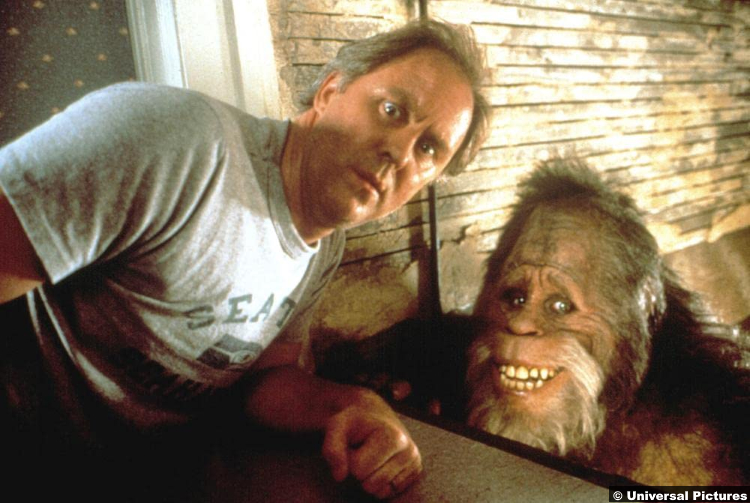 It would be a mistake to sit down to such a movie expecting to watch art in motion. Instead, what Harry and the Hendersons offers is a simple, easy-to-follow, enjoyable family movie about the challenges of trying to keep Bigfoot as a pet. And if that seems too silly for you, there’s not much I can say to change your mind. The movie is silly; that’s basically the point.

If the movie is anything, it’s an allegory for the concerns that must be appreciated before adopting a dog. Do I think that allegory was on anyone’s mind, other than as an offhand joke, during the shooting of the movie? Not a bit, but it’s there if you’re so inclined to find a subtext in everything. I say, save the subtext for Citizen Kane. Harry and the Hendersons has as much depth as a toothpaste commercial, but that doesn’t work against it. The film remains a happy one, and while it might just be the rose-colored glasses on my nose, it seems to me like it holds up as delightfully now as it did when I first watched it on VHS in the late-80s…and it’s still awesome, thirty-five years later.