Despite the feeling that a lot is going on this week, nothing much really happens. I mean, RIP, character–no spoilers until further down–but nothing that really moves the plot forward happens this week. Unfortunately, that makes the episode feel a little bit scattered. 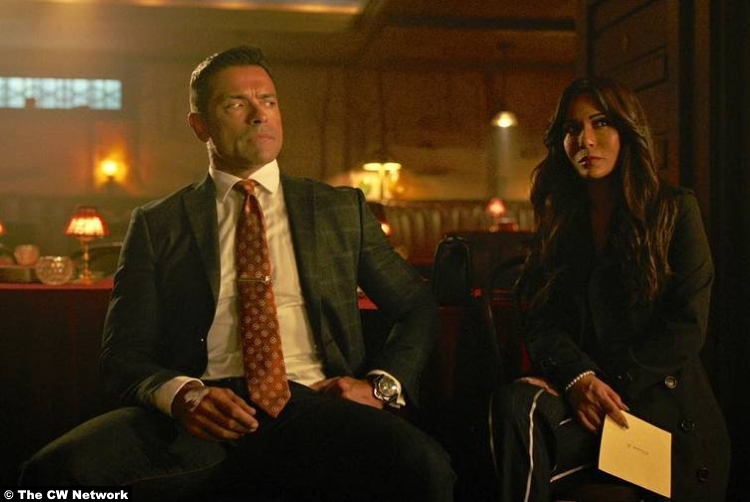 Partly that has to do with the fact that everyone’s working alone or in pairs and so the characters themselves are literally scattered. Veronica is running all over the place trying to prove Archie’s innocence. She actually does it, because the ding dong dangles who framed him–*checks notes* uh, her dad and Sheriff Minetta–really bungled the footage of their witness interviews. They’ve obviously been edited and the so-called witnesses influenced. But that’s okay, I guess, since no one noticed until way after the trial, when this teenager figured it out. Anyway, her work lands her in jail–for trespassing in her mom’s office–for a bit and Hiram shows up to gloat, but Sierra turns over the footage to a judge, who overturns Archie’s conviction. Boy, that’s fast.

Speaking of Hiram, I have not enjoyed him more ever than in his scene with Jughead this week. From his opening, in which he assumes Jughead has lost his mind, to Mark Consuelos’s reading of the line “I’m not some 16-year-old nerd,” it was all bliss. Jughead meets with him, by the way, to J’ACCUSE him of being the Gargoyle King. Or at least, the person pulling the strings behind the actions of the late Warden Norton and others. 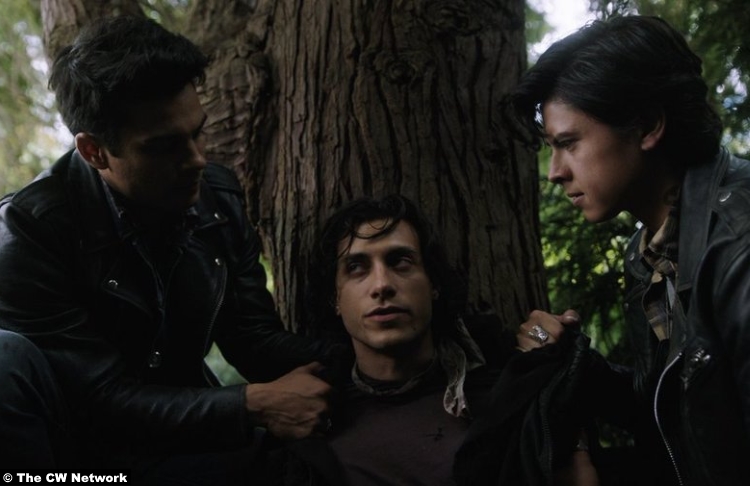 After all, as the newly located Joaquin tells the Serpents, the Warden got a specific command to kill Archie. Who else would care that much about young Archibald? As for his past actions, including stabbing Archie, Joaquin says he had to become a pawn to survive at Leopold & Loeb. But sadly, pawns are often sacrificed, and that’s what happens to Joaquin when he’s left alone–he’s murdered, with the symbol for “sacrifice” drawn on his head.

Also killed are the “witnesses” who claimed they saw Archie commit murder. So despite the work that Veronica has done to free him, Archie picks up and leaves town via the railroad tracks to the strains of “The Battle of Paladin.” It’s strange, but Archie seems to be the only one in his relationship who’s figured out that winning a minor battle against Hiram doesn’t stop the war. 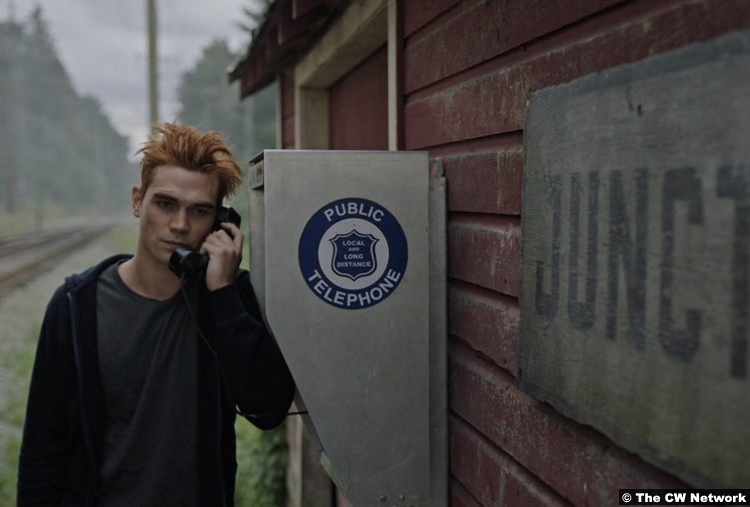 Hiram denies being the Gargoyle King, by the way. They have a compelling reason for accusing him, besides his obvious criminality. Norton was the ROTC instructor at the high school when the parents were students there, so Hiram could have had a previous relationship with him. Betty confronts the parents with this information, but doesn’t get much in return. Fred doesn’t even seem to react to the news about Hiram and the warden. And no one really seems to care that Marty (Matthew Yang King) punched his son, even though his denial is as weak as baby fists.

The one thing Betty gets: Penelope says that Daryl Doiley killed the principal accidentally because of his love for her–sure–and when he tried again to win her over when they were adults, he committed suicide after she once again rebuffed him. 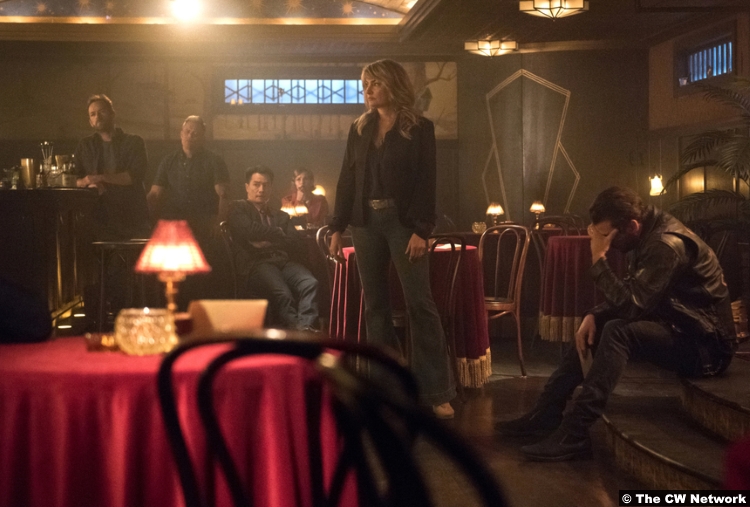 But Betty’s inside source and my rapidly ascending new favorite character, Dr. Curdle, Jr., says that Daryl was dead before his car was filled with carbon monoxide. He actually died from oleander poisoning. You know, oleander–the pretty white flower that Penelope Blossom grows. Like Hiram, she also issues a firm denial. In addition, she points Betty toward Alice, who wrote the story for the Register about Daryl’s suicide.

Alice is a bit squirrelly about it, but Betty doesn’t really get a chance to press the issue, as the (a?) Gargoyle King appears right in the Cooper living room. They try to make a run for the door, but when someone’s there when they open it, they run upstairs to Betty’s room. There, they find Daryl’s headstone, with his name marked out and their names painted on. That’s, uh, not great. THEN someone’s climbing through Betty’s window, but luckily, it’s just FP. (Mmm-hmm.*)

After that, Alice decides that it’s just not safe for them there anymore, so she’s going to the farm. Betty, whom she knows would never agree to that, is going to the safest place for her, the Sisters of Quiet Mercy. You mean the place like, everyone on this show has broken into, where they’re probably still torturing kids?

At Sisters, Betty’s told that they’ll help her with her problem, but she doesn’t have a problem. Or at least, not one that needs to be treated. A sadly quiet and compliant Betty allows herself into be led into an art therapy session, where everyone’s painting the Gargoyle King. Wait, could all this madness be coming from Sisters and not the farm? (Yes, it definitely could. This place is bad news.)

7/10 – This episode was kind of a letdown after the last episode’s freewheeling frenzy, but that’s okay. They can’t all be that much fun. I do wish, however, that they’d been able to tie the disparate storyline strings together a little better, because as I mentioned in the opening, things came off a bit scattered. I didn’t even get a chance to mention Josie’s unnerving seizure. There are a lot of pieces here, but no one’s completed the puzzle yet.

*As Betty and Alice ran upstairs and their Jiffy Pop started cooking, I spotted the Scream homage right away–please, Sidney Prescott is my favorite final girl of all time. But having Skeet Ulrich in the scene had me yellin’, “Boy, if you don’t get out their window!”