Even though it was teased in the promo for this episode, I never thought they’d actually cough up a name for the Gargoyle King. I just assumed it would be another fake-out in a cavalcade of fake-outs. But it happened, and once that name was revealed, I yelled so loud, I’m pretty sure that I ascended.

But before we got to that moment, we were at the Farm, where Betty’s clad in a Farmie t-shirt that does nothing for her. She’s attending a kind of group family therapy wherein Polly and Alice tell her that the whole family was once tested and Betty had the “serial killer genes.”* Sure. To stave off her following in her father’s bloody footsteps, she needs to get to the root of Dark Betty. 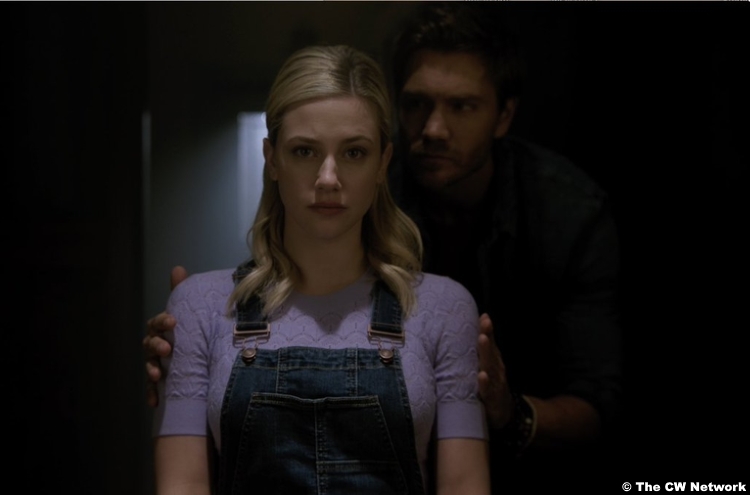 To do that, we attend one of those private therapy sessions with Edgar. Somehow, he produces another Betty, her shadow self, who tells real Betty all about the violence in her childhood that she’s allegedly repressed. This includes drowning her poor cat Caramel, whom our Betty insists ran away–grrrr–and pushing Polly down the stairs. Damn, Betty.

After this session, she fact-checks that last detail with her sister and finds it confirmed. Meanwhile, I’m wondering how exactly they pull off this little stunt–seeing someone like that. I was imagining hallucinogens. It turned out to be much simpler.

Edgar has one of those clicky-clacky Newton’s cradle desk toys on his desk and he apparently uses that as a hypnosis tool. Taking a cue from Get Out, Betty, in her next therapy session, just plugs her ears. When her shadow self appears, we’re all able to see that it’s just Polly, kitted out to look like Betty. So Polly’s a part of this, but what is this, exactly?

Evelyn receiving anti-rejection drugs and a scar on Kevin provide the clues. Edgar is using the therapy sessions as a pretext for performing surgery. In theory, he’s removing the parts of the Farmies that cause them emotional pain. In reality, he’s harvesting their organs.

After putting this together, Betty finally manages to break Cheryl out of her Farmie daze by showing her a heart on ice. In the ensuing semi-chaos, Toni is able to escape because Cheryl stays behind to stall the guards. Betty is also rounded up and then prepped for her surgery. Since her pain manifests in her head, this is not great for her. 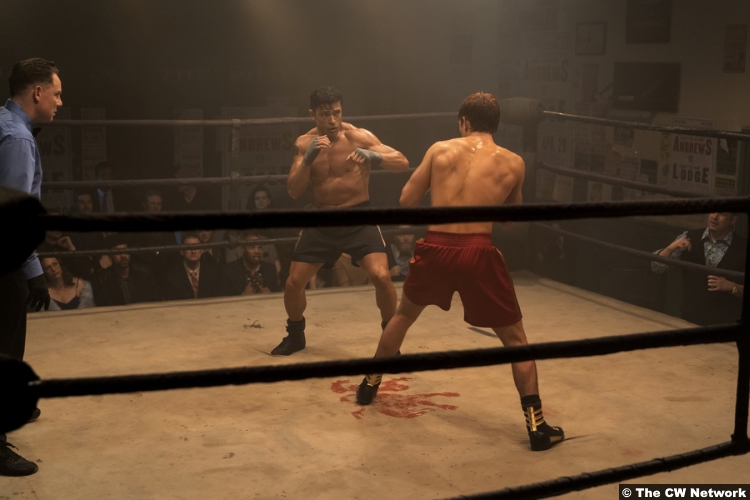 Meanwhile, back in Riverdale, things are as crackers as they usually are. Veronica hatches a scheme to get her dad taken down by the FBI. It’s a scheme that involves her dad, a grown-ass man, boxing youth Archie Andrews, while Veronica sings the world’s most bloodless cover of Beyonce’s “Daddy Lessons.” I don’t want to talk about it. (Beyonce, sweetie, I’m so sorry.) Anyway, Hiram is in jail by the end of the episode. 😁 He probably won’t stay there, but we have tonight. Also, Archie gets to deliver the line, “Yeah, Ronnie, your dad sucks,” which I will take as a gift to me.

And then there’s Jughead, still hot on the trail of the G&G mystery. After tracing the envelope Betty got last week to Ricky, Jug finds out that Ricky is in Fox Forest, waiting to ascend. So of course, he sprints over there, eager to be the first one in a trap. Shocker–it’s a trap. Jug manages to escape a herd of *checks notes* children in scout uniforms by holing up inside the world’s grossest bunker. There he finds Ethel, whom absolutely no one has noticed is missing. 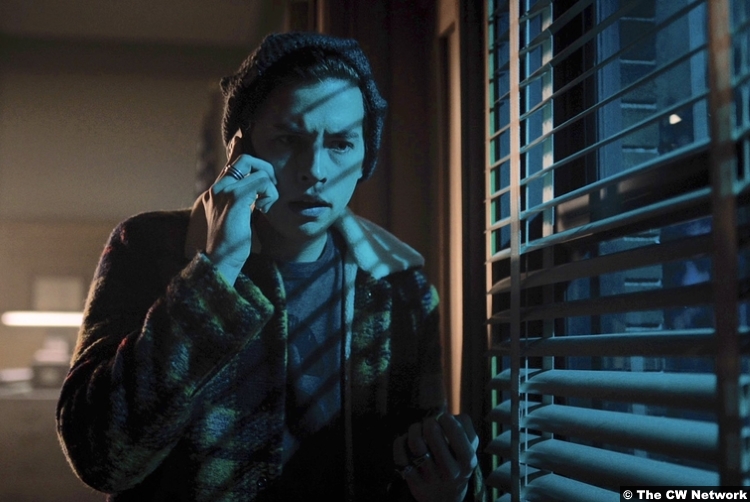 As a thanks for rescuing her and helping take care of the “Lost Boys,” she tells him the identity of the Gargoyle King. And it’s Jason Blossom. WHAT?! I’m not even sure how that’s possible, but something’s definitely hinky with him. Because when Jughead goes to check Jason’s grave, he finds nothing but an empty coffin.

Okay, so. There are a few possibilities here. One, someone is pretending to be Jason, much in the same way Polly pretended to be Betty. Two, Jason faked his death somehow. His dad ended up having a secret twin, so he and Cheryl could have a secret triplet out there. Three, some cuckoo bananas possibility I can’t even fathom. (Aliens?) And knowing this show, that’s probably what it’ll be.

8/10 – Out of all the wild places I imagined the Farm storyline going, I did not picture black market organ-selling. Even with Edgar’s seeming confession last week that they may be cannibals, this was a surprise. However, in a town this rife with corruption and crime, I guess it’s not that unexpected.

*Salome, is that real?: Kinda? There is evidence that those genes can cause a predisposition to violence, but that’s usually in conjunction with early trauma, like severe childhood abuse. Having those genes, though, is not an indication that a person is inherently violent or will become a serial killer.

Also, fun fact: the title is a play on the title of a 1978 miniseries, The Dark Secret of Harvest Home. I’ve never seen it, but I did read the book upon which it’s based, Thomas Tryon’s Harvest Home, last summer. It was a slow burner, but effectively creepy.