AEW does not have a “WrestleMania.” It doesn’t have that one show that rises above all the others, where their biggest moments happen and where their greatest champions are coronated. The company only runs four major shows a year (a fifth, being the crossover with NJPW, Forbidden Door, is more of a special attraction event) and they like to say each of their four PPVs are equal in splendor and importance. It seems to me, however, that there’s a difference between All Out and, say, Revolution, just as there’s a difference between Double or Nothing and, say, Full Gear. AEW seems to have two A-shows and two B-shows. All Out is an A-show. It’s the spiritual successor to All In, the PPV that is basically AEW’s grandfather event. It’s been the show with the biggest moments, just as Double or Nothing has been the show with the biggest championship coronations.

Expectations were high, therefore, going into All Out 2022. The company was finally (almost) back to full strength, roster-wise, after dealing with a slew of injuries over the summer. Ratings had been ticking back up as well, and it seems like some of the goodwill that WWE had bought itself in the post-Vince McMahon era has bled over with fans being more excited about all the pro wrestling that’s available to them, AEW included.

Now that the show is over, how did it do in terms of capitalizing on that momentum? Are we looking at an autumn season of thrills and surprises, or will it be an early-arriving winter of discontent? 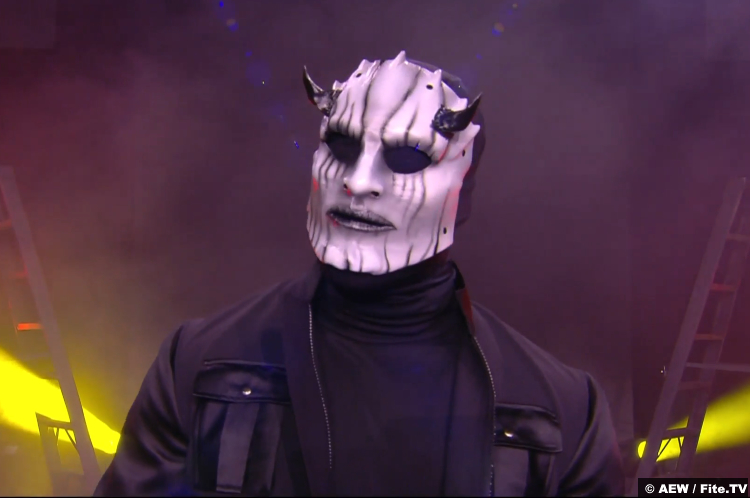 Viewers of All Out were treated to an excellent mixture of athletic competition and storyline-advancing moments. While there were some matches I wanted to see get more time (two in particular; more on that in a sec), I at least appreciate the desire to balance the wrestling with the various plots and storylines playing out on weekly TV. That’s what a PPV is supposed to do, within reason: It needs to give paying customers their money’s worth while also keeping them hooked to tune into the next show. When the balance is out of whack you either end up with PPVs that leave you with nowhere to go and with too much of a sense of finality to it all, or PPVs that only set up the next show, and leave the paying customer feeling cheated. AEW managed to have wall-to-wall wrestling, with a sprinkling of storylines that, while they sometimes led to questionable booking decisions (more on that in a sec), they also left me wondering what would come next.

Easily the most talked-about part of the show (the show, not the aftermath) was the return of MJF. If you think you know exactly what went down between him and Tony Khan—how much of it was a work, how much was legit, how much started as a work that turned legit, or how much started as legit and turned into a work—you do not. If someone tells you they know, unless that someone is Tony Khan or MJF, they are lying. Regardless of what went down, the most electrifying heel in the business is back after a sabbatical. He has a posse around him that look more imposing than The Pinnacle ever did, and he has a guaranteed shot at the world title. The way this all played out on the PPV was masterful: MJF’s stooges ensured his victory in the opening contest, with the man himself—wearing a demon/devil mask—being handed the title shot chip without getting a scratch on him. After that he revealed himself in the aftermath of the main event, flipping off the Chicago crowd (who nevertheless cheered him relentlessly) and the champ, CM Punk, who held his title high in the middle of the ring (to an alarmingly non-response from that same Chicago crowd). MJF, Punk and all of AEW Dynamite will be in Buffalo, NY this coming Wednesday. It’s not exactly MJF’s hometown, but it is more his region than Chicago. It’s not out of the realm of possibility that MJF is cheered like Stone Cold in 98 and Punk is showered with a litany of “Colt-Ca-ba-na, clap-clap-clapclapclap” chants. Why would people chant that at CM Punk? We’ll get back to that in the “ugly” section of this review.

Without question, the matches of the night belonged to the AEW Tag Title and Trios Title contests. The latter match saw The Young Bucks and Kenny Omega take on Hangman Adam Page and the Dark Order. It’s a match we’ve seen many times in various combinations but it had been a hot minute since the last time they all hooked up. The ongoing (scripted) drama that involves all the members (present and former) of The Elite continues to be captivating television. I know some people just can’t get into the style of work that the Young Bucks employ, but for me they’re electric. They move a hundred miles an hour and make a fifteen-minute match feel simultaneously like an eight-minute blast and a thirty-minute epic marathon. Kenny Omega’s qualities speak for themselves as do those of Hangman Page. The Dark Order, in particular John Silver, continue to be jobbers to the stars that the crowd refuses to give up on. They’re scrappy, lovable losers that always convince you they just might win before ultimately losing. All the pieces were in place for a melting pot of awesomeness and their match delivered. 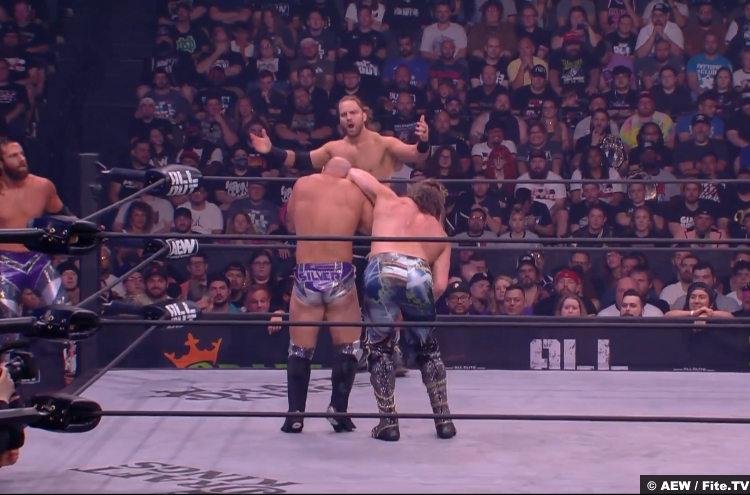 Probably the biggest crowd reaction of the night, from a sustained-enthusiasm perspective, belonged to the tag title match: Swerve Strickland/Keith Lee vs The Acclaimed. It’s been a long time since I’ve seen a crowd want to see someone win a match as badly as Chicago wanted to see Caster and Bowens walk away with the gold. In the end, it was not to be, and that’s okay. Lee/Strickland only just won the titles and needed a signature victory as champs. Grand Slam is coming soon and I can’t think of a better place to give AEW’s most successful homegrown team their biggest win and first taste of gold.

On a side note, I can’t believe how many people on social media last night were actively speculating that Tony Khan might call an audible mid-match and change the finish to have The Acclaimed win, in response to the incredible fan reaction they were getting. In fact, many fans were getting preemptively angry at Khan for not doing exactly that. People need to understand that in the history of pro wrestling, the number of times when a match-finish-audible was called (that DIDN’T involve some kind of a purposeful screw-job, or an injury, or some other wildly unforeseen circumstance) is basically zero. Imagine being Swerve or Lee in that situation: You’re wrestling a match that you’ve been booked to win but because the crowd is cheering more loudly for the other guys than you, the ref whispers “Tony is changing the finish, you’re going to lose now.” That would be the most bush-league, idiotic, horrible management decision a booker could ever make and would be a real slap in the face to your talent. If you want to look like a second-rate promotion run by a fanboy who doesn’t know what he’s doing, that’s what you do. That doesn’t mean you don’t listen to the fans. Stories and plans change all the time in pro wrestling, and you often have to pivot after a match, but still, you pivot after the match. 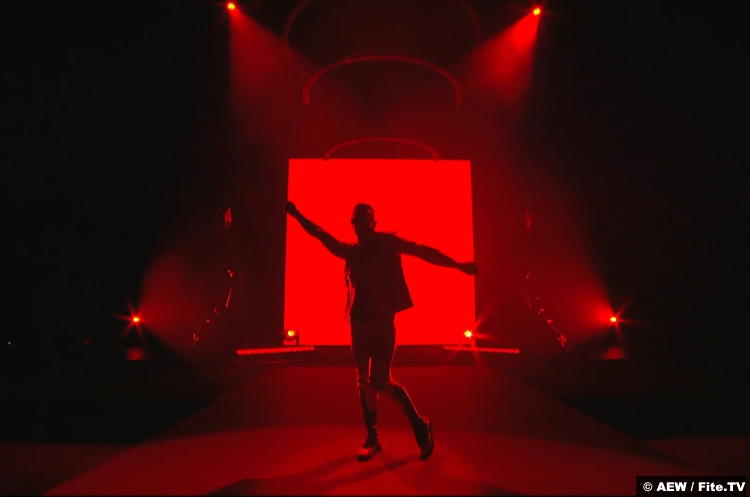 Yes, there’s a difference between a four-hour WWE PPV and a four-hour AEW PPV. A four-hour WWE show will only have like ninety minutes of actual wrestling. That’s insane and stupid and a waste of money. Check back with me in, let’s say five years, to see if that horrible imbalance is fixed in the post-Vince era. On the other hand, a four-hour AEW show usually has like three hours of wrestling (All Out had 150 minutes of bell-to-bell action and like ninety minutes of everything else). Nevertheless, a four-hour PPV is still a four-hour PPV, and it’s tiring. That doesn’t even include the pre-show that had several big matches on the card as well. In all, it was a fifteen-match show and only five went less than ten minutes. The Chicago crowd gave it their all, but they also knew how to pace themselves, choosing to be relatively silent for whole matches at a time, to save themselves for the bigger contests to come.

During the show, AEW ran a promo for Full Gear which will take place on Saturday in mid-November. They also announced a live Rampage to air on the day before. I was at Full Gear in Minneapolis last year; they did the same Friday-Saturday event. I was at both shows. It was incredible. I was exhausted at the end of Full Gear. What I wanted them to do then, and what I hope they will do this year, is just turn Rampage into the first hour of Full Gear. Run the first four matches there and then run the last ten on PPV. Cut down a four-hour show into a three-hour show. The crowd will not complain about not getting their money’s worth. The crowd will instead give you three hot hours of cheering and insanity without any of the dead moments that we had a few times during All Out.

I question the decision to cut Starks vs Hobbs down to a sub-five-minute match. I don’t question Hobbs going over. I think that was the right call and needed to happen. I just wish it hadn’t happened at the expense of Starks getting squashed. I get that something had to be trimmed with so many matches on the card but, again, that’s why you should split your PPV up.

Three All Out matches could have been featured on Rampage, and then you wouldn’t have to short-change anyone. The same is true of Jungle Boy vs Christian. Both of these matches felt like “WrestleMania” matches. They had a ton of drama building up to them, there was a strong “grudge feud” feel, and it felt like the crowd was ready to go crazy for the heroes of the story (Starks and Jungle Boy). Instead, they both, combined, totaled out to five minutes of screentime with the heels going over both times. Maybe they’ll do a rematch properly at Grand Slam but, in that case, I question the decision to turn All Out into a commercial for Grand Slam. This is an A-show PPV. It needs to feel like it.  Other than for a moment or two throughout the night, this didn’t feel like one of the two biggest shows of the year for AEW. 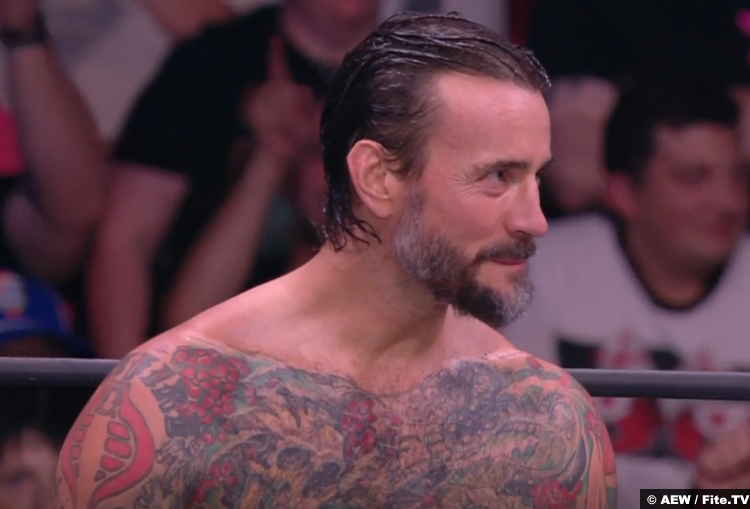 Punk vs the world, specifically Page, Bucks, Kenny, and whoever else wants to smile at Colt Cabana in the hallway. It’s all a hot mess right now and probably deserves its own article. It’s all about what happened after the show, so we’ll talk about it later. For right now…

8/10 – At the end of the day, when you strip away all the extracurricular drama that has already overshadowed the event, All Out was maybe the weakest AEW PPV in a long while. It was still a better show than what just about any other wrestling company is capable of putting out, especially in this hemisphere, but it was not to the same standard as past AEW events.

Two great tag matches does not a great All Out make.