What GET BACK reveals about the Beatles

Twenty years ago, Peter Jackson gave genre fans a gift that most assumed would never happen: He made the Lord of the Rings into a nearly-perfect feature film trilogy. This holiday, he has returned with another gift, this one to fans of the greatest band ever assembled.

When the Beatles gathered in January of 1969, they did so with a vague idea to develop: A documentary, an album, a TV special, and some kind of live performance all rolled into one month-long excursion. What followed was an unfocused mess, a waste of several days, and enough tension and frustration between the foursome to threaten the entire Beatles Empire only seven years after it began.

The Get Back/Let it Be sessions are infamous among fans of the Fab Four. The docufilm that was eventually released in 1970 was such an editing hackjob mess of a movie that all four of the Beatles disavowed it and have taken steps to keep it out of the public eye over the half-century that followed. The LP that was released in 1970 was also a mess, being (over)produced by Phil Specter, much to the bitter frustrations of Paul McCartney in particular. It would be over thirty years later before a second crack at a proper album was released, the tremendously improved “Let it Be…Naked” record that stripped away the overdubs added by Specter and returned the songs to a more stripped-down, “live recording” feel that the band was going for at the time.

Let it Be (the 1970 record) is the final official release in the Beatles LP catalog, but Abbey Road is rightly recognized as their “final” album. The bitter taste left by the so-called “disastrous” Get Back/Let it Be sessions sparked a desire by the band to try again, to get back to the studio and record a proper album the right way. The result was one of their best works and what would be a fitting end to an amazing run as the top band in the world.

The success of the Abbey Road LP, followed by the break up of the band, instantly overshadowed Let it Be, which was released right as the group was announcing their split. In the fifty years since, the only thoughts most Beatles fans gave to the Get Back sessions concerned the mountain of unseen footage that was recorded for the documentary. It was long-held that the hours and hours of film merely chronicled the implosion of the band, something too painful for the surviving members to release. 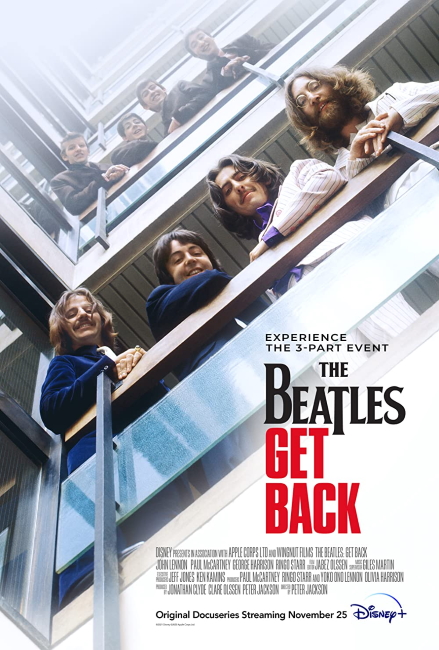 But along comes Peter Jackson, who has spent what had to be an insane amount of time pouring over the footage to compile a trio of nearly three-hour docufilms. The result is the most exhaustive and informative look at what was going on in that infamous month of January 1969. To say the least, many assumptions fans had are proven wrong here, but many others are confirmed. Having completed the eight-hour documentary, here are six key takeaways that I want to offer…

At the end of the first episode, George walks out, seemingly for good. As he would later reveal, he had enough songs written and ready that would last him for ten Beatles albums, due to his only ever being given two or three spots on the LP. Whenever he would try to offer a suggestion to L/M as the duo attempted to nail down one of their songs, his help was always rejected. Whenever it was his turn to pitch a song, little help or notes would ever come his way and often he was met with dismissive mockery. He was the youngest and, despite being in his late-20s by the point (a fact that continues to blow my mind as I think about it; they were all just barely considered adults), he was always treated as the baby of the group. What he wanted more than anything, which John and Paul admit to one another in the surreal and secretly-recorded conversation between them, is to feel like an equal to the great Lennon/McCartney. That was something both of them could recognize, but neither seemed capable of giving. 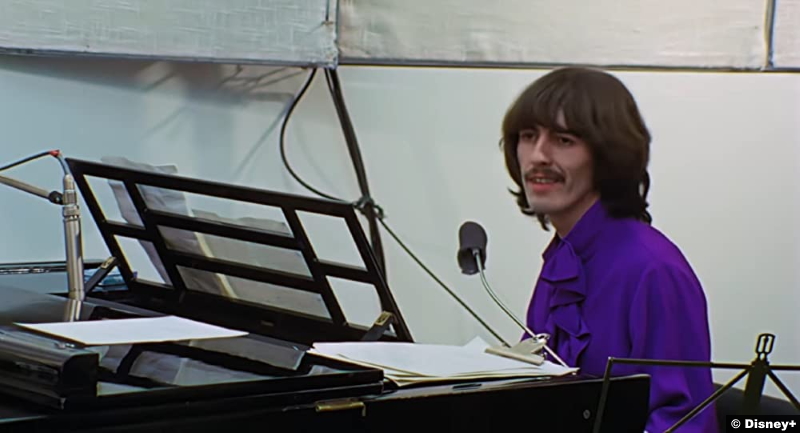 2. John was going through the motions

Sure, John still had moments of creative genius on display but it was dwarfed by Paul’s output. There’s no question his abilities as a writer took an absolute nosedive once he got with Yoko and got into hard hard drugs. The man who wrote “Hard Days Night” in a single evening, and who wrote “Help,” and “In My Life,” and on and on, was, by the end, reduced to such lyrics as ‘I want you, I want you so bad, it’s driving me mad…she’s so heavy.’ Meanwhile, Paul comes into the studio and says “oh I thought of this last night…” and busts out a 75% finished “Backseat of My Car” like it’s nothing. That’s the real difference between the two of them in 1969: Linda didn’t have Paul hooked on heroin as a means to control him. 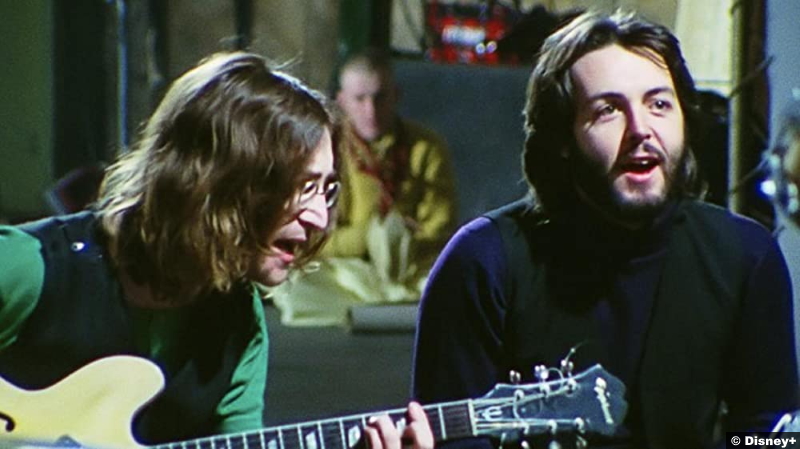 3. Paul was too much of a perfectionist

Paul wanted to lead his own band. That much is clear to the viewer, even if the man himself wasn’t prepared to admit it to himself in 1969. You can see that Paul was ready to be the sole voice that decided what was played and how, and was tired of having to keep up the charade of “four members, equal voting” when he was the only one 100% committed to the band by then. George, of course, had a bevy of songs, but he had one foot out the door even after the other three convinced him to come back. Ringo was just happy to play. He was the consummate professional and I will have no criticisms of him whatsoever. John was checked out and that caused Paul to have to carry the load. Fortunately for him, he was in the midst of a creative high that allowed him to crank out hit after hit as effortlessly as some people recite the ABCs. The trouble was he had it all a certain way in his head and he wanted the drums and guitars to be just so. Meanwhile, the rest of them just wanted to do whatever they wanted with his song, and that created a bevy of bickering.

In the entire eight-hour series, Ringo offers only one suggestion. That’s not a criticism. In a miniseries where everyone seemingly has more opinions than they know what to do with, and there are more than a few times when opinions become “my way or the highway” edicts, Ringo remained the quiet man at the drums, effortlessly keeping the beat. There’s a sweet moment during the final hour, as the band is playing their now-legendary rooftop concert, when a documentary interviewer asks a person on the street who their favorite Beatle is. She answers “Ringo” which, let’s be real, was hardly the most popular choice. Most people would not say Ringo was their favorite, but if you polled the band, 3/4 of them would choose Ringo, and Ringo would choose George. He had no ego and, as said, only stated his desire a single time: He said he favored going on the roof, joining with John and Paul in liking the idea. That’s it. The rest of the time, he just kept the beat perfectly. That’s our Ringo.

5. Yoko was just there…in the footage we got.

Peter Jackson released eight hours of footage out of over a hundred hours of film available. What he released had to be approved by Paul and Ringo, as well as the estates of George and John. In the eight hours we got, Yoko is seen sitting quietly beside John, a constant presence, but a quiet one…other than the two or three times she starts shrieking like a banshee. In my opinion, the hot take of the day that argues “Get Back proves Yoko didn’t break up the Beatles” is a bit unfair. She didn’t break them up, but she certainly contributed. She was “a” cause but not “the only” cause. A lot of her damage was done in 1968 during the White Album sessions, and her continued insistence that she be attached to John’s hip was a continued issue that is talked about in interviews over the past several decades. People are offering these “Yoko did nothing but sit there” takes based on the documentary, missing the fact that a lot of her worst moments were removed by Peter Jackson (who wouldn’t have been allowed to show them by John’s estate, which Yoko controls). There isn’t a single moment included that shows the times when she would interject in a discussion/argument between the band, or the times she would offer suggestions on the music. Those things happened, but they were removed here as a compromise to release the project at all. No, the band didn’t break up because Yoko “sat on an amp,” as Paul snarked. But to say she didn’t play a key role in the dissolving of John and Paul’s dynamic (which ultimately led to the band splitting) would be incorrect, to say the least. 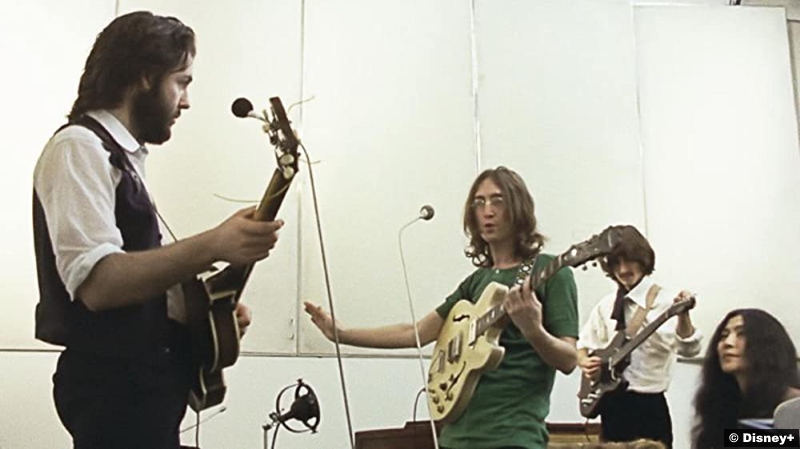 6. This is the Beatles at their worst…and it’s still magical.

The final hour of the documentary is a tour de force. Paul spent that final day before the rooftop concert telling the others that they still needed some kind of a big finish. And when the others worried that they didn’t know the material well enough to do the concert, Paul reminded them that when their backs were against the wall they would rise to the occasion. It seemed like idle words but it ended up being extremely prescient. When the foursome stepped up to the rooftop, they did it with a handful of songs in hand; songs we witnessed them barely having a grasp of over the previous month. But when the moment came, just as predicted, they started playing and it was magical. 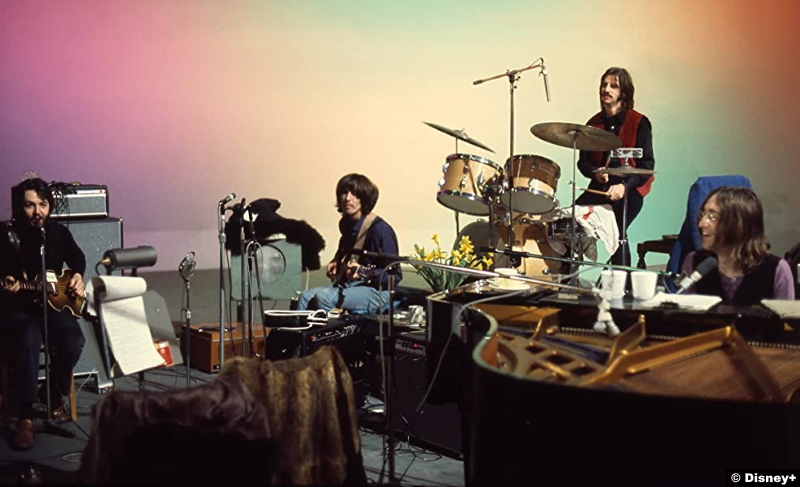 And then the police show up to force them to quit, Paul looks back and spots them, and the look of excitement on his face is perfect. It’s like he knew: “There’s our big ending.”

I think the most amazing thing about this documentary is how it chronicles the band at their absolute worst period. Paul was still churning out hits like a machine and George had a backlog a mile long, but John was often only barely engaged (he still cracked jokes and was lively, but in terms of contribution to the creative process, he was giving 50% effort at best), and other than a few spurts of cohesive creativity, the band as a whole was pretty splintered and at wits-end with each other. This was their nadir from a creative output standpoint…and yet the documentary shows how amazing they still were at creating hits and just casually being the greatest ever.

Imagine if we had cameras rolling for the making of Rubber Soul, Revolver, and Sgt. Peppers. I don’t think my brain could handle it.

10/10 – Time does not permit me the chance to sing the praises of Billy Preston’s contribution to the sessions, nor to the humor prevalent throughout, nor to the absolutely sublime moment in part two, where Paul just creates Get Back out of thin air, and so many more great moments. This was an eight-hour event that I can’t wait to watch all over again. It’s a must-see for fans of the band. 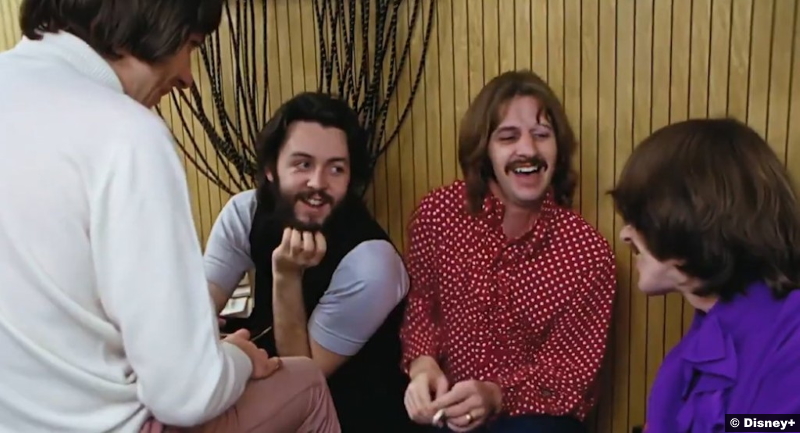