Lady Gaga’s discography is totally out of order

I freely admit, without a hint of shame: I love Lady Gaga’s music. I have her every album, listen to her every song regularly, and can enjoy everything from her silly dance numbers to her rocking anthems to her big power ballads. I think what I love the most about her is that she and I are almost the same age (six months apart) and certainly grew up listening to the same music. The artists that influenced her are the artists I still love to listen to today, and while I am typically very jaded, cynical and “old man yells at cloud” when it comes to modern music, Lady Gaga is something of a throwback artist (and I mean that in the best way).

So while I’m not going to call myself an expert on the subject, I think I can say I’ve listened to her music enough to have formed some very concrete and highly subjective opinions. If that’s not good enough for the internet, what is? With that said, there’s this:

Lady Gaga’s albums are entirely out of order.

What do I mean? Well to start with, let’s consider the five major releases she’s dropped since bursting onto the scene in the late-2000s. 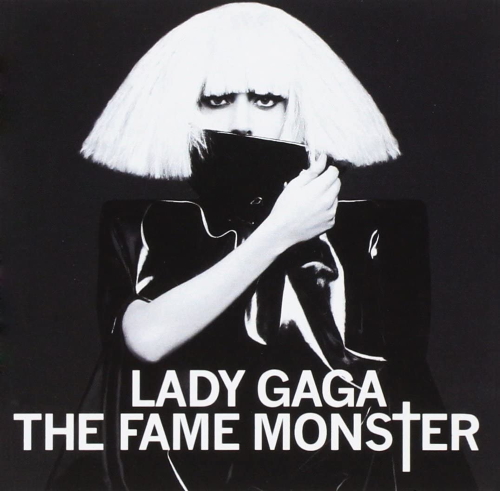 It begins with 2008’s THE FAME and its Extended Play semi-follow up, 2009’s THE FAME MONSTER. The former album is an absolute masterpiece, a delightful blend of synthy dance hits and easy-breezy pop. It’s the perfect album for a sunny summer drive. If there is a detriment to THE FAME, it’s that none of the songs really show off the singer’s two greatest strengths: Her incredible vocal range and her sharp edge. The semi-follow-up, FAME MONSTER is less of a sequel and more of a re-debut album, made by an artist with a little more power to forge her own path than she had a year earlier. The lyrics are stronger, the music bolder, and the singing much bigger. It is, in my opinion, her perfect album, even if it only comes in at eight tracks long.

After that, Gaga spent two years before dropping her next album, 2011’s BORN THIS WAY. If there’s a word to describe it, this album is “ambitious.” It has some of her biggest singles, including my favorite song ever by the artist, “You and I.” If there’s a downside it’s that the album may stretch itself too thinly in an attempt to be her biggest work yet. There are fourteen tracks and it’s a “great” album, but it probably could have been 10 or 11 tracks and been considered her “best” album. Still, there’s a powerful “personal” thread running throughout the record, and her songwriting talents are much more evident than on The Fame. This isn’t an album she could have made first; controlling producers would have hacked it to death. This had to be made after she reached superstardom. 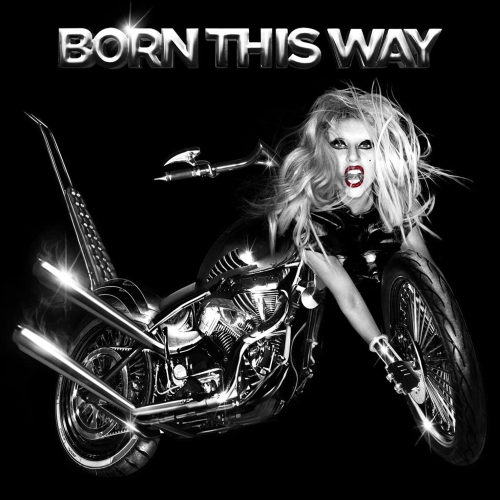 Two years later, and bursting from the success of BTW, Gaga dropped 2013’s ARTPOP. And while Born This Way represents an artist at the peak of her talents, releasing an album without any outside interference, Artpop is the flip side to that coin, showing what can happen when an artist is too powerful, with no one influential enough to say “no” to bad instincts and worse ideas. There are some gems to be found here, but if Born This Way was a 14-track album that could have been cut to ten, Artpop was a 15-track album with seven or eight songs that needed the ax. It’s not ambitious, it’s ostentatious, and it’s her worst showing by far. 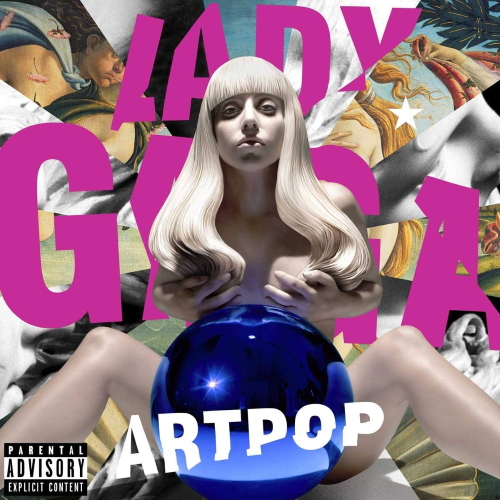 Looking to mix things up, Gaga shifted gears and crafted an album three years in the making, 2016’s JOANNE. This album was as far removed from Artpop as it could be. It reminds me of The Beatles White Album being their stripped-down, pure rock follow-up to the LSD-infused Sgt. Pepper’s Lonely Hearts Club Band. It’s not a perfect album, but it has a lot of heart poured into it, and the more subdued feel makes it her most intimate and personal work thus far. Still, it wasn’t the most cohesive album, which was one of the hallmarks of her previous three (for better or worse). This felt more like a singer trying out a new style and not being confident enough in any one idea to stick with one thing entirely. A Million Reasons is the standout and the rest are varying degrees of pretty good to pretty forgettable. 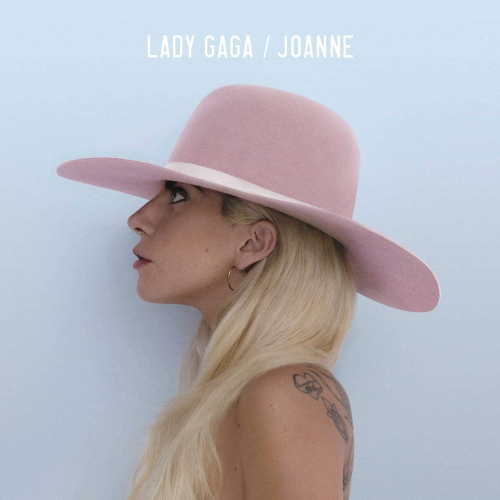 Technically, the amount of material she recorded (solo and duet) for the A Star is Born soundtrack was enough to comprise an entire album (and it would be, arguably, her second-best album if it counted). We’re not counting it here, but it accounts for the big gap between Joanne and her next solo album, 2020’s CHROMATICA. With Artpop being her unquestioned misfire, I wonder if the need to try again with a similarly structured album wasn’t on Lady Gaga’s mind as she worked on this, her most recent release. Chromatica is every bit as wild and wacky as Artpop, but it’s far more focused, more restrained, and on-message. The album shouldn’t be reduced to just “Artpop but better,” however, as it has traits from some previous works poured into it as well: There’s the easy-breezy fun of The Fame, the excellent compositions akin to The Fame Monster, and the strong sense of theme that was present in Born This Way. Chromatica is Gaga’s best solo album in nearly a decade and is proof that the singer has a long way to go before she’s yesterday’s news. 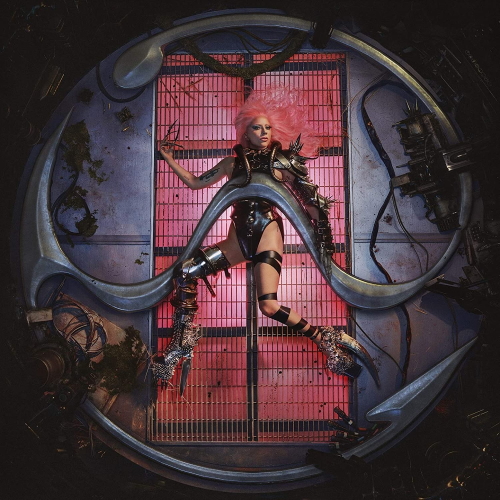 So that’s the order and far be it from me to presume differently, but when looking at those five as a whole (counting Fame and Fame Monster as two halves of the same album), and comparing it to the typical career trajectory of pop music stars, I can’t help but feel like these albums are entirely out of order, as though some time traveler has screwed around with our universe.

If things were following the normal template, the order would look more like this…

Her first album would be Joanne, which would have been regarded very much like a promising but imperfect “first album” of an artist still trying to figure out an identity. It would be sort of like Elton John’s very simple, stripped-down first record, 1969’s Empty Sky. It would be praised for Gaga’s obvious singing talents, but knocked for feeling too safe, the way most debut albums are.

After that, she’d release The Fame/Monster and this would be the record that launched her into the stratosphere. This would be her Nevermind. This would be her Astral Weeks. It would be hailed as an audacious, highly confident second album, recorded by an artist ready to make music that was either fun to dance to or awesome to admire.

How do you follow up a monster-hit second album? You go wild and unrestrained, but with Gaga at the peak of her creativity, that would come out in the form of Chromatica, a highly thematic blend of the pop-stylings of The Fame, and the more mature compositional work done on The Fame Monster. It wouldn’t be regarded quite as highly as The Fame/Monster, but it would be a big enough hit to have the star riding high…

…which means Artpop would be the artist’s big coming-down party. The over-indulgent record would be received with a mixture of mockery and annoyance, seen as a doubling-down of Chromatica without any of the polish and focus that made the former album so great. Artpop would be seen, as it is in our timeline, as a failure of Gaga’s hubris, leading to…

….the comeback album. Born this Way would be Gaga’s assurance to her fans—and her boast to her critics—that one failure would not define her. BTW would be hailed as a mini-masterpiece of an artist still confident but now more aware of her limitations. It would very much be a “this is my album” kind of record, and it would be a big enough hit to keep her in the spotlight for years to come.

It’s funny to think that, even if you rearrange the release order, you still sort of go through the same career progression, with a steady rise to superstardom, followed by a dip, followed by a big comeback. That’s where we are now and even though she just released her most recent album (which took four years to drop), I’m already anxiously waiting for the news to break that she’s close to dropping her sixth. One thing is for sure, whatever her next album looks like, it’ll be something worth talking about.