After showing us where everyone was last week, the show reversed (almost) everything this week in true Riverdale fashion. It also reveals the master plan for the man in black and once all the pieces are shown, all I can say is, “Why, though?” But we’ll get to that. 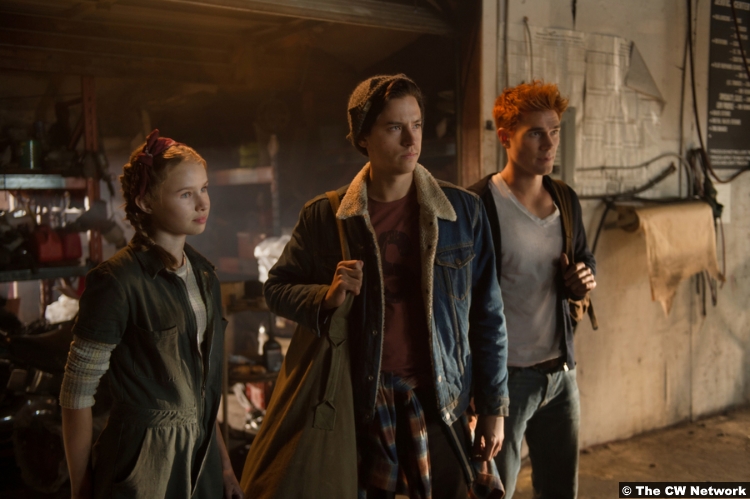 First up, before we get to the town of Riverdale–or if you’re a G&G devotee, Eldervair–let’s check in with our boys on the road. Jughead and Archie make it to Gladys Jones’s Chop Shop for Wayward Boys and Also Jellybean in Toledo. Although Gladys (Gina Gershon) and JB (Trinity Rose Likins) are glad to see the boys, they bring nothing but trouble with them. Like Penny, who easily followed them there. She’s temporarily–and maybe permanently–dispatched by Gladys, with an assist from her slingshot-wielding daughter, but it’s only a preview of what’s potentially to come. Hiram has put a bounty on Archie and anyone who helps him, so after a brief reunion with Fred, Archie and his pup Vegas set off for the Great White North.

As usual, I have a lot of questions about the realism of that–Archie is still, after all, a minor–but I’ll put in a pin in them so we can move on to what’s up with what’s going down back in the peppy town. After all the Vixens save Cheryl have a mass seizure, Ma and Pa Lodge move quickly to put Hiram’s plan into motion. Hermione, as shown later, is clearly uncomfortable with the whole thing, but that doesn’t really matter right now, does it? She’s still complicit at the very least. Actually, she’s more than that–she’s an active participant. Veronica and Cheryl eventually just waterboard Penelope with maple syrup, a phrase I can’t believe I’m typing either, to find out what Hiram is planning, but by then, it’s too late. The trap is sprung. 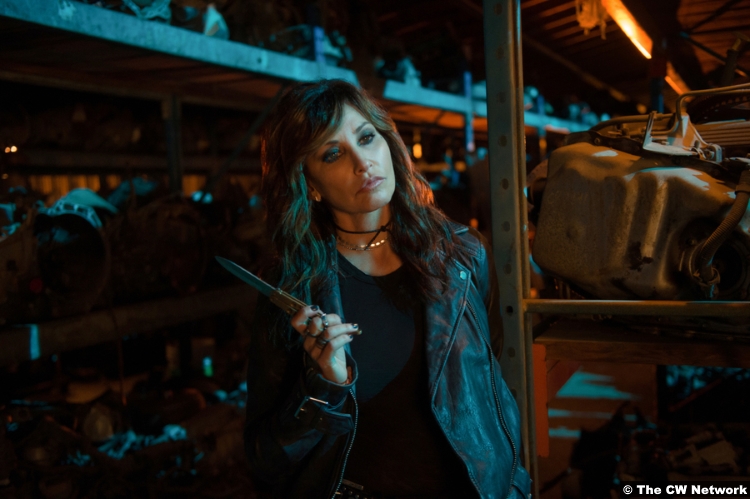 Meanwhile, over at Sisters, the cage is opening. It turns out that Betty just faked all that noise about being damaged. Instead of throwing away her fizzle rocks in an otherwise empty trash can where anyone can see them, she now pretends to take them and throws them up immediately afterward. That’s how she’s learned the truth about the Sisters’s Gargoyle King, a truth she shares with Ethel by locking her in the King’s lair. Once Ethel comes down off the fizzle, she’s able to see that the King in the room is just a literal stone gargoyle, made scarier by the fizzle rock-induced hallucinations.

And that’s not the only thing that’s better off the rocks. Ethel becomes a tolerable human being again, once she’s not hopped up on the fizzle. She joins forces with Betty to find out the truth about G&G, a task that requires them to basically kidnap and threaten one of the Sisters. Spoiler alert: the game started out as a diversion invented by Sisters patients. The Sisters saw it as valuable to the patients’ therapy, so they let it go on. If that sounds a little farfetched–on this show???–then just witness the reaction from Betty and Ethel’s fellow patients when they’re told they’re free. They don’t care. They are safe in the facility with the Gargoyle King. 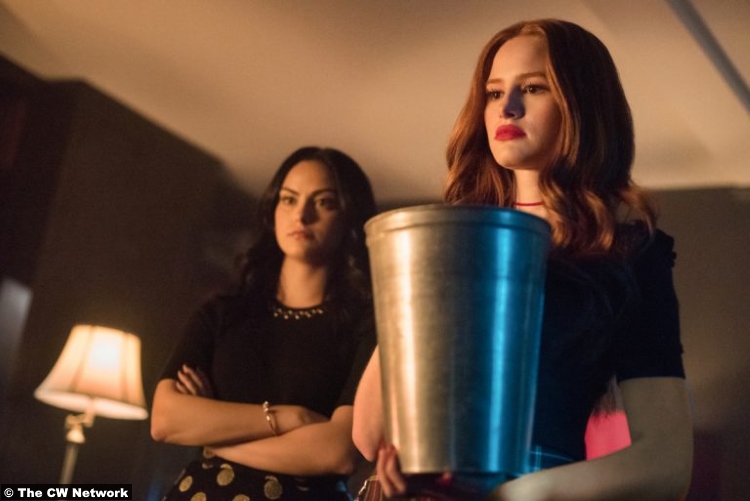 Betty and Ethel realize that they won’t be moved unless it’s part of the game, so they kit Betty out as the Gryphon Queen, with wings made of yarn and sticks (?) and I love it. She announces that the king is dead, then hurls his head to the floor. The other girls immediately follow her and Ethel outside. And you can tell that shit has gone down, because the just-arrived Alice is not even the slightest bit concerned that the patients are just milling about outside or that her daughter is dressed like a dream I’ve had.

Because finally, Hiram’s plan has been enacted. Due to the seizures, which weirdly affect only female residents, the town of Riverdale is now quarantined and people outside the barrier, like Jughead and FP, can’t get back in*. For all intents and purposes, it’s basically under martial law. Are those sirens I hear?

7/10 – Hiram’s plan seems to be to turn the town into something akin to an old west mining town, where prostitution (and drugs substituting for liquor) run wild. But as I said in the intro, why, though? There has to be a bigger part to this, because otherwise I’m just reminded of the problem I have with every possession movie. It just seems like a lot of fuss to go through for not much gain.

And while it’s great that Veronica remembered that her father is terrible this week AND remembered that Betty isn’t there–they thought she was at the farm, the place she has repeatedly disparaged, okay–why does she never record anything Hiram says? Speaking of recording, that offhand reference to her pearl necklace can’t be random. It’s a listening device, innit?

*Can’t people just sneak in through the lake or the forest, though?