Riverdale S03E07 Review: The Man in Black – Ethel is the freakin’ WORST now!

Well, it looks like that scattered aspect from last week is here to stay, so we might as well buckle up and get used to it. For the time being, the kids are going to be separated. And the kids ain’t alright.

Well, Jughead and Archie are doing as well as they can. They’re traveling the land and sleeping rough in a lost America where there are still payphones. Just outside the town of Athens, whatever state, they chance upon a farmhouse, where Archie insists on seeking shelter. He seems surprised when they’re greeted with a shotgun, but this is the 21st century. Two young men just can’t show up at farms anymore without suspicion. 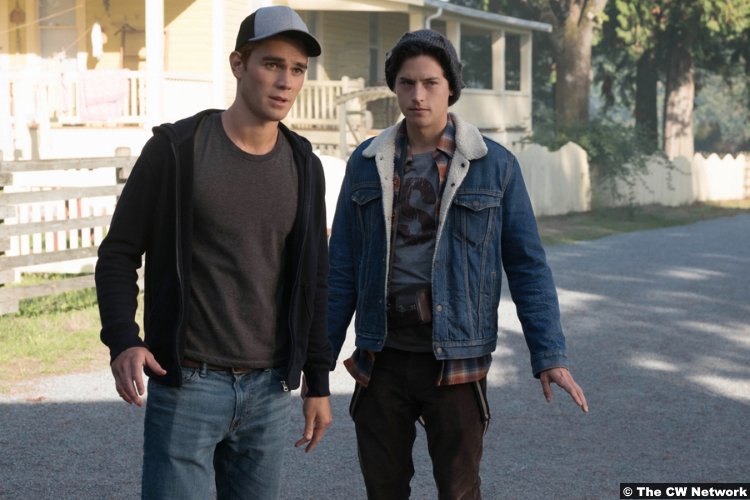 Living at the farm are teenage Laurie (Riley Keough) and her younger sister Gracie Lake (Wylie-Jane Stiver). The rest of their family–their dad and brothers–are off working a job. Laurie agrees to let “Cal” and “Biff” stay in the barn in exchange for some honest work, but as soon as Jug leaves to go into town, Archie is telling Laurie literally everything, including his name, Hiram Lodge’s name, and all about why he left Riverdale.

Meanwhile, Jug finds out from some G&G-playing little girls that all the men in town are off working that job, which turns out to be the construction of a prison. As soon as they said that, I knew exactly who the “man in black” was who’s controlling everyone in town’s fortunes. Cut to Laurie knocking Archie out with a skillet. Mmm-hmm. As we all know, this is not a boy who needs to be knocked in the head. Luckily, though, when Jughead returns and finds him, Archie agrees to just leave, rather than wait and stage a confrontation with the arriving Hiram. Archie has learned nothing, except maybe to listen to Jughead this one time.

Meanwhile, Veronica’s still stranded in a silly subplot about a speakeasy for teens that somehow isn’t raking in the money serving $5 mocktails. I can’t imagine a reason why the kids aren’t just pouring into the joint. I mean, besides the fact that the kids already have a hangout spot, it’s on top of La Bonne Nuit, and I don’t believe that Pop is charging $5 for a milkshake. Anyway, the moment that Veronica has any kind of challenge, she’s essentially bailed out by Daddy and then has the gall to tell Pop that “…deep, deep down, maybe my dad’s not so bad.” Veronica has learned nothing. Good dress, though. 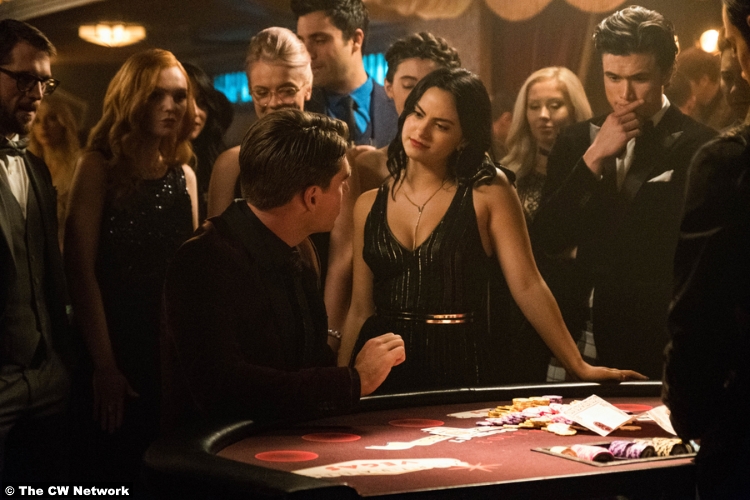 The real meat of the episode and the best segment among the three is, of course, with my girl Betty. She’s still stuck in Sisters, where she’s being treated like a mental patient for some reason. There’s nothing wrong with seeking mental treatment, obviously, but that wasn’t the reason why Betty was sent to Sisters, as far as we know. But here she is, being administered Rorschach tests and being given “candy” rewards, which is actually just souped-up fizzle rocks.

Unsurprisingly, the man in black has a hand in Sisters, as Betty sees Hiram visiting. Supposedly, he’s just an angel investor, but this angel has a dirty face. (By the way, Betty later finds a note in her own medical records, specifying that “H.L.” wants her fizzle dose increased, but of course, there is more than one H.L. on this show.) She’s put in a room with Ethel, who is apparently now the “Queen Bee” of Sisters and that would be an enjoyable plotline, except for the fact that Ethel is the freakin’ WORST now. It’s fun to watch to a point and then I get as riled up as Betty. So I guess the storyline and Shannon Purser are doing their jobs. 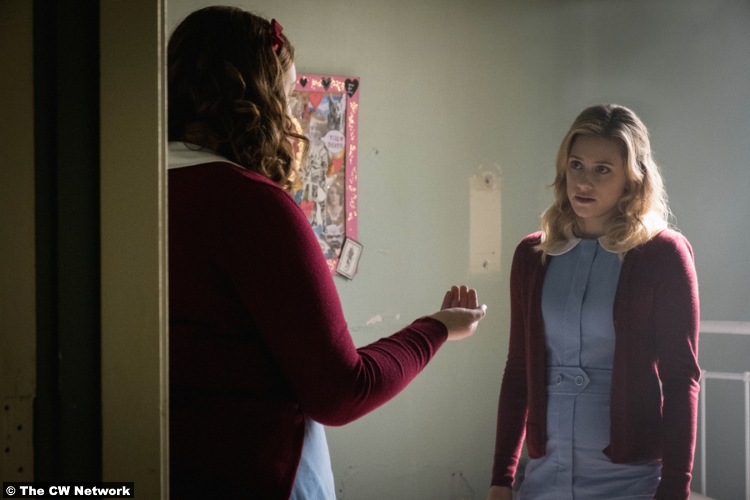 Anyway, Betty resists as long as she can, but somehow, she never stops to think that the secret entrance will be walled up or that anyone will be expecting her to rebel. You wish she would, though, if only to wipe that satisfied look off Ethel’s face. In the end, Betty is broken, drugged, and terrorized by learning way too much about the “Gargoyle King” or whoever the Sisters have meeting screaming teenage girls in a locked room. Surely this can’t be what Alice had in mind.

7/10 – If I were evaluating this episode based on the first two segments, the score would be considerably lower. It is only through Betty’s storyline that it gets this high. Archie being doubleplus unsmart is nothing new, but I can’t fathom what is going on with Veronica. After all she and everyone else in the known Riverdale universe–see also: the now-dead Sheriff Minetta–have been through with Hiram, her sudden faith in her father would only be acceptable as part of a long con. If that’s where they’re going, then great. If not, then…well, at least we meet Jellybean next week.

Also, does Veronica not think it’s weird that she hasn’t seen Betty in however long? And I’ve asked this before (and I’ll probably ask it again), but don’t these kids have to go to school? And are the Sisters of Quiet Mercy actually religious or *GASP* is this another cult?! I mean, how many things does this one institution do? Speaking of doing a lot of things, how does Hiram have the time for all his nefarious activities?