Oh, no way–Edgar Evernever isn’t someone’s original name? That’s such a shocker. Anyway, is there a Mrs. Evernever?

We don’t learn that detail, but we learn the rest through Betty’s grilling of the slippery Farm leader. Unsurprisingly, he has a magical story about what lead him to his current path. Lo, but he was so lost. Then he found shelter and comfort on a farm…somewhere, and decided to reproduce that experience for his loyal acolytes. Cool.

That’s about as much as Betty gets from him, although I’d be disappointed in her for expecting otherwise. Magicians don’t usually show you how they do their tricks, after all. So no, she doesn’t get the skinny on how the Farm makes people think they’re communing with their deceased loved ones. 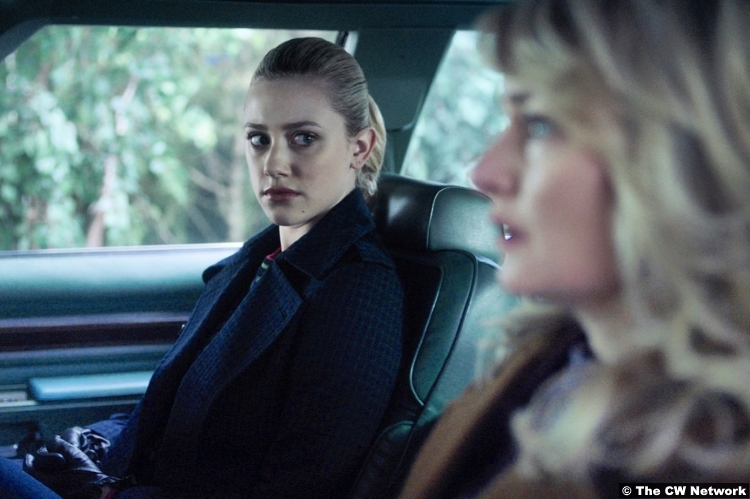 That does give Jughead an idea, though. If the main draw for Alice at the Farm is spending time with the (presumably late) Charles, then why not show her proof that he’s not actually pining for the fjords? Of course, that’s easier said than done, especially when you’re trying to hunt down someone whose last name is Smith. That is to say, Betty doesn’t get very far. So she does the absolute least she can do and takes Alice to a fake headstone.

Despite her devotion to a dubious agriculturally-based organization, Alice was not, however, born yesterday. So when she doesn’t fall for Betty’s rigorously-developed yarn, Betty just chloroforms her. Because Betty, a child, is going to deprogram her mom, I guess? And wonder of wonders, she’s going to do it with her mom handcuffed to the grossest bed in all of Riverdale, that foul beast in the bunker. Ugh.

The experience goes about as well as you’d expect, in that Betty returns to the bunker to find her mom burning family photos. I too love to burn things in an enclosed space. Anyway, after finding out that the Farm still has copies of all of Alice’s interview tapes (because OF COURSE THEY DO), Betty just kinda gives up for now and returns her mom to the chilly sanctity of those weirdos.

That’s great for them, by the way, because they’ve claimed another member this week. After Cheryl refuses to let go of her association with the Farm, even dismissing the video of her father killing Jason as movie magic, Toni can’t beat ’em, so she joins ’em. This is not going well, unless you’re a recruiter for the Farm. 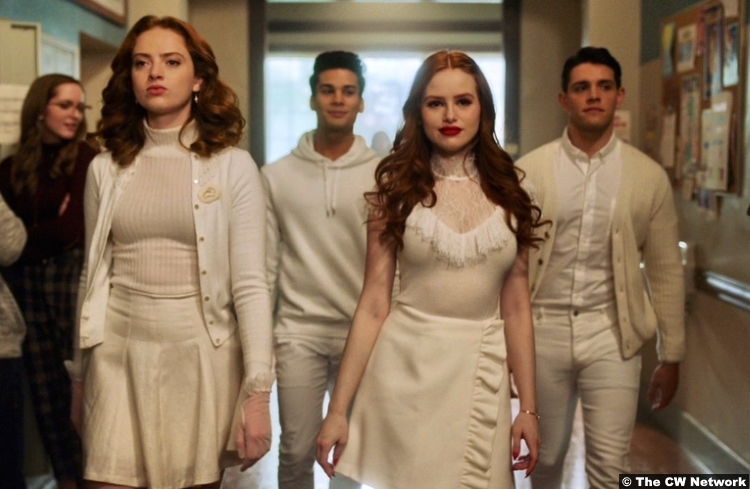 Also not going well is everything else. During an autopsy Dr. Curdle, Jr. finds a matchbook from the Maple Club in Baby Teeth’s throat. Upon a visit to Penelope’s establishment, FP and Jughead are there to witness a client literally foaming at the mouth. It seems there’s a new strain of fizzle rocks, called “G.” If you take it, then your cheese slides off your cracker. And no, I can’t believe I just had to type any of those words.

G is rapidly spreading throughout Riverdale and it ain’t pretty. Archie, in a prize fight with Elio’s boxer Randy Ronson (Darcy Hinds), realizes that Ronson is on the fizzle. The ref won’t stop the fight, though, so Archie gets his clock cleaned by his practically rabid opponent until he finally manages to knock Ronson out. And then he might be dead? I don’t know. He doesn’t get up, though. 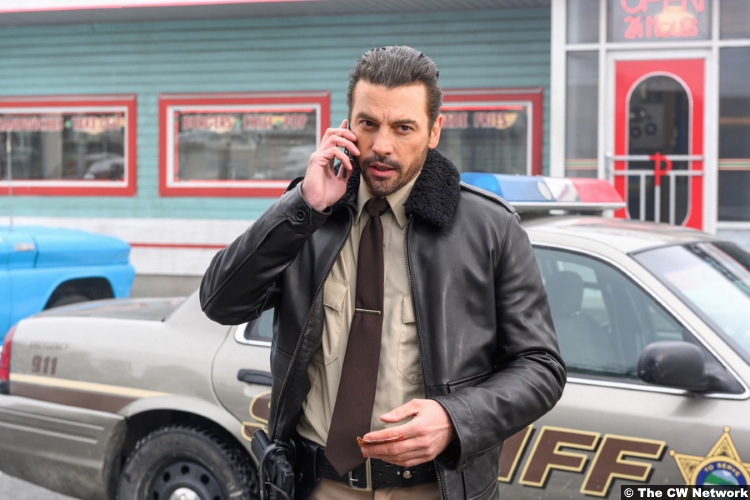 FP and Jughead, the latter of whom is still a child, by the way, track the G to its predictable distributor, Kurtz. He’s not the manufacturer, though, and he tells them with his characteristic unsettling glee that disseminating G through Riverdale isn’t even the point. It’s a distraction, like how Baby Teeth’s murder was just a “warm-up” for the main attraction: the “save the princess” quest. The princess being JB, who, by episode’s end, has been lured to the woods and to a looming Gargoyle King.

7/10 – Everyone assumes the G is for Gargoyle, which it might be, but what if it’s Gladys? After all, she’s mysteriously absent from the proceedings this week. As to why she’d want to put her own daughter at risk, please allow me to introduce you to Gladys. I think that’s sufficient reasoning. And as for the rest of it, while I liked the quieter moments between Betty and Alice, this episode was overstuffed. Like I said last time, we are quickly nearing the season’s end and it’s past time to braid these storylines together.