Riverdale S03E13 Review: Requiem for a Welterweight – A series low?

Well, that was a letdown. After the last episode, I thought we’d had a course correction. Then came the brief hiatus, which slowed the momentum a bit. That could have been helped if they’d come back with a strong episode. Instead, we got this.

Let’s just get all the crime out of the way first. We see what I guess is phase one of Gladys’s plan, which is to take over the “candy” business in Riverdale. That puts her odds with Hiram, who wants to rebuild his business after it “mysteriously” went up in smoke.

Luckily for Gladys, she has a mole in Hiram’s daughter, who reports everything back to her, including the fact that the Hiram wants to assume control of the Ghoulies. That prompts Gladys to urge Jughead to take over the Ghoulies himself. It’s not a bad plan, especially since the Serpents’ numbers are small and dwindling. 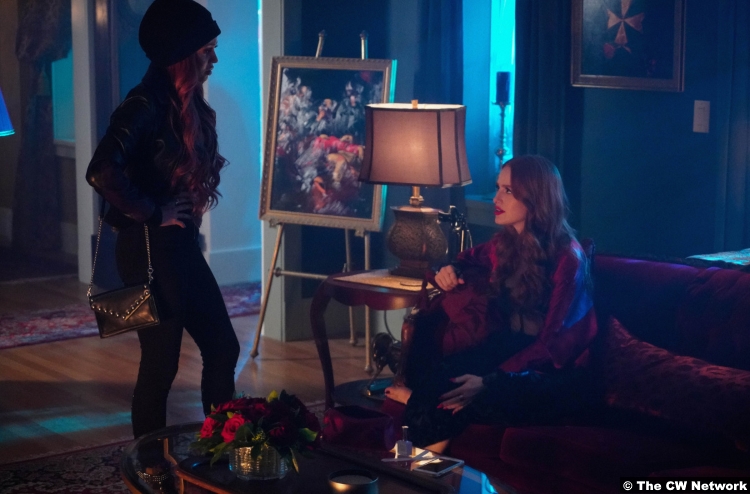 One reason for that, of course, is that all their female members are defecting to the Pretty Poisons. Jughead tries to win Toni back, but he balks when she suggests becoming the Serpent Queen. Betty, of course, is the Queen, but…does Betty really care that much? I mean, I think she cares in a general way for the Serpents, but it’s not in her blood like it is with Toni. Nevertheless, it’s a no-go for both of them, and then Cheryl has the Poisons beat up Sweet Pea and Fangs. Toni is not a fan. And honestly, neither am I. I love the Teenage Gang Debs vibe of the Poisons, but so far, they’ve failed to impress.

Anyway, it doesn’t go any better for Jughead with the Ghoulies. They and their interim leader Kurtz are far more interested in playing G&G. This would suit Jughead just fine, because the Ghoulies are creeps, but Gladys gets them onboard. She wasn’t lying when she said she had plans.

That, of course, leaves Hiram without the Ghoulies, but Gladys convinces him to concentrate on his private prison plans, instead, and let her have the candy trade. To that end, Veronica also gets him off Hermione’s back by taking the blame for destroying his drug business. He’s still suspicious about what exactly they were up to, though, and Veronica now owes him $75K, so, good plan. 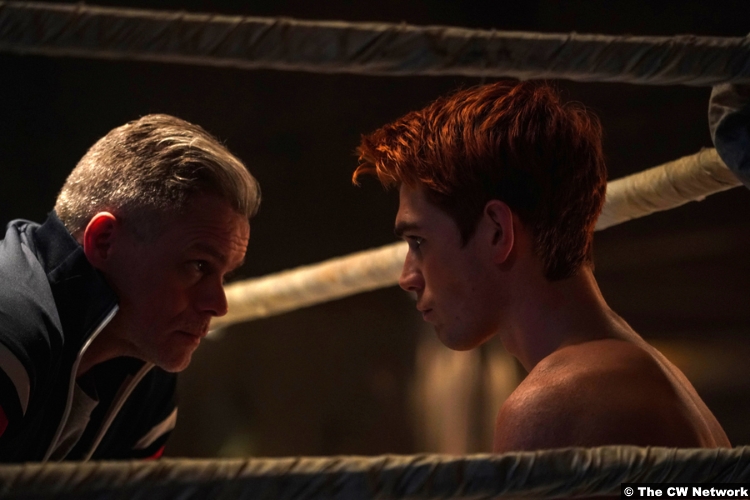 Archie, meanwhile, has been boxing with Tom coaching. And you’d think that that might be a wholesome activity, but of course, there’s crime there, too. Elio, who is seemingly everywhere these days, is still involved in shady boxing deals. That’s how Archie gets roped into not only agreeing to fight Elio’s star boxer, but also taking a dive.

As you might imagine, though, former Sheriff Tom isn’t very cool with that idea. But Archie can’t get out of it, because some scary dudes have bet a lot of money on this fight. So Tom trains Archie and he doesn’t dive, but he doesn’t win, either. But he has sex with Josie after the fight, so he’s got that going for him, which is nice. 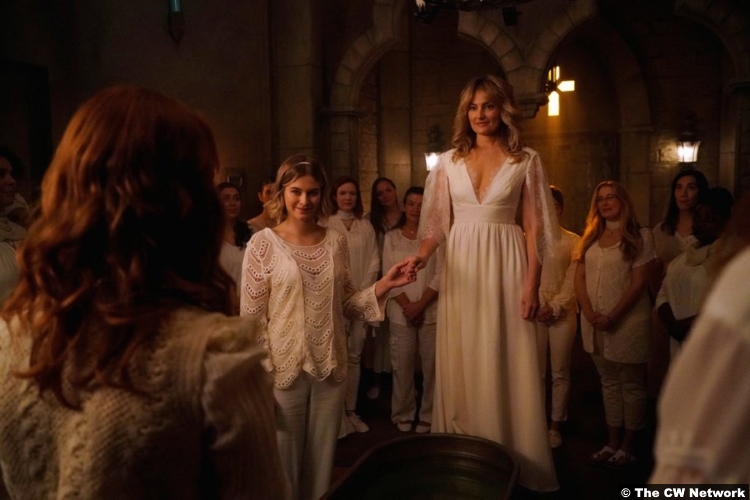 Not nice: The Farm. Alice has decided that it’s time for her baptism and that’s not good news, considering what we learn from a former Farm member. Her sister drowned during her baptism, which was intended to lead to her “ascension.” After hearing that, Betty leaves the bunker (where they were meeting secretly) and full-on sprints to the Farm. She arrives just in time to witness her mom’s baptism, which is apparently just Polly holding her down in a trough until Betty makes it stop. Yeah, hi–I’ve been baptized and it did not go like that.

Alice luckily (?) survives and sees herself as reborn. As such, she’s finally going to purge herself of the last thing holding her back. And if you guessed that the next thing she said would be “Betty,” well, you’d be in good company, because that seems to be the general consensus of viewers. But no, she’s talking about selling the house.

Okay, but where is Betty going to live–the Farm? Well, at least she’ll have company, since Kevin is now being drawn in as well.

6/10 – This episode may be a series low, squandering the promise of the previous episode with who-cares plotlines. This episode was ludicrous, but not in the fun way that Riverdale can be. Josie’s cover of “We Don’t Need Another Hero” was pretty, though.