Riverdale S03E17 Review: The Master – Hows this all going to fit together?

I’m beginning to think that this is the new Riverdale way: one pretty great episode followed by one that’s the dictionary definition of “eh.” It’s not that this week’s episode was as awful as some have been, but it was a very Krusty the Clown talking about his restaurant’s Ribwich situation: “Mmm, I don’t mind the taste!”

Or to put it another (more coherent) way, they went to all the trouble of introducing Edgar last week only to maroon him in a series of lackluster scenes. That’s pretty disappointing, especially since the episode is titled “The Master,” obviously a reference to the PT Anderson film about a religious leader. 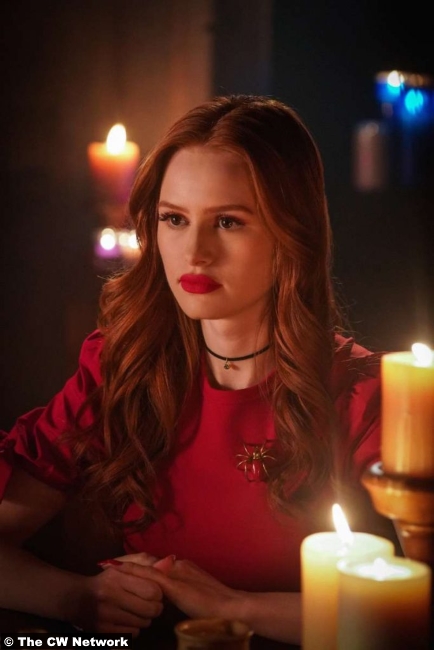 And the episode sets us up for high hopes, setting the stage for Edgar’s appearance by having the Farm conduct an open house. That too mostly fizzles, as Betty doesn’t get very far with her visit. So she sends Cheryl in, with a microphone hidden in her spider brooch. Her personality test goes well at first (for Betty’s purposes), then Edgar comes in and starts asking about Jason.

This is obviously a sore spot for Cheryl, so it’s unsurprising when her resolve to help her cousin falters. Then Edgar wants to show her something. Wherever he takes her scrambles the transmission of Betty’s bug, so we’re not privy to what really happens. But what Cheryl says happened–they showed her Jason–would be interesting. You know, if we got to see it. 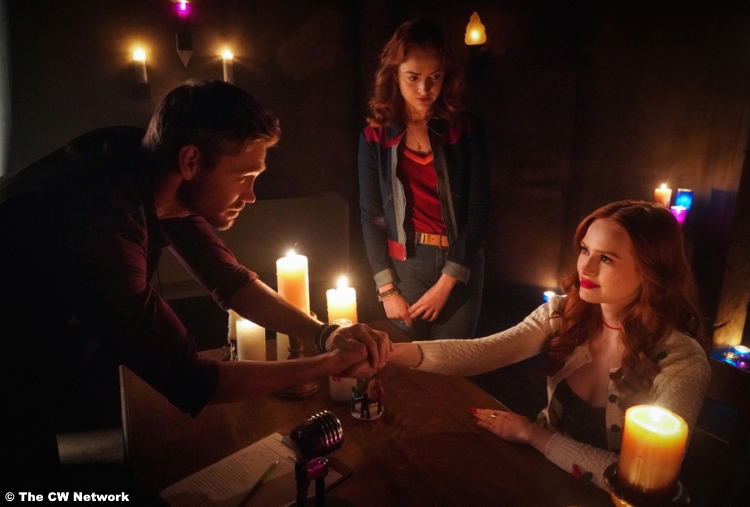 Because what if Betty’s wrong? What if the Farm isn’t as sinister as she thinks? I realized while watching this that pretty much everything we know about the Farm is filtered through Betty’s point-of-view, but Betty, as much as I love her, might not be the most reliable judge. See also: Hal Cooper.

In addition, she plays like she’s acting on the side of justice because the Farm preys on people. But I don’t think she had Cheryl’s best interests in mind when she sent her in to do Betty’s dirty work. She also used Jason to bend Cheryl to her will, because Betty can be just as much of a user. But hey, she got those tapes that I’m sure aren’t backed up anywhere. And she got an audience with Edgar, but like, on their terms. All in all, I’d call it a draw at best and a lot of work for little results.

Speaking of, Jughead’s quest to take down his mother. It’s becomingly increasingly unclear why he won’t just tell FP about Gladys and her plans. I mean, I’m sure there’s some reasoning there, but that should go out the window by the time a multi-floor fight ensues. Also, FP already thinks the Serpents are resorting to vigilantism, so it would probably be helpful if he knew why. 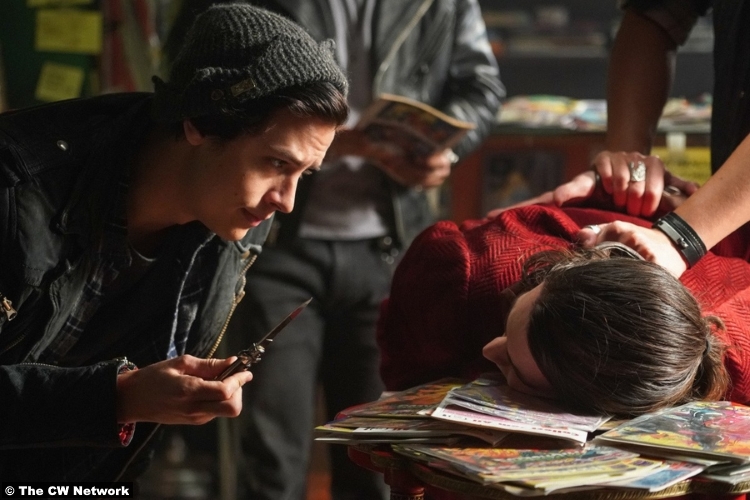 The Joneses aren’t the only ones with family trouble this week, though. Veronica is still clinging to the dream of her parents, who clearly can’t stand each other, getting back together. She even tries to nudge along the process with suggestions of therapy to Hiram and an anonymous gift of dead fish to her mother. You know, as one does. It doesn’t work–Hiram gets an annulment–but he does promise to protect Hermione.

He’s got big things on his plate, after all, since the private prison will be opening soon. On that note, Leopold & Loeb will be closing, and its juvenile prisoners transferred to whatever nightmare hellscape Hiram is opening. With Veronica’s help, Archie is able to negotiate the release of its prisoners, or at least the ones involved in the fight club. They even get free digs at Archie’s boxing gym. That’s enough room for Mad Dog, Thumper, Baby Tee–oh, sorry. Baby Teeth is dead now, because of one of those infernal G&G quest cards. It’s sad…ish, but would probably have had more of an impact if I remembered who the hell Baby Teeth is.

7/10 – We are quickly running out of episodes, which means we are running out of the opportunity to integrate all these discrete storylines. That’s not an absolute must, but it would be great if it felt like this were all going somewhere. At the moment, it just feels all over the place.