Can a Legend of Zelda movie work?

I think we’ve reached the point where we can say it’s not a matter of “if” video game movies will become a viable genre in Hollywood, but “when.”

Gone are the days of Street Fighter (1994) and Double Dragon (1994), which tried to copy the aesthetic while paying scant lip service to the plot of the games, resulting in a mostly forgettable and/or embarrassing experience. Gone too are the days of Resident Evil (2002) and Doom (2005), which basically ran as far away from the source material as possible, and instead slapped a popular name onto a generic mess of a dumb action movie.

Now we’re living in the era where studios almost seem to have it figured out. Assassin’s Creed was a dud, but it’s one of those failures that could have worked if it had focused more on the interesting parts. It certainly had the budget, the actors, and the desire from the studio to be “faithful,” which is more than can be said of video games movies of yesteryear. On the other hand, Warcraft went too far in the other direction, going so deep into the lore right off the bat that it turned off every non-fan.

You can track the release of video game movies and see the creators getting closer and closer to figuring it out.

Then Detective Pikachu came along and that was it. They did it. They made a good one. While it might only have been a small, sub-section of the much larger Pokémon dynasty, the Detective Pikachu film did exactly what a video game movie was supposed to do: It created a film based on the game that didn’t feel embarrassed by the source material and was a legitimately fun time, whether you were a fan of the game (or games in general) or not. The film felt like a green light for more movies of similar approach and effort to come along and, in the few years since, they have, and more are on the way.

Sonic the Hedgehog was the next big video game release and, like Detective Pikachu, it was a solid outing. It was flawed but fun, and it clearly loves its namesake. That goes a long way with fans who want to see these characters done right. The sequel is coming later this spring and promises to be just as good, if not better.

On the horizon, coming this Christmas is arguably the most important movie yet for the burgeoning genre: Super Mario Bros. It will have an all-star cast, a pair of very talented animation directors (Aaron Horvath and Michael Jelenic, who worked on Teen Titans Go!), and the full marketing weight of Illumination Studios behind it. In a lot of ways, it might be the movie that solidifies video game adaptations as the next big thing in Hollywood.

But for every Mario, there must be a Zelda.

The franchise has been around from the beginning of Nintendo’s home console history. It was created by the same mastermind as Mario, Shigeru Miyamoto, and was inspired by his boyhood adventures exploring caves and forests, with a lantern in hand, out behind his house. The sense of adventure that the series is known for has produced some of the happiest, most thrilling, and memorable feelings to be had in games for nearly forty years. It’s no surprise that fans have been clamoring for a “Zelda movie” basically from the days when the first golden NES cartridge was played. Now, hot on the heels of Sonic’s next movie, and in anticipation of Mario’s feature film debut (we don’t talk about the 1993 movie), the calls for a Zelda film are growing louder than ever. Could it happen? Sure.

Zelda is not like Sonic or Mario. Sonic has had in-depth story segments, with voice acting, and multiple characters, going back at least to the Dreamcast days of Sonic Adventure. Mario, while being far more stripped-down story-wise, at least has a large cast of characters and a history of interactions between them. The Legend of Zelda, on the other hand, is about a silent protagonist exploring a dangerous world, solving puzzles, fighting monsters, and collecting trinkets. Could it work as a movie? Yes, but it would take some alterations to the framework, and I worry that fans might find the necessary changes too much to tolerate.

There are films that feel very similar to The Legend of Zelda. Right off the bat, there’s the movie “Legend” (1985) that features so many similarities I can’t help but think it influenced Miyamoto and co. as they were developing the original NES title. I’ve written already about how Kubo and the Two Strings felt like I was watching a Zelda game come to life, and then there’s Studio Ghibli’s masterpiece Princess Mononoke, a film which Breath of the Wild creator Eiji Aonuma admitted was a big inspiration while working on the latest Zelda game.

Those are three movies with three very different visual flairs, so let’s begin there, as any talk of a Zelda film must: What is the “look” of this hypothetical Zelda movie going to be?

Mario is Mario, whether 2D or 3D, whether it’s a party game or a side-scroller. His look has evolved in subtle ways over the years, but he’s still basically a squat, mustachioed man in overalls. In strong contrast, Zelda’s visual flair has differed wildly over the years. Sometimes it is gritty to the point of ugly. Sometimes it is so cartoonish it looks like a world of toys come to life. Sometimes it has the look of a “strong impressionistic painting,” and on it goes… 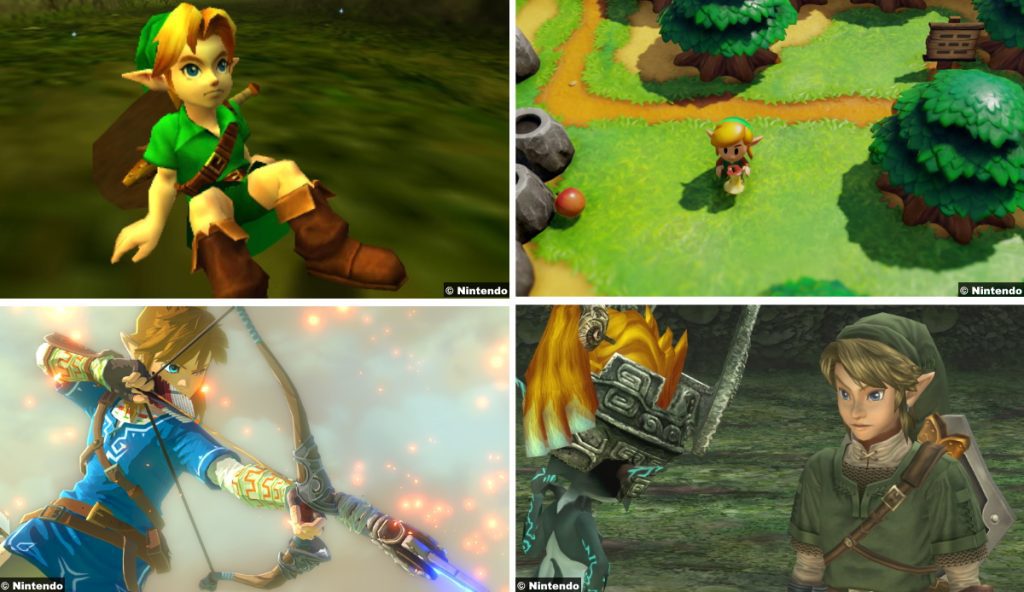 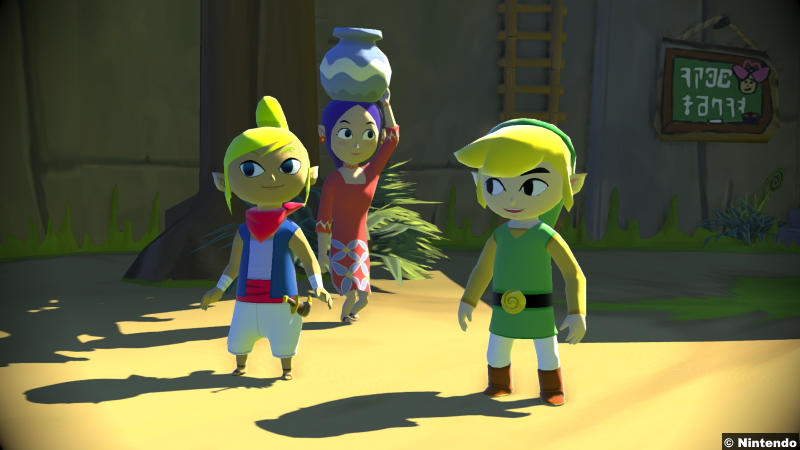 Will this theoretical Zelda movie be a “serious” film or a children’s tale? Will it be whimsical or epic? That’s not a question you have to ask about Mario or Sonic. And then, once you’ve settled on the first highly divisive idea, you have to work on the tweaks to the formula to make it translate to a movie.

A Zelda film needs dialogue, something Link has never done in mainline games. A Zelda film needs co-star characters for Link to talk to, because you can’t have a movie with just Link roaming from town to town talking to randos. You have to have “characters” and character development, someone for Link to bounce off of and vice-versa. And before you say “he can talk to Navi the Fairy” I would remind you of two facts: First, even Peter Pan had more than Tinkerbell to talk to; he had a whole gang of Lost Boys, not to mention Wendy and her brothers.

Fortunately, if you can get past those two huge hurdles (settling on an art style and incorporating traditional dialogue), the next one is no trouble at all: A Zelda movie needs a story. Compared to Mario and Sonic, that’s easy. Zelda, as a franchise, has regularly had great plots in its various games. It’s not a franchise typically thought of for its stories, but it has them. Ocarina of Time is a story about leaving your childhood behind. Majora’s Mask is about healing the wounds of the past. Wind Waker is the best of them all; it’s a rich, pirate-themed tale of vengeance, bitterness, and the burden of failure. Even games with lesser stories, like A Link to the Past and Twilight Princess, were still rich with world-building elements that make for a great foundation to craft a cinematic tale.

A Zelda movie can be done, and it could be done well, but it would take some changes to the Zelda formula to work as a feature film. Some fans may be hesitant to see the familiar tropes of the franchise be undone, but if given the chance, a Legend of Zelda movie might be every bit the epic and thrilling counterpart to the Mario movie as the Zelda games are to the Mario games.

What do you think? What art style would you like to see a Zelda movie use? What kind of story should it have, be it childish or gritty?

Let us know your thoughts in the comments below! 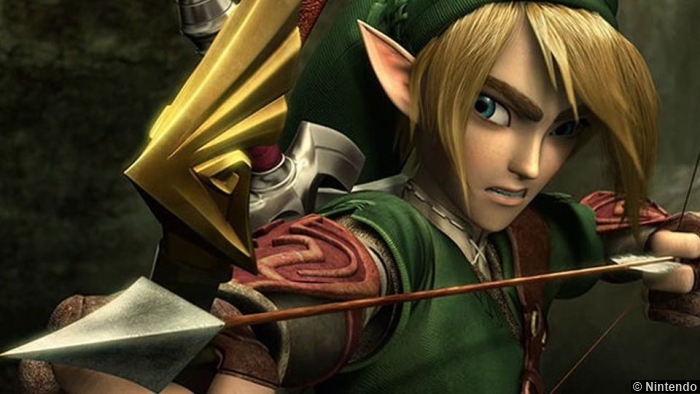