As you might expect, the hunt for Jellybean takes up the bulk of the episode for the Joneses. Meanwhile, everything else–that seems to take up days–happens at the same time as the Jones family’s endless night. Weird timeline distortions with no explanation? Forget it, Salome–it’s Riverdale.

Actually, since we are right around the corner from Greendale, I’m just going to assume that anything that doesn’t make sense is supernatural. That is, except for the failures of common sense, which as always, run rampant.

First of all, Randy Ronson is dead, which is most surprising to Archie, who apparently never considered that people can and do die in boxing matches. You’re literally beating someone, but sure. Like, genetics caused Muhammad Ali to develop Parkinson’s disease, but having his head hammered repeatedly didn’t help. 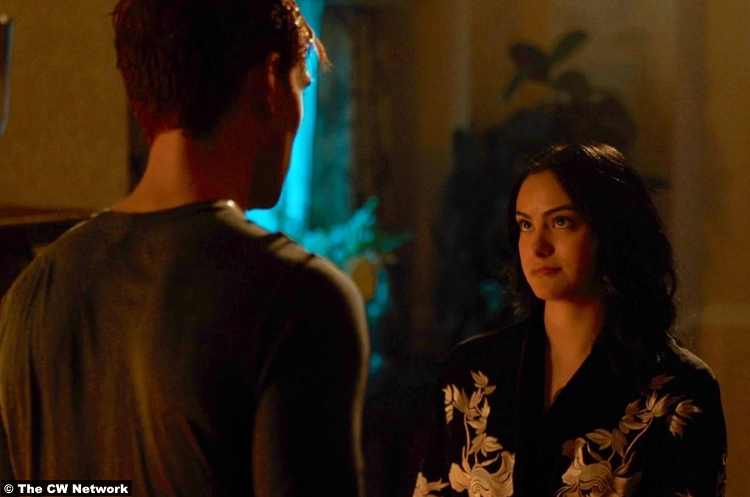 Anyway, the Ronson family, which evidently consists of like, 40 sisters, is understandably upset. They briefly turn their agony at Archie, but everybody’s favorite good boy does his best to try to make it right, including giving his prize money to the many Ronson dependants. That’s despite Elio and Hiram trying to work against him and once again, can we let it go, please?! I mean, maybe I’m wrong and y’all cannot get enough of Hiram v. Archie. But I, for one, am tired.

Hiram did make me laugh this week, though, when Betty was lobbying for a transfer for Hal to Bianchi and Buono Correctional Facility (or whatever it’s gon’ be called). Hal allegedly wants to move because he’s stuck in a windowless cell at Hannibal Lecter Farms, while B&B has cells that overlook the Sweetwater. Or as Hiram describes them, “waterfront” rooms. My sides.

I say “allegedly” because we find out at the end of the episode that there was an accident during the transfer, and Hal died. Yuh, I didn’t just fall off the maple truck. No one’s dead unless there’s a body and sometimes not even then.

Now let’s check back in on the Joneses. Oh, Gladys is in a sai fight with Penny Peabody? That feels right. Because this is a family website, though, I cannot share the word I yelled when Penny appeared onscreen. 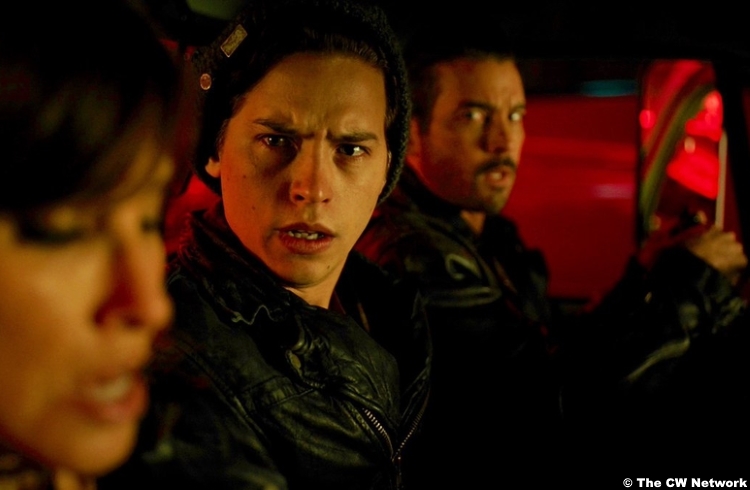 The ludicrous things the game via Kurtz commands the Jones family to do, which include robbing Pop’s (!) at gunpoint (!!), become even more incredible, when Jug gets to talk to JB and she’s just…at home, chilling out (!!!). Now wait one gosh-darned second–did none of y’all even try to call her?

So yeah, she’s fine. Kurtz is probably dead, FP is in the hospital (BECAUSE POP SHOT HIM!), Gladys is leaving town for a while, and Jughead is about to have a ten-minute-long panic attack, but Princess Jellybean is on the couch. And at no point does Jughead call for any help, not from Serpents and not from Betty.

But Betty doesn’t ask for his help, either. In fact, she finds out the most shocking news Riverdale’s heard in at least five minutes–since a teenager killed an adult in a boxing match: Evelyn is not a minor. In fact, Evelyn is 26-years-old. If you, like me, were wondering why Chad Michael Murray was cast as a dad despite being markedly younger than 50ish, that’s why. Evelyn is not his daughter–she’s his wife!

Shrieking, I know. Anyway, the fact that Betty shares this with no one in her immediate circle, like her boyfriend or the friend she lives with, is bizarre to me. But whatever, whatever–I’ll let it go. The fact that she shares it with Toni is one of those failures of common sense, though.

Because it turns out that Toni is, in fact, a double agent. Or a triple agent–I can’t keep up. While pretending to help Betty by infiltrating the Farm, she’s really been indoctrinated further into their cult-y ways. So when Betty sneaks into the Farm to liberate niece Juniper–after Penelope secured custody of Jason, nee Dagwood–it’s an intended trap. 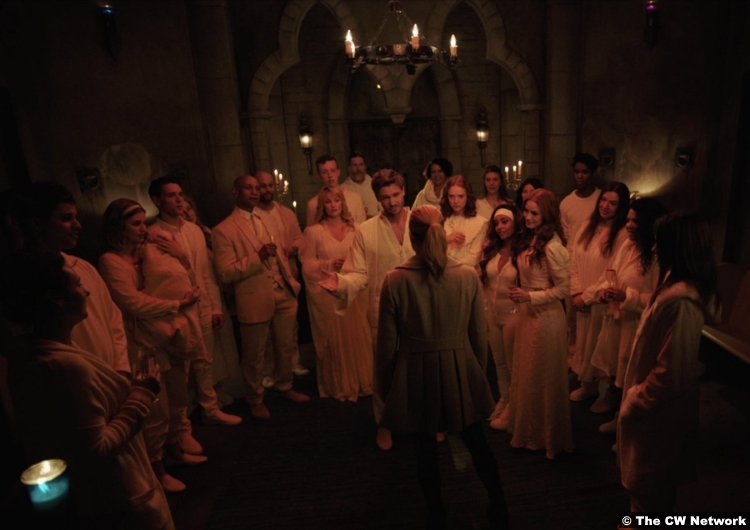 Everybody there knows the truth about Evelyn and Edgar and they’re just okay with it, I guess. Even Alice, who’s supposed to be marrying Edgar, is copacetic. They want Betty to be a part of it as well. And no, I have no idea what in her past behavior led them to believe that she’d be into this. Even with the hard sell that everyone in her life is there, because they aren’t. Look, Betty, it’s your mom, who liquidated your college fund. Your cousin, who you kinda get along with. Your friend, who’s mildly betrayed you like, 5 times now. And your principal. You know, the important people.

Even with Edgar urging his flock to “catch her,” Betty manages to make it back to her car, as they lurch like zombies after her. This is going to make prom night next week pretty awkward, huh?

8/10 – Despite the Riverdalian leaps of logic, this was one of the episodes where you can relax into the bonkers flow and let the show’s silliness wash over you.