REVIEW: The GOTG Holiday Special is a sweet prelude to next year’s finale

It’s been five years since James Gunn released a Guardians of the Galaxy film, and though the characters have popped up in other places since then, namely Infinity War/Endgame, and most recently Thor: Love and Thunder, Gunn himself has spent the past half-decade working with Warner Bros and their DC Comics films. Recently, Gunn was named the head of creative for DC Films and has begun mapping out a roadmap for the new “DCU” going forward. For the foreseeable future, Gunn’s days at Disney/Marvel are finished, but before we see what he will do with DC, the writer/director is treating fans with one final Guardians movie, coming in May of next year. The film was originally slated for 2020 but was delayed after Gunn’s firing after old tweets resurfaced which highlighted his very twisted (some would argue “in poor taste”) sense of humor. Fences were mended not long after, so it’s good for fans that we’re still going to get the proper finale to this trilogy.

In the meantime, Gunn has treated us with a forty-minute special, released exclusively on Disney+. The special comes a month after the Halloween-themed “Werewolf by Night,” (stunningly directed by longtime music composer Michael Giacchino). Presumably, we can expect more of these sub-hour-long one-offs that introduce us to new characters, offer a fun side-story we might not have otherwise seen, or—in the case of the Guardians of the Galaxy—tantalizingly tease us while we wait for next year’s feature film.

The GOTG Holiday Special is more than just a prologue to Volume 3. In fact, the odds are good we won’t get more than a passing line of dialogue about what happens here in the movie. Instead, this is a throwback to the days when long-running TV shows would have a “Holiday Special” that networks would replay year after year, long after the original shows were off the air. I grew up watching these, with the Christmas specials featuring Garfield, Winnie the Pooh, and the Muppets being among my annual watches. Gunn understood exactly the sort of tone to strike with a special like this: It’s sweet, funny, unserious (by that I mean it isn’t afraid to be silly), tenderhearted and—perhaps most importantly—it packs a great Christmas-themed soundtrack. 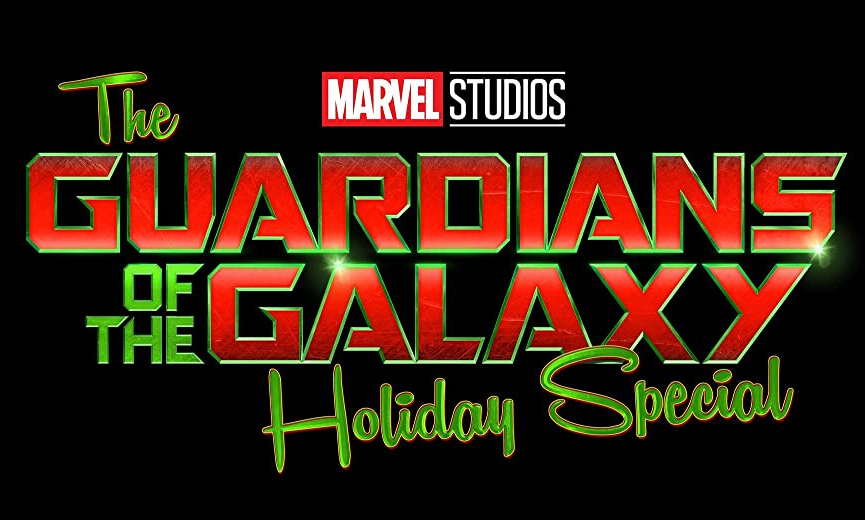 No one should worry that James Gunn has lost his touch after so many years away from these characters. These are the Guardians as they’ve always been. Drax and Mantis are given the spotlight, but the little we get from the rest is perfect: Nebula is just as intense as ever, with a sweet side buried deep beneath her gruff outer layer. Rocket is in his usual mischievous form. Groot is…strangely swole. I assume he’s just going through hormonal changes as he eases out of adolescence. Peter’s the only one who’s not quite himself, mostly on account of missing Gamora, who is the only notable absence in the special, for obvious reasons. Her not being around, I don’t think, is ever referenced in dialogue, but since it will be a central plotline to next year’s movie, I assume that was an intentional decision by the writer/director. 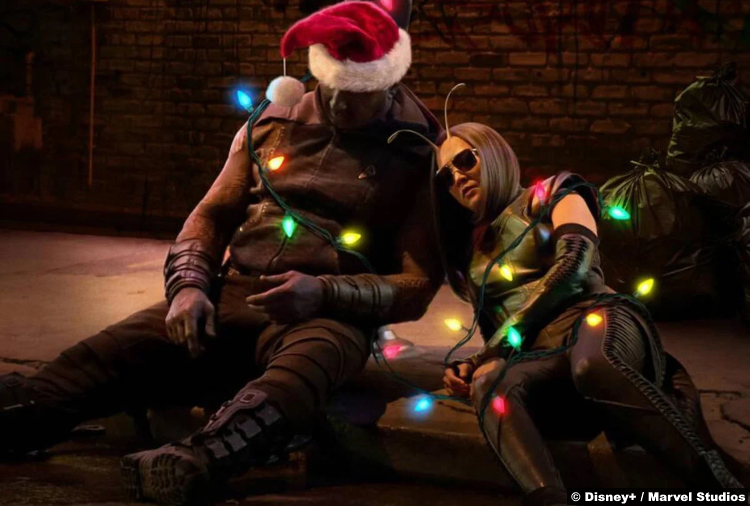 Other than Gamora’s absence, there’s nothing here that would date the special or lock it into a particular window of time in the MCU chronology. That means it’s the kind of story that can be revisited year after year, in keeping with the old holiday specials it was modeled after. Despite that, and despite the fact that I know Gunn is done with these characters after Volume 3, there’s enough personality in this group for multiple additional holiday specials to be released in future years. Alas, it’ll never be.

Quill’s mostly sullen mood is the central problem that Mantis and Drax set out to solve: They want to cheer him up for the holidays and decide the best way to do that is to kidnap his childhood hero, Kevin Bacon. This leads to a delightful middle of the special, in which Bacon’s home is invaded (featuring Mantis leaping from wall to wall like a deranged spider-woman). The police get involved but their bullets only tickle and Mantis’ ability to mind-control ends up making short work of the law enforcement. She ends up getting in Bacon’s head and convincing him to go voluntarily with them back to Knowhere (maybe next time start with the mind-control and not with Drax creating a Drax-sized hole in the wall in a break-in-attempt).

Of course, once Bacon is in front of Quill, the silly premise is upended: The actor turns into a musician and hosts an impromptu Christmas special for everyone. We end on a happy note, with gifts exchanged and hugs shared. It’s sweet, and while I can see a more cynical person finding it cringy, Gunn was going for a particular style here and nailed it. The only missing thing was a cameo from Mark Hamill in a Santa Claus outfit. 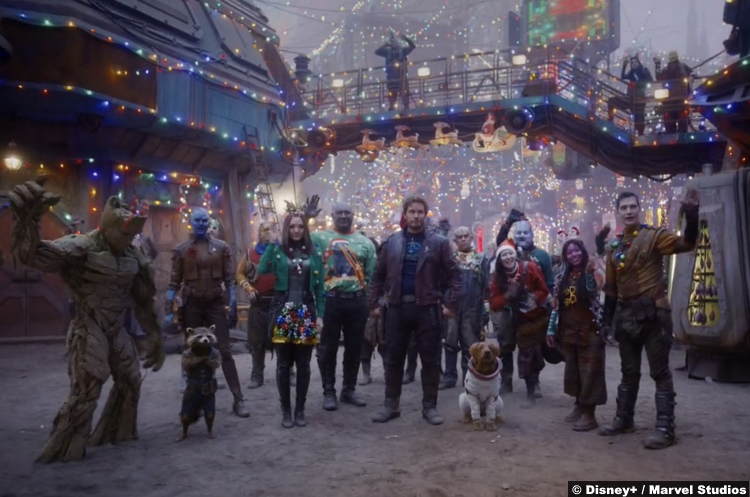 It’s hard to find anything particularly wrong with the GOTG Holiday Special. The only complaints I have revolve around what it wasn’t even trying to do or be. I suppose I could knock it for being so charming and entertaining I wished it wasn’t a mere forty minutes long. If that’s the worst I’ve got to say, I’ve got nothing to say. This was never meant to be an epic, nor even an action-heavy spectacle like Werewolf By Night. What it was, was a throwback to the kind of Christmas specials that the 1970s and 1980s had in spades. Gunn nailed the tone, the pithy plot, and the saccharine atmosphere. Along the way, he made me more than ready to see these heroes—one last time—on the big screen.

10/10 – The Guardians of the Galaxy Holiday Special accomplished exactly what it intended to accomplish with nary a flaw to be found. It was great to see everyone again, and I can’t wait till May.