With the return of Riverdale for its third season, I tried to contain my emotions. Or rather, my emotion: unbridled glee. But when I heard the words “Leopold & Loeb Juvenile Detention Center,” I almost threw something across the room.

There. That’s the Riverdale I know and love. Of course, the reason why a juvenile detention center even came up is because of Archie’s trial. Honestly, though, I barely remembered what he was on trial for. (It’s murder. He’s on trial for the murder of Cassidy, one of the townies who robbed the gang at Lodge Lodge.) 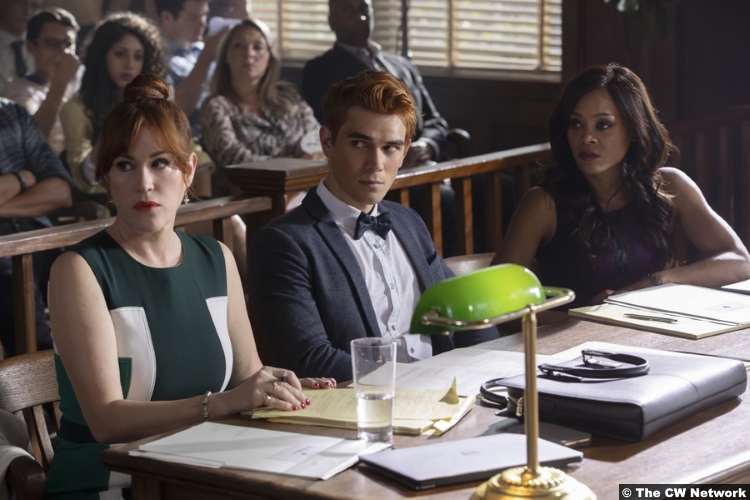 The evidence is obviously circumstantial, but it doesn’t look good. Archie has a history of violence–ask Nick St. Clair–and a history of violence-adjacent impulsive acts–see also: the Red Circle. And also the Dark Circle. He was there when Cassidy died. And he feels guilty about that part–he left Cassidy with Andre and to Archie, that feels like signing Cassidy’s death warrant, even if he didn’t pull the trigger.

So perhaps that’s why Archie accepts a plea. The jury deadlocks, so in lieu of a retrial, the prosecutor offers a deal. If Archie pleads guilty to manslaughter, then he’ll be given a sentence of time served and two years in the aforementioned juvenile detention facility. The last we see of him, he’s on a bus to Leopold & Loeb. I actually really liked that scene. Instead of going over the top as they could do, by making Archie’s fellow inmates menacing thugs, it’s much more realistic. They’re just boys. 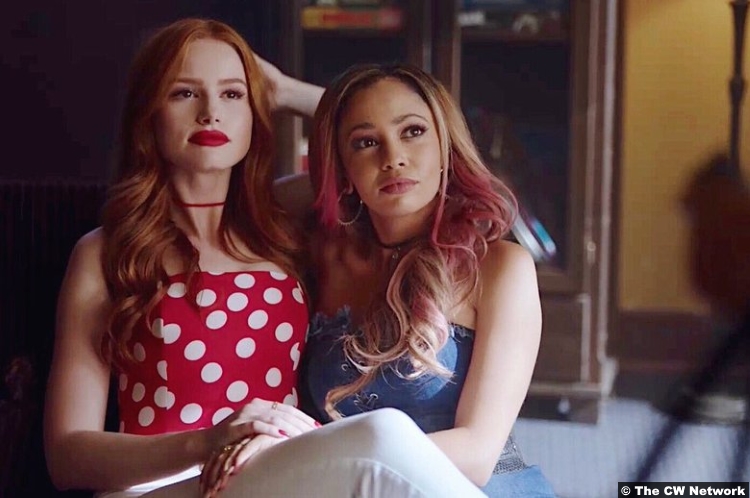 And speaking of over the top, light of my life Cheryl. Before we get to the plea, the gang is hanging out at Pop’s, where Cheryl comes to invite them to a pool party. She is wearing a bikini top and very abbreviated shorts and she announces her entrance with “Greetings, chums.” She’s spent the summer on a motorcycle-powered road trip with Toni. I love her so much.

The pool party is pretty standard, although we do learn that Josie and Sweet Pea have been having a summer fling. Good for them. The world needs more joy. 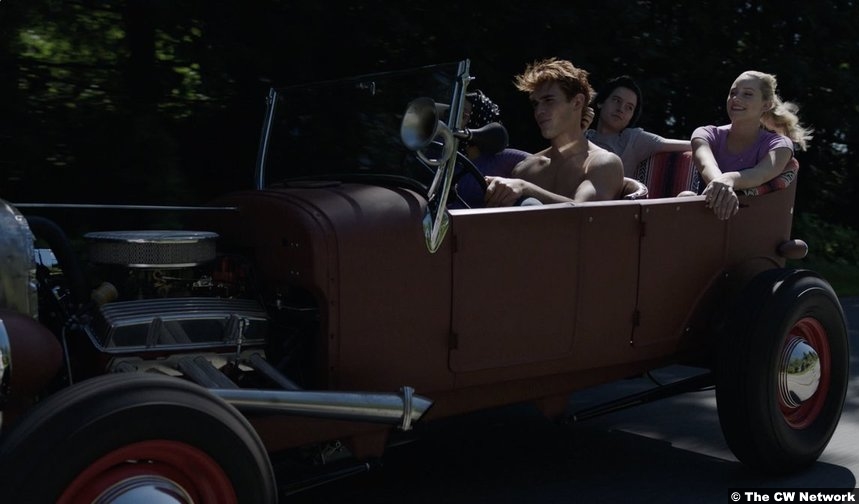 I’m still unconvinced this beast is street-legal. Does it even have seatbelts?

Lord knows that Bughead could use that. While Alice is embracing the lessons of Polly’s cult leader, EDGAR EVERNEVER, Betty is writing herself forged scripts for Adderall for reasons that are not explicitly explained but probably have to do with,  you know, the whole Hal thing. One night, she finds Alice and Polly in the backyard with some of the cult members and the Cooper women are holding the babies over a fire. As they let go, the babies levitate just like I did the first time I heard the name Edgar Evernever. Then Betty starts convulsing.

Meanwhile, her boyfriend’s got problems that are a little more down-to-earth. There’s still the friction with the Ghoulies, who had the unmitigated gall to dognap Hot Dog, and believe me, just typing that was almost enough to send me into paroxysms of joy. Hot Dog is safely returned, although the tension with the Ghoulies still exists, because duh. There will always be tension as long as Penny is part of the equation.

All of this is basically just a visual “What I Did on My Summer Vacation,” though, with some minor updates. We do get a glimpse of our third season mystery, though. When everyone was at Pop’s, Jughead spots Dilton and Ben playing some role-playing game about which Ben is very secretive. Later, Dilton shows up at the Jones’s home, saying he needs to talk to Jughead, because it’s not just a game. “He’s real.” “Please don’t say ‘Slenderman,'” I implore him. 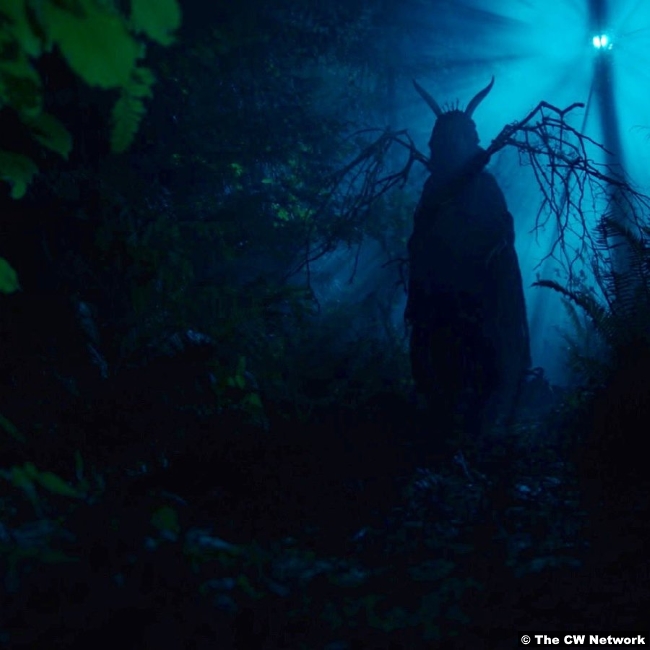 When Jughead returns home, Dilton is gone, but he’s left a map and a terrifying drawing of someone called the “Gargoyle King.” Jug follows the map to a spot either in or around Fox Forest, where he finds a scene straight outta True Detective (season 1). A  representation of the King himself towers over the prone figures of Ben and Dilton, who are both clad only in their drawers and who both have symbols carved on their backs. Ben, at least, is still alive, as he vomits up what looks similar to the liquid in the bowls around the King’s altar. Oh, did I mention this is happening when Betty starts to convulse?

Good thing everything’s back to normal in the town with pep.

8/10 – The trial scenes are whatever–if you want an entertaining courtroom show, watch Trial & Error. (And bring me a third season of it.) In fact, everything’s pretty much just getting us up to speed on what’s been happening. But then there’s the CULT. CULT 2018, baby! I don’t know who or what the Gargoyle King is, but I’m dyin’ to find out. Also, Riverdale’s Coalition of Hot Dads–Fred, FP, and Tom (former Sheriff Keller)–have made a pact to free Archie from his bondage and one would assume, make Hiram Lodge pay for putting him there. Oh, hey, Salome, you didn’t mention him. Yeah, he sucks. He’s still sucking as of this episode with his “I only did all this [“this” being framing a teen for murder] because you chose boyfriend over blood, mija!” Tell it to your lawyer someday. And speaking of the law, I full-on guffawed when Josie suggested she could get Veronica into the hotel where the jury was sequestered. “What are you thinking, V?” Betty asked. She’s thinking about jury tampering, a crime! Oh, Riverdale, I’ve missed you.