It’s time to go glamping! Well, yeah, we’ve been glamping, but now we’re doing it with Donno. And uh, Tonya’s also there, of course. Despite Tonya’s somewhat questionable character development, I don’t have anything against her. I think she’s just trying to survive. But as far as this trip goes, I’m most interested in seeing Donno because he’s quietly hilarious. And it starts from the beginning.

When Cormac told Cassie that he had to leave because he had to go pick up new campers, I had completely forgotten that it would be Donno and Tonya. (And uh, Carla (Angelique Cabral), Beau’s ex-wife.) So that was a pleasant surprise, as well as Donno’s immediate wish to ride a horse. A white one, very specifically. And HE WANTS TO NAME HIM GANDALF. 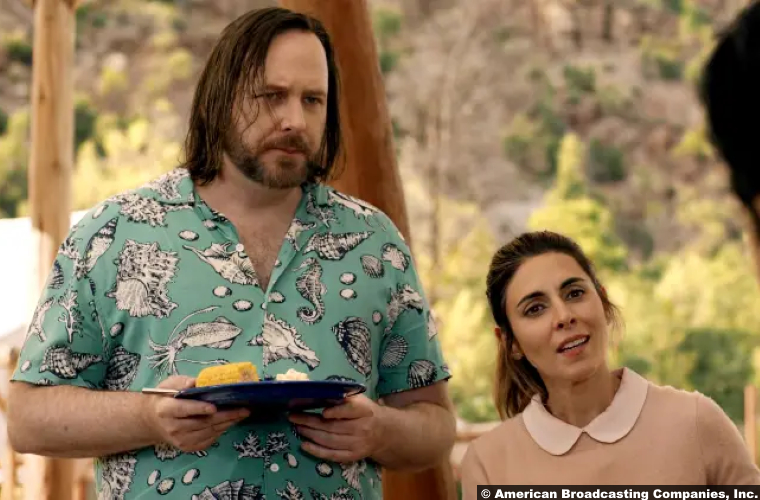 It was not surprising, though, that he didn’t want anyone to touch his bag. Those are his murder accessories! I mean, I assume. And while I’m here, rhapsodizing about him, I have a question about his styling: Why is his hair so greasy? I know there’s got to be a reason for it, plot or character-wise, but it doesn’t make sense to me. After all, he looks generally well-groomed–clean clothes, etc.–and he works in food service, where you have to maintain a certain level of cleanliness. Knowing that, I don’t get why it looks like he styles his bangs with lard.

When I was looking for images of him from past episodes to confirm that he usually dresses well, one of the first ones I saw was from me, from a past review. That’s a hint that I perhaps talk about him a lot, so I’ll move on. Kind of.

When Tonya and Donno get into camp, they waste no time in finding Luke and then pressuring him to tell them where Paige is. He says what we know at this point to be the truth. She’s gone. He also says that she took what they’re really looking for, which is the money. He offhandedly refers to it as the “15 million.” Is…is that in US dollars?

I assume that they’ve tied the money up in crypto or something, hence Avery’s later conversation with Luke. Otherwise, I’m going to find it offensive that they think I would think they’re just carrying around a whole fifteen million doll hairs. Because…s’lot of money. (Yes, I looked up how much.) 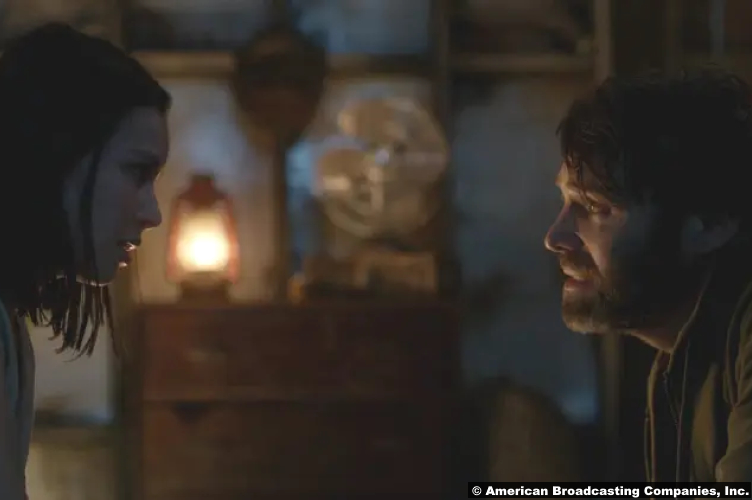 Meanwhile, Paige herself is, of course, with Walter. I said last week that we didn’t really know the vibe there, but this week, we get a better idea. Like Tonya, Paige seems to be a survivor. Since she doesn’t really know the deal with Sunny and Buck and Walt, she’s just keeping her mouth shut until she does.

She also appears to sense that there’s something not quite right with Walt. He’s easy to read, though. His feelings are close to the surface, especially his volatility. I see this going one way, in which she eventually does something to upset him, maybe by trying to leave. I don’t see his reacting well, but then again, I’m still largely in the dark. All we know so far is what the show has told us.

Meanwhile, back in town, we have our case of the week with the sheriff’s department. It was very…look, it was alright. Beau is thinking about buying a motorcycle for Emily because that’s what teenagers need. As he checks out models, Some Ruffian (Grant Harvey) stabs the shop owner with a screwdriver. (I assume he’s fine, since we forget him.) 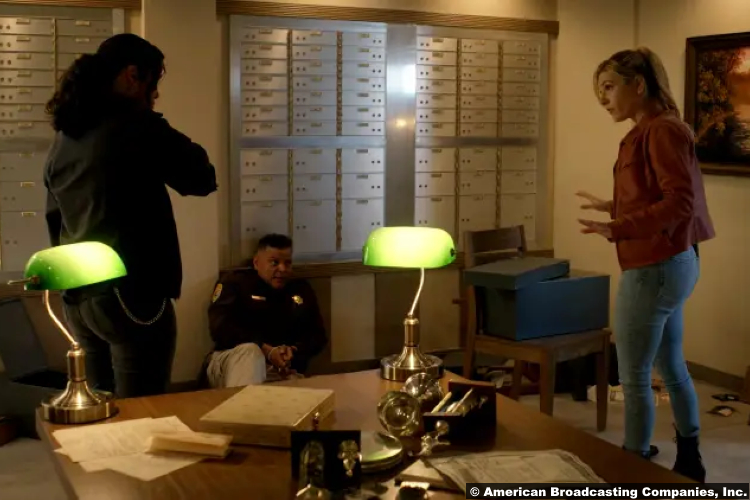 What looks like a motorcycle heist turns out to be a more complicated plan involving a bank heist. This storyline gives Beau the opportunity to have a motorcycle chase, Jenny the chance to bond with bank robber Heather (Andrea Cortés) over terrible moms, and Poppernak a meatier storyline. The gang kidnaps him and it’s tense, but Jenny and Beau successfully come to his rescue. He even gets to be one of the crew at after-work drinks.

Again, it’s a perfectly cromulent storyline. It’s just a little bit of a letdown after the spooky shenanigans of last week’s side plot. “That one had a werewolf,” I whisper, while not breaking eye contact for like, at least 10 seconds.

8/10 – Like the case of the week, this episode overall was very adequate. Again, I enjoy seeing Donno glamping, as I love watching him interact with normies. But beyond that, nothing really happened. It was never boring, but it noticeably didn’t move the plot forward, at least not in a dramatic way. It gently nudged the plot. But that’s okay–they can’t all be the Best Episode Ever.