In the end, it’s all a fantasy. I don’t mean that it’s like one of my all-time least favorite tropes, the “it was all a dream” plot twist. Everything we’ve seen this season happened in the world of the show. But it all happened in service of fulfilling our real-life fantasies.

It’s been a strange year since last year’s election. Then again, all years are strange and we have always lived in interesting times. But this year has been…overwhelming. Stories that would have dominated the news cycle in the past are just blips now. Like, remember that a man shot 600 people in Las Vegas? That was just last month. It feels like it was last year. But it’s last year that’s got us feeling like this. Maybe it’s time to move on from 2016.

So for the first time since the season began, we visit the future, 2018, where Kai is now in prison. Despite the fact that he’s now incarcerated, life hasn’t changed all that much for him. He’s still the Divine Leader to an army of acolytes that seems to include a corrections officer, Gloria Whitmore (Liz Jenkins). 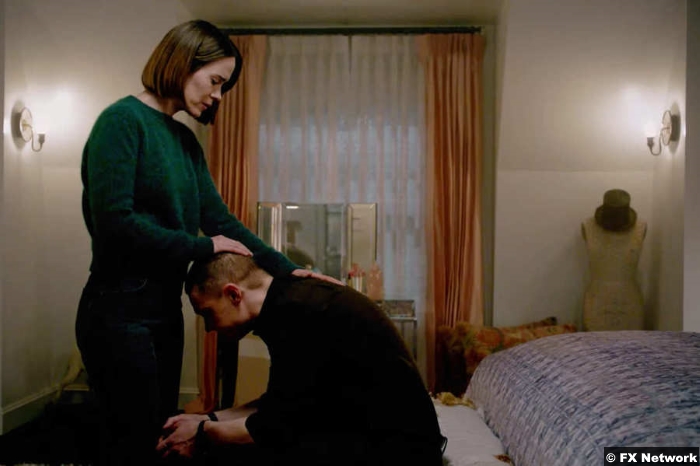 You might notice, though, that none of his followers are familiar. That’s because they were all killed when the FBI raided the Anderson house. They approached Ally when she was institutionalized and she’s been working for them ever since, although I doubt they’ve sanctioned things like her murder of Ivy. Or her murder of Speed Wagon, who, it turns out, was a confidential informant like Ally. After eliminating him, Ally is the only mole. She’s the real enemy. And Kai knows it.

She seems to take a real delight in needling him about it, which is understandable. He did make her life miserable for no other reason than because. I’m sure, if you asked him, there’s some rambling philosophy behind it, but really, it’s just like the scariest line in the movie The Strangers: “Because you were home.”

So she turned it around on him. And after manipulating him to murder both of his siblings, things like revealing Oz’s true paternity or running for the senate seat Kai wanted might seem like small potatoes. 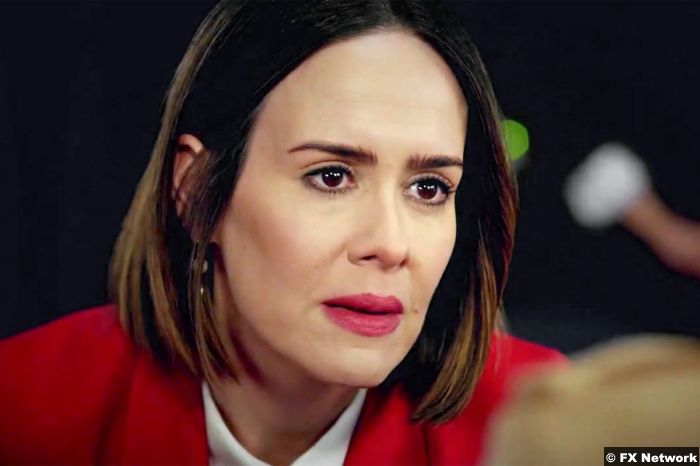 But that’s the problem with a “humiliated man” like Kai. Nothing is small to him, especially not vengeance. He’s not going to let Ally go on living her new, prosperous life, with her girlfriend, her son, and a growing base of supporters intrigued by her I-escaped-a-cult-AMA backstory. That he thinks that he can “let” her do anything is his fatal flaw and the fatal flaw of a lot of leaders. They can lead their flock to water, but humans have always aimed to misbehave. Their skepticism may lead them astray or they may just find something better.

That’s what happens to Whitmore, whom Kai thinks he has under his thumb. Although it’s unclear how exactly Ally gets wind of her, she persuades the guard to her side. It’s not that hard to do, especially after she explains exactly how Kai works, how he breaks you down and then presents himself as the cure. But even if Ally didn’t explicitly lay it out for her, she can see it for herself. She can see it in the way he forces a weak inmate to his side, an inmate whom Kai wants only for his body. Literally. He kills the inmate and mutilates his face so they’ll think it’s Kai and then Kai can escape.

Then he can make his grand stand at one of Ally’s debates. It’s an important event for her, as Beverly, who escaped charges and got to take out some Blueshirts, makes clear. Ally’s being hammered on strength. Although she’s got a respectable base, a lot of prospective voters are having trouble seeing her as something other than a cult victim. Like Kai, they don’t see her full power.

In a way, she’s like Kai’s monster. If he hadn’t burned out all her fears, we wouldn’t be here. But that’s something he forgets. When he mounts the stage at the debate and gives her a Bond villain pre-death speech, he undoubtedly feels nourished by her show of fear. After all, it’s what he thrives on the most. But she’s not afraid anymore and he should be. The gun’s not loaded. He’s not just shooting blanks; there’s nothing to shoot. As it turns out, in the world of this show, there is an element more powerful than a humiliated man—a nasty woman. 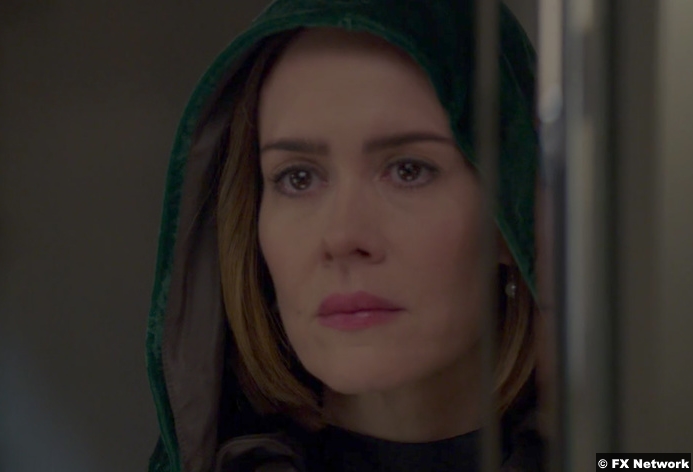 Kai, to his misfortune, is up against multiple nasty women. There’s Whitmore and Ally, of course, but there’s also Beverly. She never got that seat at the table, but she does put a bullet in his head. When Ally wins her senate seat, we can predict that Beverly will get to sit, too. But so will some other women, as the final shot shows. Clad in the green cloak of SCUM, Ally assesses herself in the mirror. She’s taken Kai’s power and then some, but does that makes us great “again”? Like anything else, it depends on how she uses it.

8/10 – This season has seemed unfocused at times, but that can be par for the course for AHS, obviously. As many a TV critic has mentioned, the show loves throwing everything at the wall to see what sticks, often to its detriment. However, for the most part, all their larks have worked this season. That “nasty woman” crack was a bit much—it was too winky even for this show. You may not agree with all of their conclusions re: politics, but it’s hard not to see their main point. Our leaders should never have our full faith. Even if they say all the right things, even if they seem to have all the power. Power is given, after all, and it can be taken away.

As I write this, it seems like the specter of ol’ Charles Manson may not be haunting this world for much longer. If you’d like to know what it was like being in his thrall, you can check out the book I’m currently reading: Member of the Family, written by one of the youngest Manson Family members, Dianne Lake.