It’s a sad fact that the world is so wild that two of the programs I review have had to alter their storylines so as not to bring up bad memories. Mr. Mercedes already altered its ending and then found its debut episode, wherein the eponymous Mr. Mercedes plows through a crowd of people, airing the same week a man did it in real life, in Charlottesville, VA.

American Horror Story: Cult now confronts the same sad phenomenon, as its episode this week was meant to begin with a mass shooting. The episode was edited so that the scene still happens, but most of the violence takes place off-screen.

I think it’s a fine edit. There is nothing about the horror of random gun violence that we will miss by not seeing bullets entering bodies. That’s the sickest and saddest thing about this season of AHS. There is nothing supernatural about it (so far), yet it’s as terrifying as the show’s ever been. We meet this monsters in real life. We see those fallen bodies on the news. 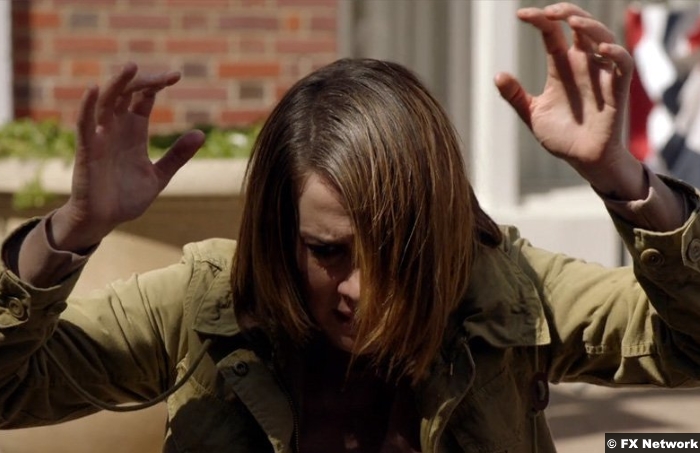 On the show, though, those bodies are at a campaign rally for Kai and at first, we might think we have the whole story sewn up. There’s Ally holding the gun as the police shout for her to drop it. Of course it came to this, we might think.

But another “of course” is that Ryan Murphy and company love nothing more than pulling out the rug. So for that, we rewind the story once again to 2016 and how Ivy became part of the clown cult. It seems her dissatisfaction–nay, hatred–of Ally started long before she voted for Jill Stein. Ally carried Oz and Ivy was left feeling like an outsider, especially when Ally referred to their son as “my baby.”

That resentment grew and festered until Ivy hated Ally. For 10 years?! Anyway, killing her isn’t an option, because above all, Ivy cares about her son and wouldn’t want him to face that kind of trauma. Better to have a parent silently resent the other one while driving her batty until she can’t possibly be considered competent!

Kai gets his next light bulb moment when he’s challenged at a city meeting by Sally Kefler (Mare Winningham). Sally sees Kai for exactly what he is, a frightened little man fighting his fear of the changing world by turning it into hate. She’s just as charismatic as Kai and has started to gather her own supporters, so of course, he must destroy her. 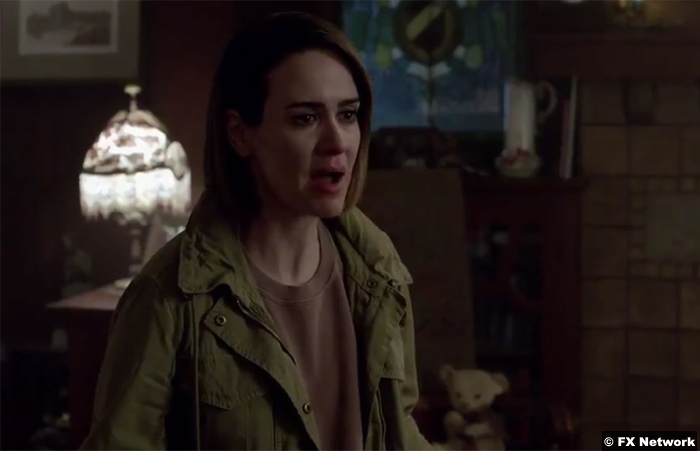 That Ally is at her house when the clowns come is just icing on the cake. Sally’s death is staged to look like suicide, with her last note on Facebook.

Ally is at her house to get help with Meadow, whom she thinks she’s rescued from Harrison and Detective Samuels. She’s stashed Meadow with Dr. Vincent, but when she returns, Meadow is gone. Dr. Vincent tells her, you know, Meadow’s an adult. He can’t keep her there if she wants to leave and she wanted to leave. Furthermore, she claimed that nothing was wrong.

Gaslighting is one of the oldest psychological tricks in the books, so no surprise that the cult does it. They do all the other tricks, after all. Like, love-bombing. Kai does it to Meadow, who becomes upset when she sees him doing it to Ivy. This breaks his hold a bit, so that she starts talking about leaving. Kai, however, is already a master manipulator and he shifts Meadow right to where he wants her.

She’s right, he “admits,” that city council is a pretty paltry goal. What he needs is a step to the big time. You know what would lift him up there? A martyr moment, like an attempted assassination. So that’s what the mass shooting is all about: a cynical grab at more political power. Not that any real life mass shooting has ever had a lofty goal behind it.

Honestly, someone should have realized that Meadow was up to no good because she appeared in daylight with no hat or sunglasses and probably no sunscreen. I am cringing thinking about it (wear sunscreen).

Anyway, disguising the assassination attempt as a mass shooting is maybe a bad play, insofar as it’s another wedge between Ivy and the group. I don’t know what Harrison or Samuels think about it, though, not to mention Beverly. Gary’s probably all for it, but he’s a zealot. 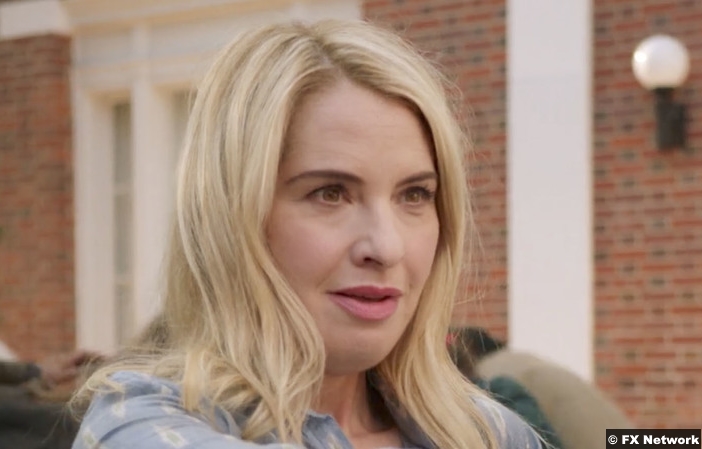 After Meadow shoots a number of people, including Kai, who gets a dangerously close-to-lethal leg wound, Ally tries to wrestle the gun away. She succeeds, but not before Meadow eats it. It’s another bad week in America.

8/10 – Next week, the show will flash back to another assassination attempt–the time that Valerie Solanas tried to kill Andy Warhol. As for this week’s, Sally Kefler was a brief, bright light. AHS often seems not to know what to do with Winningham and this blink-and-you-miss-it role was the perfect example.