After the violence of last week, you’d expect the show to be dealing with the aftermath of that. And they do, but not just yet.

Instead, we go all the way back to 1968, when Valerie Solanas (Lena Dunham) is a writer with dreams of something more. She’s written a play called–deep breath–Up Your Ass, which she’s given to Andy Warhol (Evan Peters) to produce. In real life and in the show, Warhol thinks the play is so pornographic that it’s an obvious police trap. He ends up losing the script. Or “losing” it, depending on how you see it. Anyway, in lieu of producing her work, he offers her appearances in Factory movies, which she accepts. 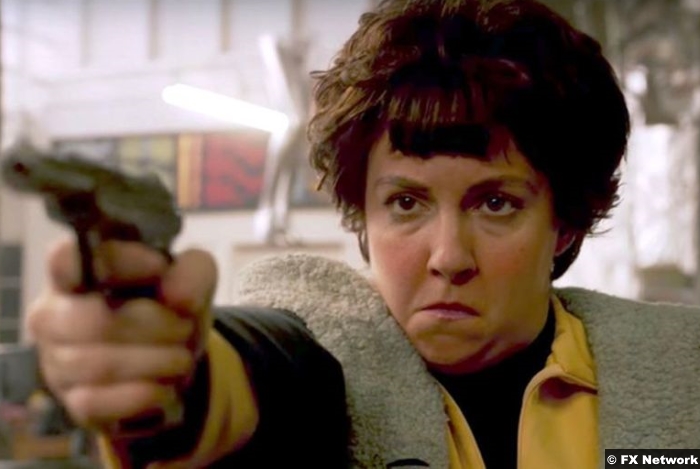 After writing her play, she wrote her most famous work, the SCUM Manifesto. The manifesto is a work that may be satirical that calls for the elimination of men, because they’ve ruined the world. SCUM itself was supposedly an acronym for the Society for Cutting Up Men, although Solanas would later say it was just a literary device and not a real organization.

However, for the purposes of tonight’s episode, it was a real organization. Beverly, Ivy, and Winter are approached by Bebe Babbit (Frances Conroy, thankfully out of The Mist now), who claims that she was Valerie’s lover back in the good ol’ SCUM days. Back when Valerie Solanas entered the Factory and shot Andy Warhol, who survived the murder attempt. 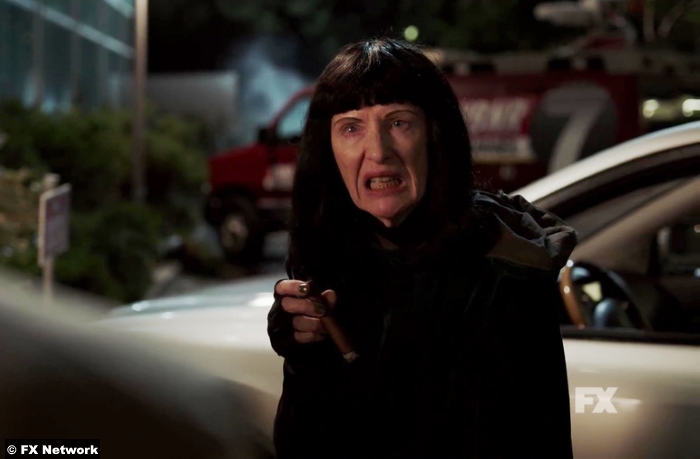 The remaining ladies of the clown cult are ripe and vulnerable now for a new influencer. After the attempt on Kai’s leg, he has recuperated. [Meanwhile, Meadow has been named as the shooter, while Ally remains in custody.] Kai won the city council seat and has assembled a coterie of new men around him. The men come from such far-flung locales as my beloved Birmingham, which really hurts. They’re all of a certain kind, a kind like Gary, and they’re unsurprisingly hostile to Beverly.

So this Bebe explains that the Warhol shooting was Valerie’s notification to the rest of SCUM that the revolution was on. So on December 20, 1968, they massed and killed Daniel Faraday and Betty Lou Jensen, a couple of crazy kids out on a lover’s lane. If those names sound familiar to you, that’s because they were the Zodiac Killer’s first confirmed victims. But Bebe claims SCUM was the Zodiac and they were “couple-busting,” killing men and the women unlucky enough to sleep with them. Everything was going according to their plan until the ciphers started being sent. It turns out one of the few male members of SCUM is sending the ciphers, because #notallmen, I guess. I hope this fictional character enjoyed his fake 15 minutes of fame before the Society for Cutting Up Men cut up that man. 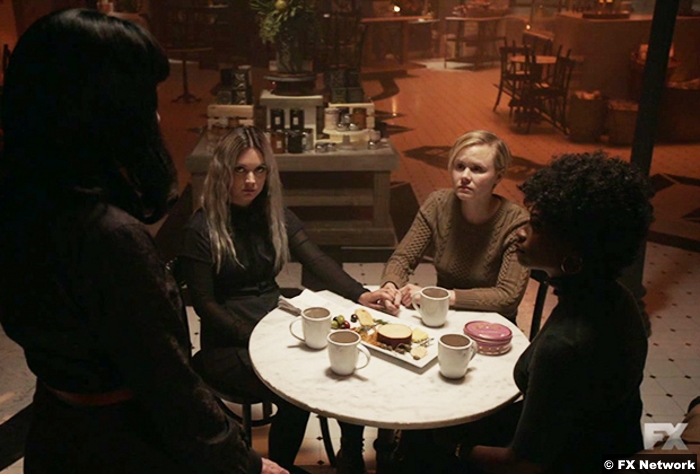 It’s hard to tell what about this story is inspiring to the women, since it ends with an increasingly disheveled Valerie descending into madness and being taunted by a hallucination of Andy Warhol, who tells her that shooting him will be the only thing for which she’s remembered. Nevertheless, they’re moved to strike.

But you always have to figure that Kai knows, because Kai is an excellent student of human behavior. That’s why he’s been such a successful cult leader. So when he asks about the SCUM Manifesto that he’s found in Winter’s things, you might hold your breath as Winter gives a (not-very-convincing) answer. And when he starts bandying about names for the manifesto he’d like to write and comes up with MLWB (Men Lead, Women Bleed), you might see the trap. He gives Winter a quick out, by telling her it was Harrison’s idea.

And that’s how Harrison ends up at The Butchery, lured there by the women under the false pretense of a party for Kai. They want to know, among other things, what exactly happened to Meadow and wtf is up with that name? He claims that he didn’t come up with the name, but they don’t believe him, of course. So they (mostly Ivy) butcher him. At The Butchery. When in Rome…

After scattering his body parts, an all too chipper Beverly reports live from the scene where they were discovered. Kai’s watching at home, but if the women think they’ve thrown him off his game, they’ve misunderstood the one they were playing. Because then it’s revealed that Bebe is watching with him. They’ve been in cahoots the whole time. Cool?

7/10 – This was perhaps the weakest episode of the season so far. The flashback scenes really dragged. And it seemed like a mostly pointless diversion to raise the idea of (part of) Kai’s cult straying from his path, only to have them end up in the same place, even if they don’t know that yet.