Back in the mid-1950’s Sun Studios was home to, what we previously dubbed, The Nativity Scene of Rock and Roll. Elvis Presley was “born” here. Jerry Lee Lewis too. Carl Perkins made his bones here, and so did Johnny Cash. Of the four, there’s no question who became the true breakout. Carl Perkins was influential in more subtle ways, and of course, Jerry Lee Lewis (“the killer”) inspired countless other piano-rockers, but Elvis was the biggest star Sam Phillips ever produced.

Johnny Cash was a pretty amazing silver-medalist, however.

Cash was, put simply, one of the greatest storytellers in American history. He may not have penned a best selling novel or made a name for himself as a columnist or filmmaker, but as a musical artist, none have been better able to use the art of song to tell tales of sorrow and joy, romance and heartache, and certainly life and death. Elvis had the brighter star, but his light went out after just two decades of performing; Cash continued to write and record his stories all the way up to his death at age seventy-one. For five decades Johnny Cash plucked his guitar and sang his stripped-down, country songs.

But after just fifteen years of songwriting and hit-making, Cash entered the late sixties less relevant than ever.

There had been some modest hits leading up to 1967. 1963’s Ring of Fire went #1 and was his biggest hit record since I Walk the Line in 1956. After that, however, the pickings were slim. He hit #3 with The Ballad of Ira Hayes (penned by Peter La Farge) in late 64 and then opened 1965 with a follow up #3 song, Orange Blossom Special (penned by Bob Dylan). There wasn’t much to celebrate after that, however, in his personal life, the singer had spiraled into drug and alcohol addiction. He entered 1967 needing a fresh start and, more importantly, a new challenge.

Folsom Prison offered him both. 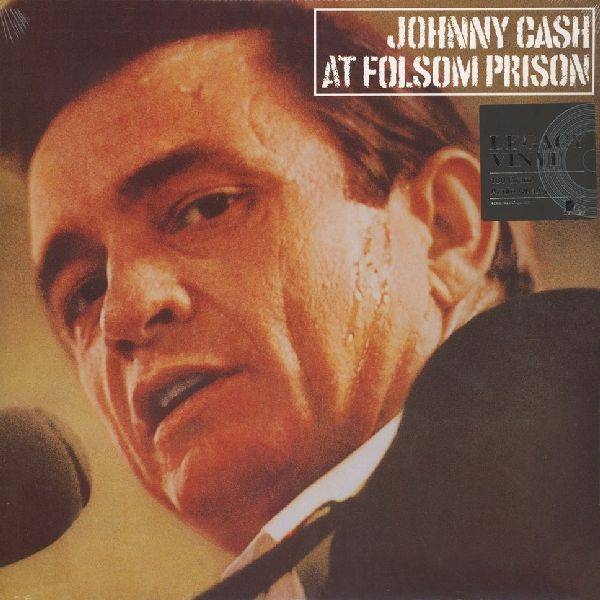 Cash of course first sang about the California penal institution in 1955, though the song was written two years earlier before he signed with Sam Phillips’ Memphis studio. After its success, Cash had wanted to followup the song with a concert at the jailhouse itself, but was denied the opportunity, first due to Phillip’s cash-strapped status and later due to Columbia Records’ (with whom he signed in the late 1950’s) insistence that such an idea was foolhardy.

It wasn’t until 1967 that Cash—desperate for something newsworthy and positive for a change—along with Bob Johnston (the new man Columbia put in charge of producing the singer’s material) decided to revisit the idea. Columbia’s hesitancy was still present but Johnston won the battle and the concert was booked for January of 1968.

You don’t need to hear ten seconds of the recordings (which total to just under an hour on the album) to know that this was going to be a special show. Johnny stepped onto the stage, leaned into the stand-up mic and uttered his famous line: “Hello I’m Johnny Cash.” to raucous applause.

Maybe it was the fact that this audience was a captive one (literally!), or that they were doing time in the infamous prison that he sang about as soon as his welcome applause simmered, or maybe it was just that they felt some brief semblance of humanity at being sung to by a storyteller who seemed interested in giving them a brief, fleeting, sliver of normalcy before they were forced to return to the drudgery of their captive state. Whatever it was, there was a genuine magic to the atmosphere and it comes through on the recordings.

Despite having an obvious hit on their hands, Columbia failed to give the album a proper marketing push. The record company was shifting their focus to Pop and more mainstream Rock and away from Country music. Nevertheless, word of mouth propelled the record to the Billboard Hot 100 a week before it topped the Country charts.

For a month, the album climbed and climbed, and only stalled in June of 68 when Robert Kennedy was murdered, promoting Columbia to pull the album’s lead single (Folsom Prison Blues, naturally), due to the infamous line “I shot a man in Reno, just to watch him die.” The song’s live version was eventually edited to omit the line and re-released to stores and radio where it hit #1 on the Country chart and helped the album reach #1 on the same chart. In a twist of delightful irony, the album peaked at #13 on the Pop chart, again without the full weight of Columbia’s promotion (due to wanting to focus on “pop” stars).

The legacy of the album can’t be overstated. Fifty years since its release, it continues to be a source of inspiration for every singer or band that plays an unorthodox gig (Metallica in Antarctica), or for every artist or group that returns to the spotlight thanks to a tremendous live performance (Queen at Live Aid), or for any artist or group looking to get back to their roots (Elvis’ own 1968 comeback, or even The Beatles’ 1968 White Album) or just for any singer-songwriter that, like Johnny Cash, battled through personal demons, continued plugging away and finally was rewarded with the recognition that was always due; Johnny Cash at Folsom Prison is the standard.

Fifty years (and a few months) later, At Folsom Prison is still the standard, and remains a showcase for a great American storyteller.