Last week, Elias touched on the history of the house, but made only brief reference to the house’s first owner, Edward Mott (presumably an ancestor of Freakshow’s Dandy Mott). This week, we got a closer look at him, courtesy of historian Doris Kearns Goodwin (!!!) and the Millers finally did the least they could do.

Some viewers have speculated that AHS regular Evan Peters might be the literal pig-headed man we’ve seen off and on. He might still be, but he appeared this week as Mott. Mott is kind of a dandy, no pun intended, who is really, really into art. He storms an art auction and buys everything, including a Peel painting that is clearly his favorite piece. The house is still under construction when he arrives, which is also just in time to see a scaffolding collapse and a workman injured. Mott doesn’t take this as the bad omen it is, though, and sets up his house with his art collection on display. 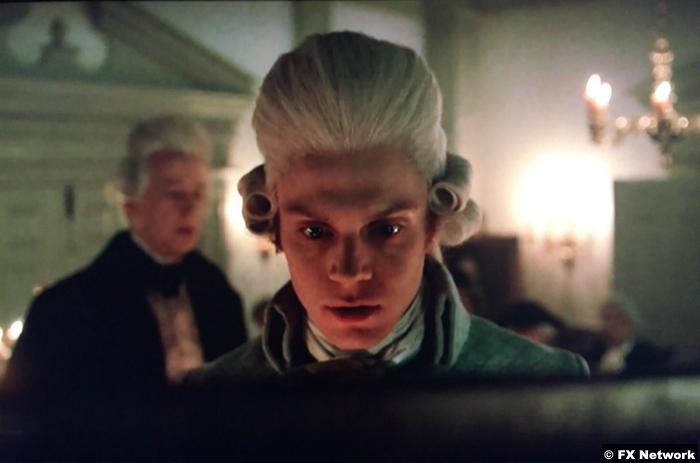 At first everything seems fine, but then Mott discovers his collection, paintings and busts, has been vandalized. He turns on his staff, particularly a group of female servants. They deny any knowledge, but one tells him that she saw a white woman and a young man by the woods just before she heard Mott scream. Unfortunately, he doesn’t believe her, and has the women tossed into the root cellar.

The colonists come for him in the night. They stake him through the chest with a seemingly anatomically impossible pole before lobbing him into a fire. Mott’s slave lover manages to escape the property, but I bet you’re not surprised that he’s arrested for the murder, despite the fact that no evidence is found on the property. He still could have mentioned the women locked in the cellar to literally anyone, though. 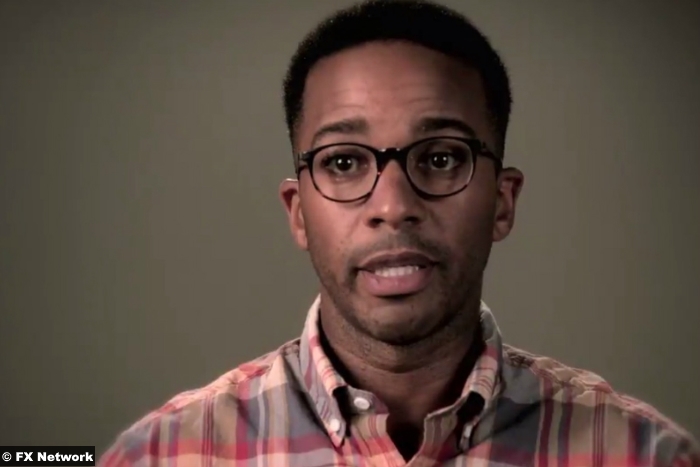 Back to the future, the Millers have a mob on their doorstep. They call 911, but I guess they’ve cried wolf too many times, because no one shows up. They try to make a plan to escape in Matt’s truck, but that will be hard since the colonists set their vehicles ablaze. They could attempt to hole up in the house, but we already know the colonists can enter and even if they couldn’t, the house is already “coming alive,” as Shelby puts it, with the spirits of dead former residents. It’s one of those former residents who comes to their rescue, sort of.

Mott himself shows up and offers to guide them through the tunnels he had built under the house. They go with him, because what else can they do? Matt assumes they’re being led to the road, which…why would it lead to the road? Where you’re going, they didn’t need roads. At least not the ones in use today. This possibly NSFW (language) video is me watching the Millers:

Anyway, the tunnels dump them out into the woods, where they’re picked up by the Polks. Those are the same local yokels who lost out on the house at auction and at whose home, the Millers found those feral children. Now at their home, they have what remains of Elias. He’s still alive somehow, but the Polks, particularly Mama Polk (Frances Conroy), are using him for meat. Before we can really let that sink in, Mama Polk explains that her ancestors made a deal with the colonists: the Polks leave that land alone and allow the colonists their blood sacrifice every year and in exchange, those blood sacrifices are not the Polks. In fact, in fallow years, the Polks have helped find sacrifices. The Polks wanted to buy the property so no one would disturb the Butcher. Now they’re going to help the colonists again by delivering the Millers. 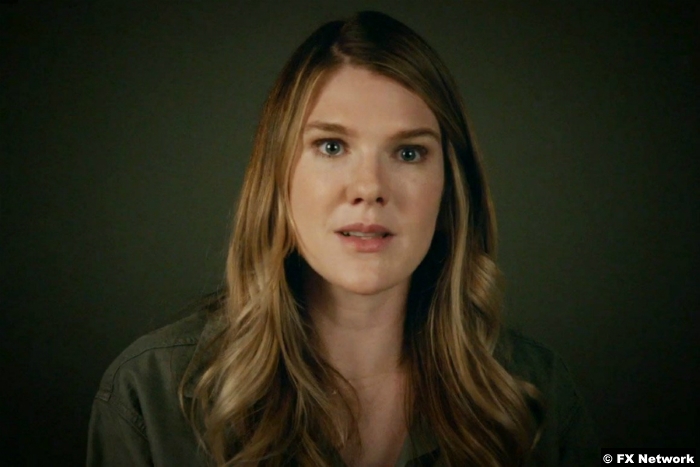 Luckily for the Millers, the Polk boys are about as sharp as a sack of wet mice and the truck ride over is easy to disrupt. Unluckily, Shelby gets her ankle crushed by Mama. The Millers are delivered successfully. Flora is supposed to be the first sacrifice, but instead, the trio is witness to a little revolt within the colony. Ambrose, the Butcher’s son, manages to overpower his thrall and hits his mother, then falls into the fire with her. Mr. Pork Head tries to go after the Millers, but Lee mows him down with her car. (She was released due to lack of evidence and after seeing Matt’s “we found Flora” texts, became concerned when he didn’t answer her calls.)

The Millers get away and retire to a dumpy motel. They say it’s the only thing they can afford, but I have to call a timeout here. Matt is a traveling salesman. He doesn’t have any Hilton Honors or Choice Privileges points he can cash in? I realize the plot doesn’t exactly hinge on this point, but I’m just saying that it seems odd. Anyway, back to the episode. Oh, that’s all there was?  Well, okay. See you back here next week where we’ll check-in with AHS superfan, my sister, and see if the promised Big Twist paid off.