This week, Cult lays many of its cards on the table. After hinting at who’s involved, they start off this episode with a meeting of the (almost?) complete insane clown posse.

Well, really, the episode begins with a montage of Beverly’s work since she joined forces with Kai. Bob is irritated about it because he (correctly) thinks that she’s fear-mongering. He won’t air the footage of Serena’s murder, either, because why would he? 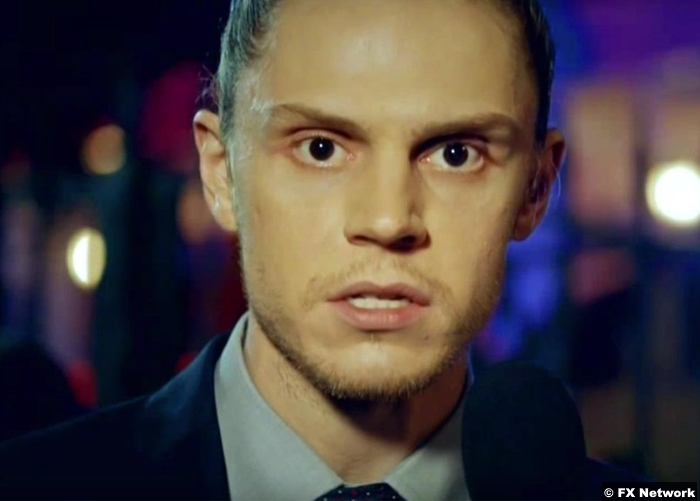 So Kai is frustrated that his message isn’t being as widely disseminated as he’d like. Most people don’t even know about the special election for city council, never mind the whole clown thing. Harrison can’t understand it, because you’d think people would be talking about gruesome murders with a smiley face left at the scene. Beverly explains that Bob is blocking her efforts. Also at the meeting: the detective, RJ the cameraman (James Morosini), and Winter. Ivy is late for the meeting, but at least we know that she is a full member of the posse.

So Kai decides that they have to do another murder and it must be witchy, to steal a word from the Manson family. Their target? Bob.

Meanwhile, Ally is still struggling, especially since Ivy took Oz. She had a trypophobia-influenced dream that caused her to claw at her neck in her sleep. She can’t sleep at a hotel, because Ivy’s canceled their credit cards. She’s mildly suspicious, because it seems like Ivy packed up and moved out of her life so quickly.

She has only supervised visits with Oz and she doesn’t know how to act normally around him. She wants Dr. Vincent’s help so she doesn’t lose her son.

That’s certainly a feeling that Ivy can relate to, as it’s revealed that she’s joined Kai’s clown cause (klown kause?—wait, no, not three Ks) because she believes that the only cure for the country is radical action. Really radical action. Like killing Bob.

Bob may be pompous and he may be a creep, but he doesn’t deserve a propaganda clown murder. He tries to defend himself, but it’s hard when you’re outnumbered and this isn’t a kung fu movie, where everyone waits their turn. He does throw them off, though, by exclaiming, “No one will take care of it!” He’s referring to a gimp he’s apparently keeping in his attic. And sure ‘nough, he has some masked man suspended from hooks. Anyway, Kai stabs him, causing the hooks to rip through the man’s chest, and it’s gross enough to make Ivy vomit. 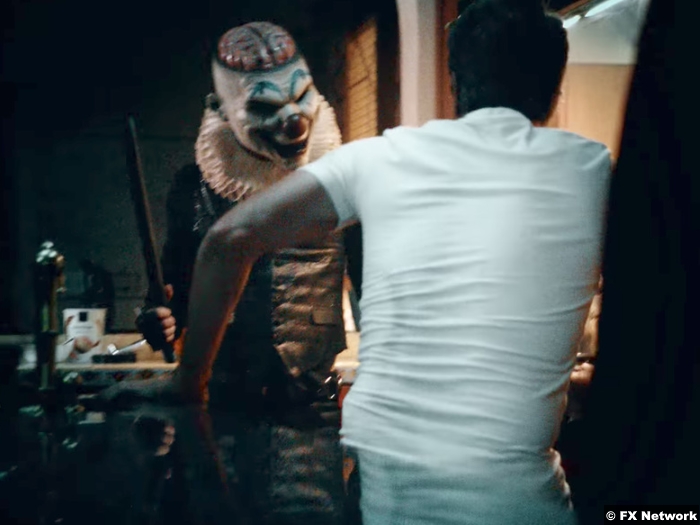 After that, it’s time to kill Bob, which they partly accomplish by stabbing him repeatedly while chanting, “Ave Satanas” to make it extra spooky. After removing her clown mask so he can see it’s her, it’s Beverly who delivers the killing blow with an ax to his head, and it’s Beverly who’s first on the scene to report it. And whadya know—she’s gotten an email with exclusive footage of the crime.

Back in the neighborhood, after Ally spies on Harrison moving more barrels into his garage and kissing the detective, she sneaks over to his house. There she finds a large hole in the side yard, which shocks her and momentarily makes her dizzy. However, it’s not as shocking as the fact that Meadow is in the hole, whimpering for help. Instead, Ally runs for the safety of her home, where she calls 911. 911 is busy, though, so she calls Ivy, who immediately becomes frustrated when Ally mentions holes.

After some loud banging at the door, Meadow then appears at the window. She has just enough time to tell Ally that there’s a “sick cult” and everyone’s in it, including Ally’s wife, before someone puts a bag over her head and takes her away.

As Ivy asks what’s going on, Ally hangs up on her. Ivy’s with the rest of the clown posse, including one-handed Gary. Ivy asks after Meadow when Harrison comes in and he says she’s with a friend. In the wake of the video being aired, Kai’s up 10 points in the polling. Kai’s happy, but he’s also concerned because of “dissension in the ranks.” He leads them all out of the room to “take care of a problem.”

That problem, of course, is RJ. Kai produces a nail gun and he wants Ivy to go first. She’s hesitant, because she’s not a total maniac yet. However, she still shoots a nail into RJ’s head. They each take turns, but he’s still not dead. It’s Kai who finally kills him. 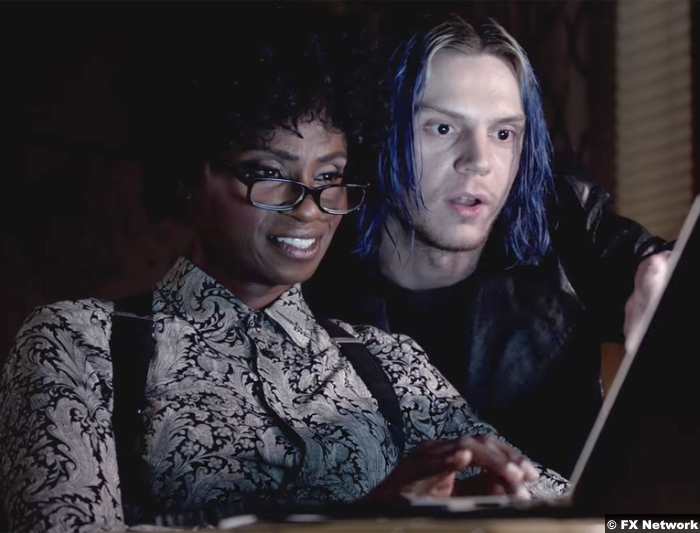 And then it’s time for Beverly’s turn in the pinky-swear confessional. She doesn’t want to confess anything, though. She wants a confession. She wants to know who Kai really is and where his parents are. And that’s how we find out that Kai was a red pill-reading underachiever when his mother committed murder-suicide. His dad had become bitter and abusive after a motorcycle accident left him a paraplegic, and his mother had had enough. Kai didn’t know what to do, but his brother, Dr. Vincent (!!!), did. They hid the deaths, mainly because it would be a big financial inconvenience, and told Winter only when she came home for winter break. Their bodies are still, in fact, in their bedroom, covered in lime to make them decompose.

And that’s how we end the episode, with Kai in tears, as Beverly stands emotionlessly above him.

8/10 – For an episode that revealed many, many things, it also left just as many questions. Like, is Kai’s story true? And how did Kai convince Winter to join the cult? Is Dr. Vincent part of it? What’s going on with Meadow? What’s in the barrels? And after the clown cult seizes power, what are they going to do with it?