Out of all the brand associations in history, there might not be a company that’s more glad to be disassociated with an event than Flavor Aid. You see, despite the phrase “drinking the Kool-Aid” seeping into our pop culture vocabulary, it is believed that it was actually grape Flavor Aid they poisoned at Jonestown.

I would assume that the average reader knows what the phrase means, but I saw tweets during the episode asking if the opening stories were real, so I will assume no more. First of all, yes, these stories are real. Next, when you drink the Kool-Aid, you buy into an idea. You go along with it. It can refer to any bandwagon, but it’s best suited for a doomed one. Like going out into the jungle with a guy who calls his church The Peoples Temple, but names their settlement after himself. 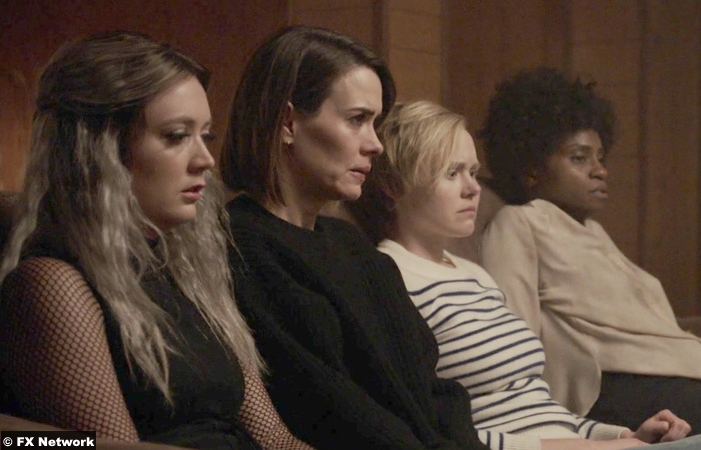 That’s one of the opening stories AHS tells tonight. They also tell the one about David Koresh and what happened in Waco and the one about Marshall Applewhite, whose name you’ve probably forgotten. Bet you remember those black Nikes, though. Lord knows they’re seared into my memory palace.

Kai, who’s now answering to “Divine Ruler,” is the one telling these stories to a rapt audience of Blueshirts. And Evan Peters is the one playing the cult leader role in each vignette and is the one who should be making an Emmy submission tape right now.

The Blueshirts, who are all about as sharp as a sack of wet mice, don’t understand why he’s telling them these stories. He’s planting seeds, obviously. He’s preparing them for their test of faith. Like the clowns, they’re doing a lot for him–mostly beating up other council members and smoothing the way toward his future Senate run. But like the clowns, they will have to do more.

Later, he has the women summoned to the basement, where he produces a pitcher of Kool-Aid. Or Flavor Aid. He cajoles them all to drink. One Blueshirt can’t do it and is shot for his weakness. Everyone else drinks, even if they weep while they do it.

It’s not poisoned, of course. He’s planning to be a Senator. The women are planning to run. 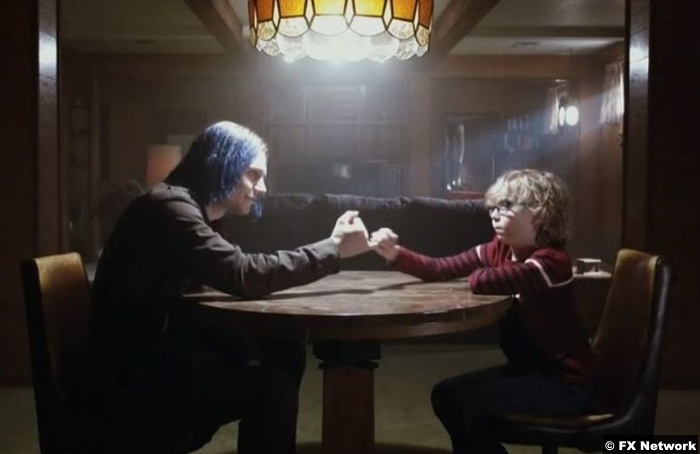 They don’t get a chance to, of course. Kai, an expert on human behavior, has found his wedge. It’s a little boy, Ally and Ivy’s little boy. Kai has Winter pick him up from school and bring him to their house. There, he plays the pinky game with them and tells him a secret–he’s Oz’s father.

It’s plausible–Kai used to donate to the sperm bank where Ally and Ivy found their donor–but it’s not true. But in this, Ally sees a way out.

You know, they say that the only way out is through, and for Ally, it’s through her estranged wife. Inspired by Kai, she poisons Ivy. This is step one in the plan she’s set into motion. Step two is another Manwich dinner with Kai. She doesn’t poison him, although she could. Instead, she shows him a forged file from the sperm bank in which he is confirmed as Oz’s father. He now believes that they’ve made their “messiah baby.” She’s closer to Kai and closer to power, but so is a sensitive little boy. 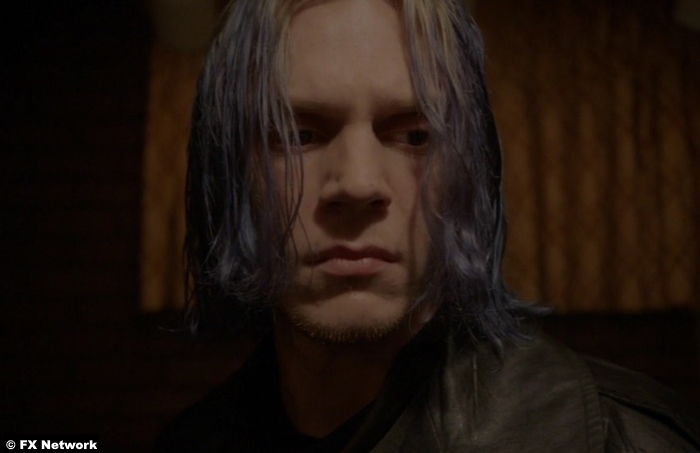 The constant torment from the clown posse may have served as intensive immersion therapy, burning out all of Ivy’s old fears. But this is a horror story in non-supernatural America, and there’s always something new to fear.

8/10 – As the season creeps closer to the end, it’s hard to guess what the end game is. With Peters’s Manson impression still awaiting us, my guess would be something witchy. And speaking of him, he’s doing yeoman’s work this season, playing six (?) characters so far. (Kai, Warhol, Marshall Applewhite, David Koresh, Jim Jones, and Jesus, whom Jones high-fives.) That bumped this episode up at least a half point. I don’t know where we’re going from here, but it’s fun just to watch him work.