As we saw a glimpse of last week, Kai’s assembled his very own Sturmabteilung. They’re not Brownshirts, obviously. They wear blue. But they are serving a similar purpose to the SA. Hey, that worked out really well for them, so Kai’s boys better hope it’s not all just a little bit of history repeating.

And if  you can’t beat ’em, join ’em, right? That’s what one character chose this week, but it might not be the one you’re expecting. Until it is and then it’s exactly who you expect. More on that in a moment. 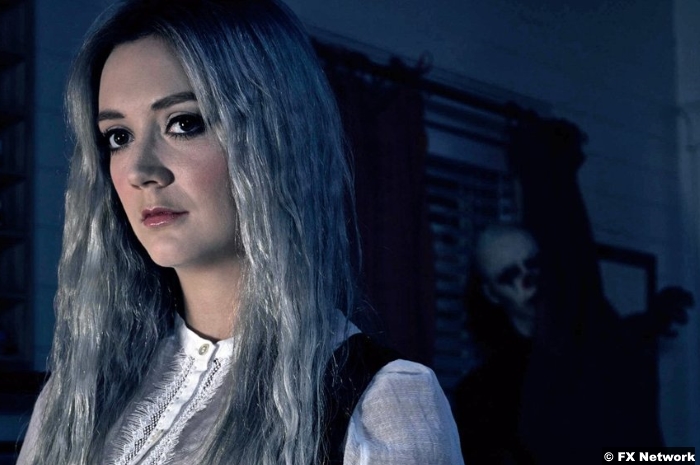 But first: as you might be able to tell from the title, this is a Winter-focused outing. The remaining women in the cult have been basically demoted, made to work in The Butchery serving Kai’s…let’s call ’em the Scheißabteilung. Ivy and especially Beverly can’t understand why Winter continues to defend her brother, so she tells the story of how she got wrapped up in all this.

She and Kai used to spend their time trolling social justice warriors online by pretending to be fundamentalists. This got them noticed by Pastor Charles (a somewhat moldy-looking Rick Springfield) who invited them to his Judgment House. If you haven’t heard of judgment houses, they’re basically Christian-themed haunted houses. You walk through a series of scenes, usually depicting people who are far from God’s light, all leading to the choice for you between repentance or a slip ‘n slide to hell.

Pastor Charles’s house is a bit more literal. Winter and Kai enter a room to find a woman strapped to a hospital bed, as the pastor intones over a loudspeaker that she’s had an abortion and is now bleeding to death. She pleads with them to help her, telling them that this isn’t a show. Kai thinks that that in itself is part of the show and they move on to the next room, where a man lays on a bed. IVs are pumping him full of a cocktail of recreational drugs. He’s too weak to plead.

They’re told that the man in the next room is gay. He’s not being punished when they see him. His punishment is just straight-up murder. He tells them that knives will come through the chair, which he knows because he saw it happen to the last guy.

This is where Winter and Kai get off. It should surprise no one that the three prisoners in the house aren’t whom Charles says they are. For example, the woman was getting a UTI treated at Planned Parenthood when she was snatched. But zealots never care about the finer details.

And it should also surprise no one that Kai ends up killing Pastor Charles. Winter claims that he changed after that, became the Kai we all know and…know. But she’s a very unreliable narrator. 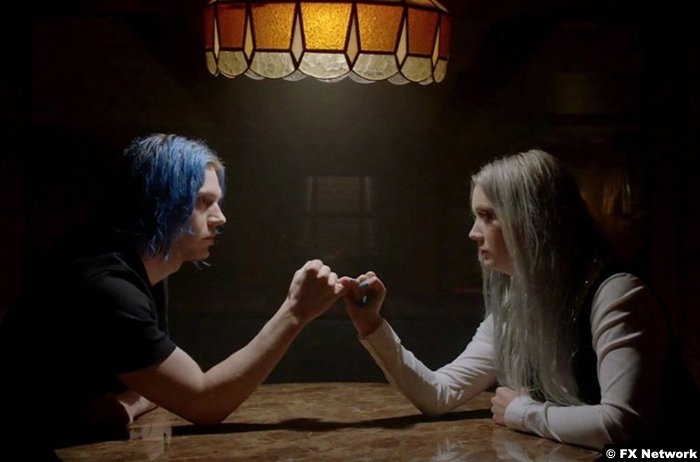 She is still in her brother’s good graces, enough to where he weeps during a “Pinky Power” session and shares with her the next phase of his plan. They’re going to have a child together. No, not like that. That would be weird. Instead, Samuels is going to impregnate her (the old-fashioned way) while Kai has sex with him. You know, the usual.

Both of them initially agree to this and try to play along (as All-4-One’s “I Swear” swoons in the background). But Samuels can’t get physically into it and that gives Winter room to back out.

For her insubordination, Winter’s punishment is to distribute litter on the side of the road (because Kai doesn’t believe in global warming) while clad in orange jail scrubs and a dunce cap. Samuels brings her literal gruel and then we’re treated to his origin story with Kai.

He busted Kai for selling prescriptions (off a pilfered pad from Vincent) and blackmailed him into cutting him in. One day, Kai dropped by his house with the weekly share. The Reichsadler on the wall is the first clue that Samuels is a conflicted man, to say the least. Actually, he’s got a pretty impressive collection of memorabilia. [I should probably mention that I got my degree in history with a concentration on the Third Reich.] Anyway, he has a lady over. In yet another non-surprise, he was having trouble performing, because he always does with women, unless he’s strangling them.

Kai shows him a new path, one that involves not giving up his power and instead, becoming a power bottom. And it was that point that I wondered and not for the first time, is Kai just fucking with everyone?!

Before we get back to that, let’s get back to Winter and Samuels. She laughs off the story, telling Samuels he’s just gay. He then attacks her, implying that he’ll rape her as soon as gets that strangulation…boost, but she takes his gun off him and kills him, instead.

In the version she tells her brother, they were just sittin’ there chattin’ when Beverly strolled up and blew his brains out. 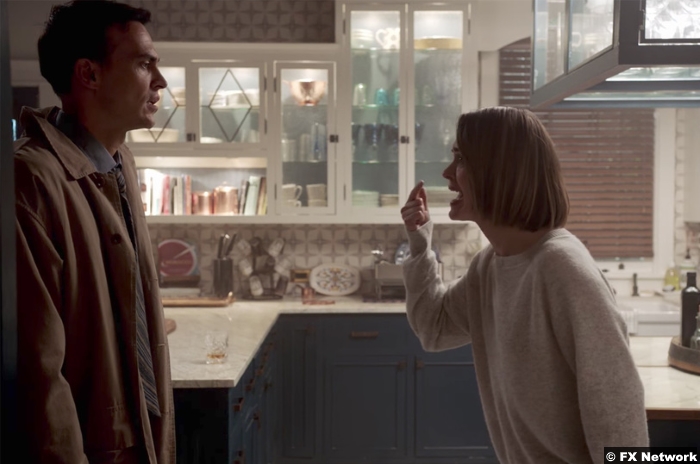 Beverly’s sentenced to confinement. The only one who gets the death penalty this week is Vincent. After confessing to a newly freed Ally that Kai and Winter are his siblings, in an effort to make it right with her, she trades that information to Kai for Oz. She tells him that Vincent is trying to have him committed, so Kai kills him in front of a gathering of clowns and Blueshirts.

Then one by one, the clowns remove their masks. It might have occurred to you by then that someone else is wearing Beverly’s mask, since we just saw her get carted off. Ivy, of course, is the only one surprised to see that it’s Ally.

8/10 – I mean, really–is Kai just trolling everyone? He’s still talking a strong game but his…Weltanschauung is getting fuzzier and fuzzier.