And then there was one. As I said last week, Lee was always my pick for the last woman standing. I picked her because she had the most to fight for–Flora–and because she’s the kind of woman who won’t go down unless it’s on her terms. 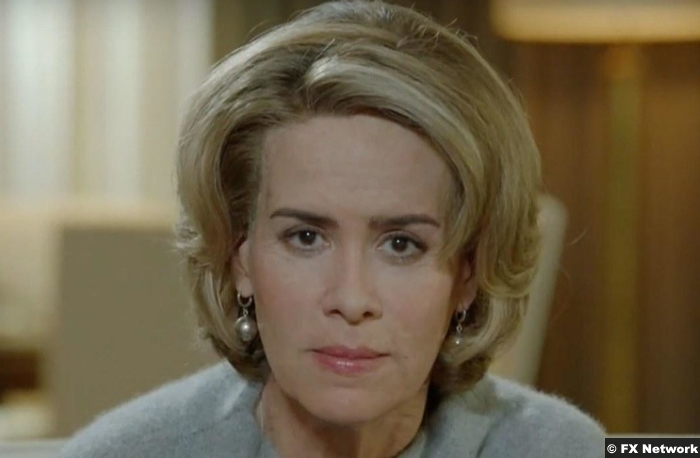 This week, for the finale, we got to see her terms. Before that, though, we got to see the return of Lana Winters, Sarah Paulson’s character from season 2, American Horror Story: Asylum. But before even that, the show gets wildly creative, telling Lee’s story through different media like “Crack’d” (the show’s version of Snapped), fan videos, and a Paley Center panel with her, the Millers, and the cast post-“My Roanoke Nightmare.” This would be slightly more impressive had Atlanta not pulled off a similar trick a few weeks ago with its episode “B.A.N.,” which included even fake commercials [“The price is on the can, though”], but it’s an entertaining feat.

We learn from this cavalcade of media that Lee was acquitted for the murders she committed during “Return to Roanoke” thanks to a defense that relied on the Polks’ hallucinogenic marijuana strain and her understandable trauma. She was then tried for Mason’s murder and surprisingly, Flora testifies against her. Apparently, the girl witnessed the murder. Her credibility is questioned, though, when she also reports that she didn’t let her parents know she was in the wood because she preferred hanging out with Priscilla, the colonial dead girl. Lee is acquitted again. I guess that video of her admitting to Mason’s murder wasn’t that important, after all. 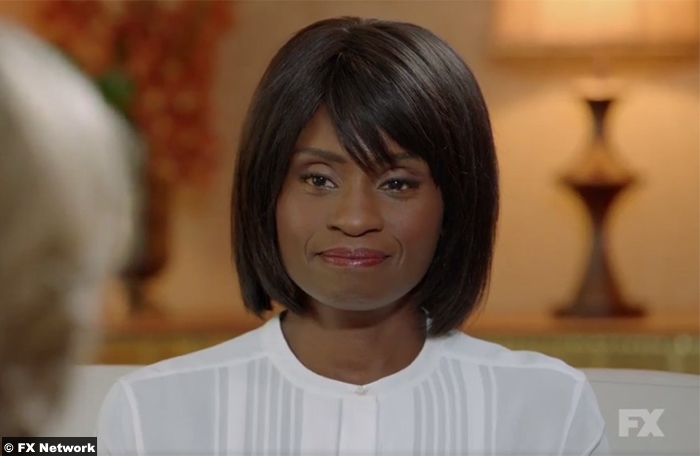 Then Lee meets Lana. The modern day Lana Winters is clearly styled in this alternative from our universe as a Barbara Walters-type character, who’s known for her specials that tread the line between journalism and entertainment. Her scenes with Adina Porter’s Lee are thrilling, two strong women who have been through hell facing off against each other.

Their rapport is friendly at first, but quickly turns tense when Lana springs a surprise on Lee. Flora is missing again and Lana, unsurprisingly, believes Lee has taken her. You can tell by the shock on her face that Lee has no idea what Lana is talking about, but before they can really get into it, their standoff is interrupted by the sound of gunfire outside. It’s ol’ Lot Polk (Frederick Koehler), the last remaining family member, come to seek vengeance. Lana attempts to talk him down, but he knocks her out with his weapon, before being gunned down himself.

The next thing we know, we’re back on Sappony Road (the murder house) with the cast and crew of Spirit Chasers, a ghost-hunting show. They and their special guest Ashley Gilbert (Leslie Jordan, as the actor who played Cricket on My Roanoke Nightmare) don’t really matter, though, as like the kids last week, they’re there to up the body count. They’re also there to give a reason for Lee to be back on camera and every scene without her feels like a waste (because it is). She’s come to the house looking for Flora. She warns these idiots to leave while the living’s good, but of course, they don’t listen and are promptly slaughtered.

The police have shown up, as there’s probably some kind of alarm system around the property now–the Spirit Chasers had to cut through razor wire to get in–and a couple of them are killed by ghosts. The rest, including a SWAT team, dig in for what appears to be a hostage situation with Lee and Flora–the girl is in the house, after all, because she came for Priscilla. 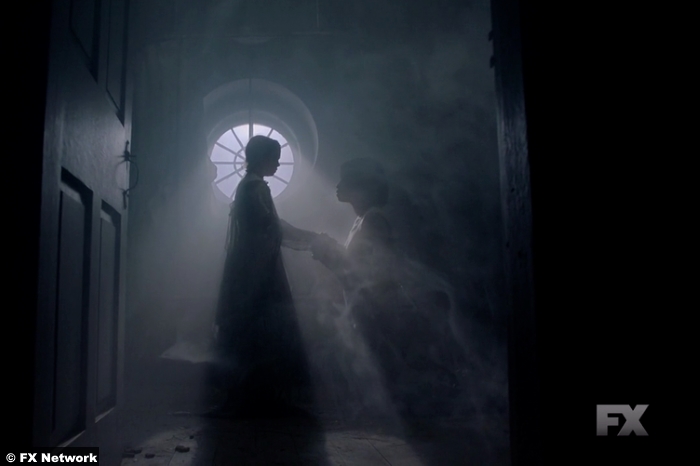 Flora wants to stay there forever, as in as a ghost, because someone needs to stay with Priscilla. And it is here that Lee’s driving force finally reaches its zenith. Lee didn’t fight for her life and her freedom because she cared about herself. She fought so hard through all of it for Flora. Flora is the only thing she cares about and if it means keeping Flora safe, she will do anything and give anything, including her life. 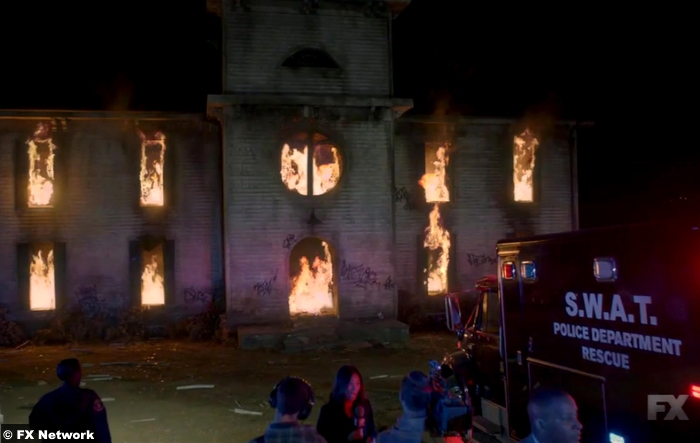 So that’s what she does. She sends Flora out, after telling her that the girl may “feel differently about [her]” in time, and then blows up the house. As Flora is driven away in a police car, her mother, flanked by Priscilla, gives her one last hopeful wave.

8/10 – This has been one gory season, marked by the usual gonzo AHS moments that seem ripe for hashtagging on social media (#pigman). However, it was frequently inventive and also moving, thanks to the strength of cast members like perennial AHS MVP Sarah Paulson. The biggest standout, though, was Adina Porter, who has always been a fine character actress but proved with this show that she can adeptly step into a leading actress role. This episode was a showcase for her, but so was this season.