Safe at home. It’s so important to people that it’s in our hierarchy of needs. Okay, technically in the hierarchy, it’s shelter, but what it really means is that we’re safe at home. Our reliance on that security is repeated over and over again in our art from Odysseus to Dorothy Gale to E.T., whose home isn’t even with us.

When that safety is breached, it can be devastating. And it doesn’t have to be something as dramatic as a home invasion to unnerve us. The unsolved Hinterkaifeck murders are disturbing, for example, but surely part of what makes them so unsettling is what happened in the days before the murders: The keys going missing. The newspaper at the house no one recognized. The footprints in the snow. The footsteps in the attic. 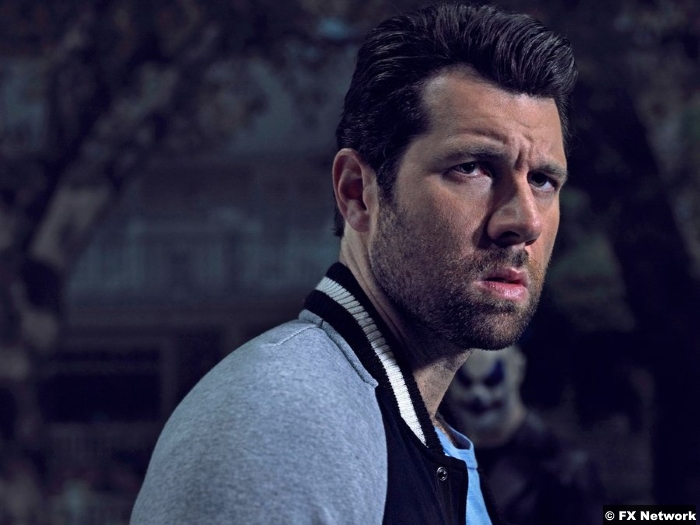 This is an idea that AHS will clearly be playing with this season. It’s, of course, not the first time they’ve played with the concept—the very first season was about a house that offered no safety. But at Ally and Ivy’s home, Ally has always felt safe. Until now. Even if she weren’t seeing clowns everywhere, she could be forgiven for being a bit jumpy at home because her neighbors just died violently. And then a chef is murdered at the restaurant, which Ally discovers herself after going to check on a tripped alarm. In fact, in trying to save him, she’s the one who ultimately kills him.

So it’s not surprising that when new neighbors move in, when the Changs’ bodies are barely cold, Ally finds it all immediately suspicious—for one thing, what’s in those barrels the neighbors are moving in?

Even the bee-keeping suit the neighbor wears seems sinister. And don’t get her started on the beehives themselves, a classic torment for people with trypophobia. The new neighbors are Harrison (Billy Eichner) and Meadow (Leslie Grossman). Their quick move-in is simply a matter of economics. They’d had financial trouble in the past that left them with poor credit and they figured that the homeowner would be highly motivated, given the stigma of a murder house. (Time is a flat circle.) This explanation seems reasonable enough, but you can’t help but be suspicious, especially since it turns out that it was them who filmed Kai’s beating. Is that just a coincidence? And I too love a bargain, but I don’t know if I’d be supremely chill living in a house that still bears the evidence of a violent crime, including large blood stains. There’s something off about the couple.

It’s not that they’re not romantically involved. (They had one of those “if we’re not already married to other people by [a certain age], we’ll get married” pacts I’ve never heard of outside of fiction.) While that’s unusual, it’s not scary. What’s off about them is something else, something you can maybe only feel with your intuition.

Besides his apiary, Harrison’s other interests includes guns, one of which he loans to Ally, because that’s what a woman with a tenuous grasp on reality needs. Listen, I’m very comfortable with guns. I grew up thinking everyone had a reloading room in their house. But I don’t think everyone should have one, especially someone who is maybe having delusions. I know a lot of people get them for protection, but I don’t trust that all of them are getting the gun rules drilled into them. Hell, Ally doesn’t. Anyway, it’s not hard to figure out that the gun will go full Chekhov by the end of the hour.

Moving on, no one’s apparently doing victimology for the late Changs, since their deaths were classified as murder-suicide, but if they were, one of the first questions to ask would be, who benefits? Harrison and Meadow are obviously benefitting, but so is Kai, because now there is a vacant spot on the city council. Kai is a public figure now, as news of his beating has spread and sure thing, the media is pushing the “innocent man brutally beaten…by migrant workers” angle. It’s like I’m prescient. 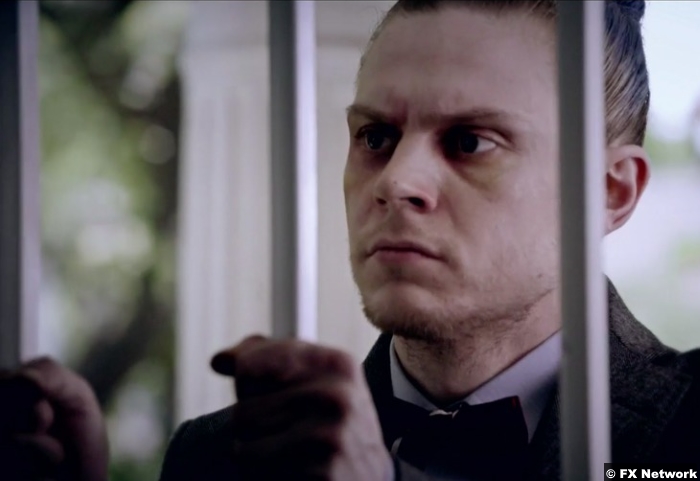 He’s going door-to-door to get votes, which is how he has his second encounter with Ally. (They first encountered each other last week, when he threw his coffee on her and Ivy, pretending it to be an accident.) They’re clearly on opposite sides of the political spectrum and their banter quickly turns sharp, especially when he needles her about the newly-installed bars on her door. If she’s so open to the world, why is she locking them out? Their banter, though, is a little too on the nose, especially with the references to Germany in the interwar and getting your facts from Facebook (hashtag fake news).

Meanwhile, Oz is also seeing clowns, but they appear to be connected to his night terrors. Winter tells him just to ask the clowns he sees if he’s dreaming or not, which he does. The clown in his room says he’s dreaming, so he goes back to sleep. So everyone’s safe at home, until they’re not.

Ally’s therapist (Cheyenne Jackson) has prescribed pills for her, but she’s hesitant to take them. Winter then convinces her to take a bath to relax and I just would like to say that I would fight a clown for that giant bathroom with the fireplace, glass-enclosed shower, and clawfoot tub. Winter is busy fondling Ally (with the implied blackmail of telling Ivy Ally’s not taking her pills) when the house alarm goes off. Then the power is out.

Harrison knocks on the window (with the amazing line, “Lesbians, we’re under attack!”) to tell them that the outage is affecting multiple states and it’s obviously terrorism. That sounds fake, but okay. Before he leaves, he starts talking about looting and other stuff that’s guaranteed to get Ally all wound up, as it does. Winter leaves, because she doesn’t want her stuff looted. That leaves Ally and Oz home alone, where the fuse box is full of cut wires. 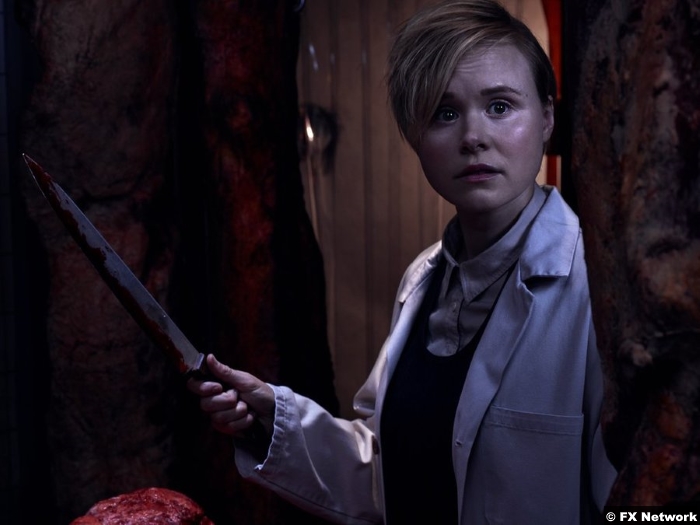 Then, more clowns. Ally gets her gun. Unfortunately, Ivy, who’s stuck at the restaurant getting a generator running, sends employee Pedro over with supplies for Ally. When Ally, trying to escape with Oz, opens the door and sees a figure there, she just points and shoots poor Pedro. Nobody’s safe at home anymore.

8/10 – It’s a scientific fact that adding Billy Eichner to your show is the definition of added value. Also, there’s Leslie Grossman, whose character, Mary Cherry, on Ryan Murphy’s series Popular, is one of my all-time favorite TV characters. As for the rest of the show, we are only two episodes in, so it’s hard to tell where we’re going from here, although I do have some theories. I’m still interested in finding out what exactly is going on here, as in, is Ally actually seeing these clowns? For that to be true, Ivy would almost certainly have to be involved. So is she?