The Walking Dead S08E06: The King, the Widow, and Rick – An episode with few redeeming qualities

There’s a small moment in The King, the Widow, and Rick that perfectly sums up how mediocre this episode is. It’s not the pointlessly nude trash art, or the pointless trash people (more on them shortly), it’s a Jesus moment. I know, what a shock: a plot point to do with the Hilltop that was good would be a minor miracle at this point. It’s been three sentences and I’ve still not told you what this moment was. Could I be needlessly extending the build-up in an attempt to tease you, to build suspense in the laziest way possible. If I am, I learned it from watching The Walking Dead.

Ok, enough is enough. The moment comes as Jesus is ordering the captured Saviours into the new cells built on the Hilltop’s grounds. Jesus helpfully orders the Saviours to go in two at a time, and the they walk IN SINGLE FILE! I told you it was a small moment, but it goes to show how sloppy The Walking Dead has become. With the relative entertainment of last weeks Negan/Gabriel confessional I was prepared for the show to take another down turn. It’s an easy prediction as it’s been nearly two seasons since it strung together two good episodes in a row.

The King, the Widow, and Rick finally ends the first day of the attack on the Saviours. In another moment of “stylised” storytelling (is the sarcastic tone clear?) each camp is given progress reports of how the day went. Maggie informs Rick and Carol, who is acting leader now that Ezekiel ha lost his flair for the dramatic, that Jesus brought back the prisoners, Carol informs Rick and Maggie of the Kingdom’s heavy losses, and Rick gives one of his worst motivational speeches yet. It probably looked better on the page; without Andrew Lincoln’s growls of enthusiasm. As montages go, this worked quite well, but only served to catch the characters up. Like Gregory’s pancake debacle of last week, the episodes opening didn’t serve up any new information for the viewers.

So, another dull episode, but dull in such specific ways that suit The Walking Dead. Leaving the Gabriel/Negan plot thread open again, we follow the exploits of Rick and the garbage people, Maggie’s obvious decisions in the Hilltop, Carol trying to perk Ezekiel up while trying to scare another little boy, and some nonsense with Michonne, Rosita, Tara, and Daryl.

Rick and the garbage people, I can’t remember any of their names (and I remembered Morales, that’s how little this group means), is a plot so lacking in tension its just becomes unbearably boring. I know Rick isn’t stupid, though he did throw some dynamite into a car that was on fire, so I may be wrong about that. He knows that garbage queen isn’t going to take his deal, we know she isn’t going to take his deal. So unless no one remembers Heath Ledger’s Joker’s plan to get caught in The Dark Knight, which is impossible since that movie made over a billion dollars two years before the apocalypse, then it should be pretty obvious that Rick wants to get caught. Just don’t let him have his phone call. 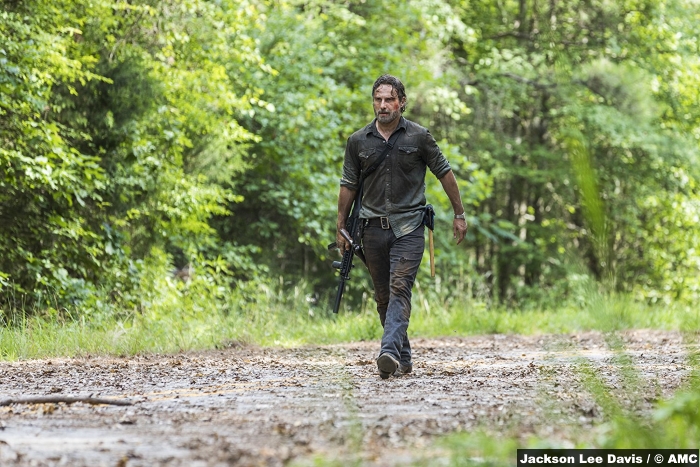 The real meat of the episode, if by meat you mean tofu paste, comes from the Hilltop. Maggie and Jesus are still at odds over Jesus taking the surviving Saviours as prisoners of war. I really don’t blame Maggie for wanting them dead but Jesus, possibly like his biblical namesake, is such an insufferable do-gooder that she probably made the cells just to get him to stop talking. Perhaps the one smart thing Maggie did was putting Gregory in with the Saviours for crimes against little girl’s pancakes (remember the pancakes?), and betraying all of his people. Even when The Walking Dead tries to pull at the heartstrings it feels forced. This is obvious when Aaron’s outpouring of grief left me with nothing more than a shrug. It’s been the end of the world for eight seasons now, and it’s good that characters aren’t desensitised to these losses, but the sheer amount of death in this show can leave the characters in the cycle of grief. It’s what sunk Sasha as a character, its what makes bad Morgan boring, and it give Rosita a sense of purpose, which is dangerous. Still, there are sparks of nuance, little nuggets to cling onto, usually when it’s Carol giving them out. Her relationship with Ezekiel is easily the most interesting part of this episode. Even though their chat is the usual buck up dude, your people need you” the fact that Ezekiel can be his real, vulnerable self with Carol makes me invest in the character once again. 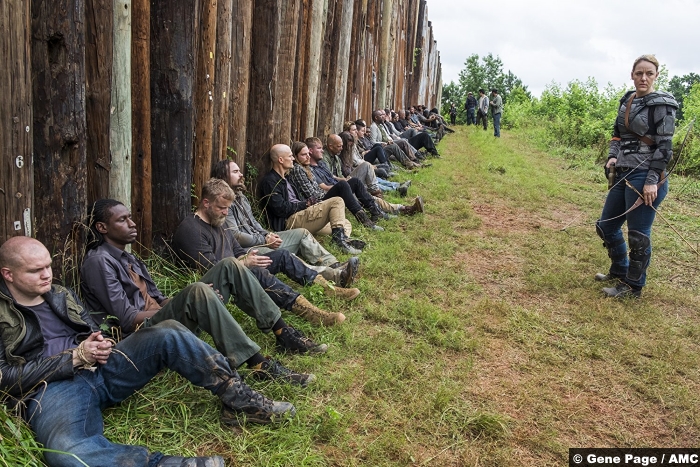 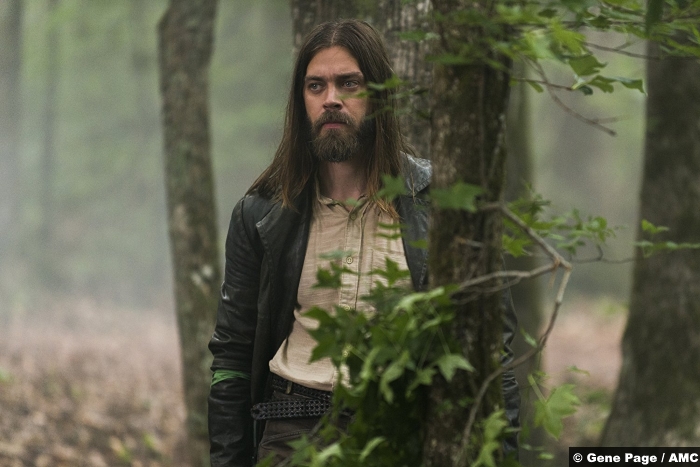 The same can’t be said for the bumbling quartet of Michonne, Rosita, Tara, and Daryl. I’m all for having Michonne in the show, I’ve missed her, but The Walking Dead is treating her like crap. First, this ultimate badass gets her ass handed to her by one garbage person, then there’s the awful writing that gets her and Rosita to the Saviour’s compound with Daryl and Tara. Michonne just wants to see the Sanctuary, for whatever reason. Seriously, Rick may be a psychotic cheerleader at the moment, but he has a plan, stick to the damn plan. Killing Dwight may upset that, although it will upset the Saviours more because he seems to be the only halfway smart guy, even when he works against them. Seriously, the fact that it was just Michonne and Rosita that heard that music is because the script said so. That way the two Saviours that are just shooting the shit can’t get over run by Walkers that would be attracted to the noise. 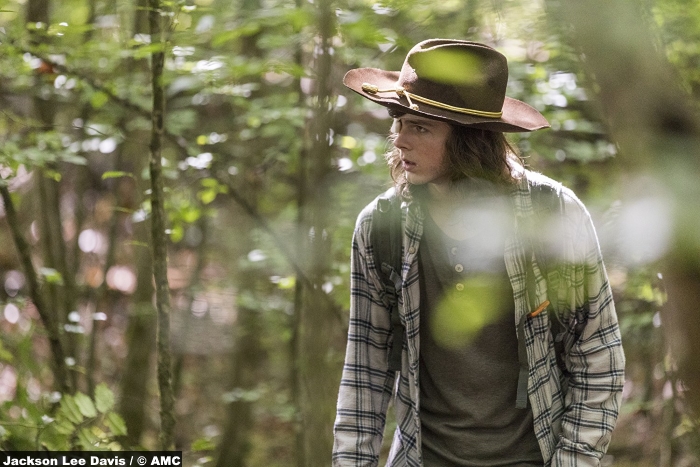 3/10 – Season eight of The Walking Dead: where the plot holes have plot holes. Also, Carl sucks as usual.