The Walking Dead S07E12: Say Yes – Once again the characters are they key to good story-telling

Looking back on my opinion of the last few episodes I came to a startling discovery. I was giving The Walking Dead credit for functioning the way a TV show is supposed to. This shouldn’t be considered as such high praise but it does highlight how far The Walking Dead had dropped off since the beginning of the season. More often than not it is the character driven episodes that have been the reason to keep watching. Daryl, Tara, and Eugene’s episodes, while not great television per se, did at least have the central character holding each episode together. Again, this shouldn’t be high praise; shows that aren’t as loved do it all the time, and with less budget.

These types of episodes are old hat for The Walking Dead, the Terminus arc was full of them, but the first half of season seven tried to put too much on its plate. The universe of the show got too big meaning along with the character drama there was also new settlements to introduce, new names to forget, and new reasons why the Saviours had power over them coming across as more hollow each time. Say Yes manages to have its cake and eat it by telling a small, simple story in which big things will result from the choices made here.

The key to good character work is always choices: give them a choice that will change the character whether they make the right choice or the wrong choice. For too long The Walking Dead has set up these choices but refused to follow through with the consequences. Take Gabriel, yes it’s time for the weekly Gabriel rant, his choices have barely had an effect on the show. That’s why no one can remember why he has all this screen time, making his character seem pointless most of the time. I will say this though, Seth Gilliam is a great actor (you may be able to tell that I’m finally watching The Wire), who deserves more than Gabriel can give him. 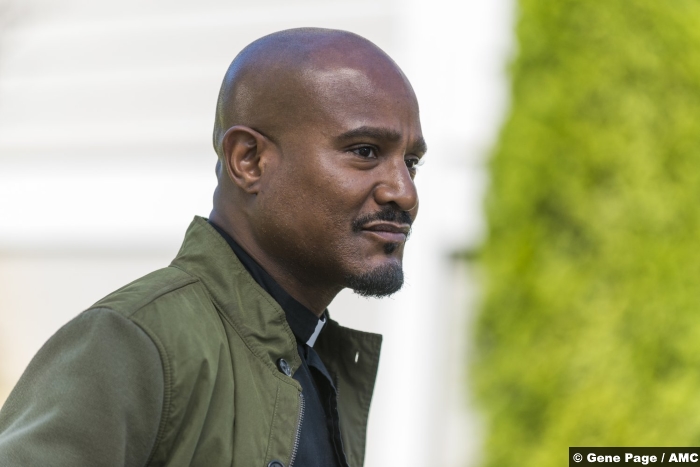 Back to choices ,because they play a big part in why Say Yes is a good episode. The Walking Dead very rarely looks back. Instead they have a move forward at all costs policy, possibly because looking back means looking at someone elses creative vision for the show. Except looking to the past can do a lot to put the present into context. Rick has spoken about the past twice in season seven and both times have made for powerful scenes. First he admitted to Michonne that Judith was most likely Shane’s daughter, but that didn’t change the fact that he loved her, and would protect her and all of his people. In Say Yes Rick looks back to when Glenn saved him in the tank all the way back in season one. Not only does this scene finally give Glenn’s death the weight that a hundred minutes of ugly crying could not, it also reminds us about how powerless Rick felt in his defeat by Negan. 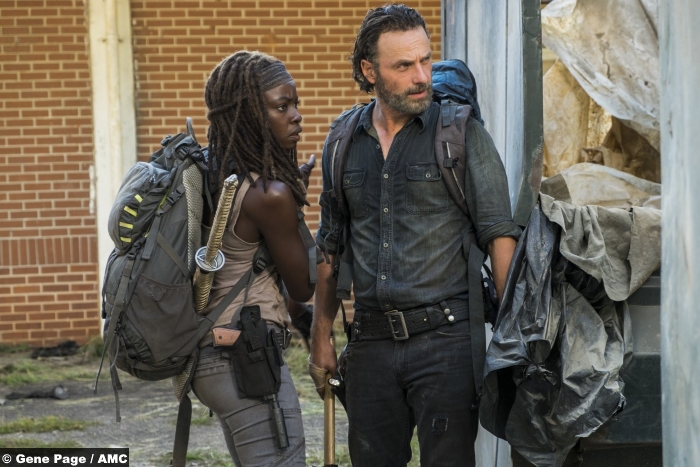 It’s no accident that both of these revelations are told by Rick to Michonne. I’m not a shipper by nature, I don’t care about any characters getting together unless it leads to interesting narrative possibilities. Most of the time it doesn’t: case in point Oliver and Felicity in Arrow. Except The Walking Dead snuck Rick and Michonne around me. The pair are not comic-mandated so this is one avenue that the show isn’t too indebted to the source material. It is a pairing that makes sense though as Rick, Carl, Michonne and Judith were like a surrogate family well before any romantic tension was introduced.

They work well together, as a couple and as partners out in the wild. It also helps that Andrew Lincoln and Diana Guerra have some insane chemistry making small moments like Rick and his chilli and macaroni cheese surprise land much more effectively as a hit from Lucille. The fact that those two examples are used to provoke different reactions isn’t lost on me, but it does bring me to my next point. The Walking Dead has been so grim for so long that the smiles, ad jokes, and relaxed zombie killing (until it isn’t), is more shocking to me as a viewer than the thousandth Negan threat, with the lean and all. 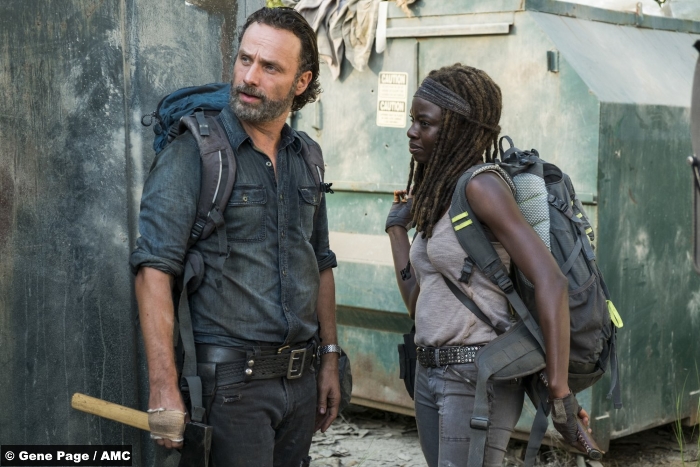 It’s not perfect though: the fake out of Rick’s death was manufactured to say the least and the Rosita stuff is a re-tread of Sasha’s entire post-Bob plot. It could be interesting to see both Sasha and Rosita on their suicide mission but it is still annoying that these two characters are still defined by men. Of course, Michonne is as well, but she has a greater significance as part of Rick’s story. It also helps that Michonne has had several plots before she and Rick got together that defined her character in ways other than rick himself.

Say Yes is another good episode from a show that is staring to rally after the atrociousness of its first half. The Walking Dead seems to finally remember what it’s about: a character driven study of human relationships in the backdrop of the apocalypse.

8/10 – While Say Yes doesn’t have the pyrotechnics of The Walking Dead’s best episodes it is a strong instalment in this much-improved second half of season seven. The fact that it took 11 episodes to feel like the deaths of Glenn and Abraham had weight is a problem that the writers will need to look at.