With seven out eight episodes of the first half of season seven now complete, it’s easier to see where The Walking Dead went wrong. While Sing Me a Song isn’t a classic, it’s structure is something that the show should have been doing from the start. Instead of focusing on a different compound each episode, the show should have focused on all of them at once. Yes, it’s a lot of plates to keep spinning at the one time but it’s better than the bloated season we’ve had so far. This episode juggles a lot of different characters, and storylines, but they all have Negan at the centre: whether it’s his actual presence, or his long shadow over everything Rick and the group do.

Season seven’s first half has the same problem as season six: it’s all set-up. All of the new settlements, and characters seem to be sowing the seeds for the Negan’s eventual downfall. There’s just one problem with that: the fact that Negan is confirmed to be sticking around for season eight, and still alive in the comics means he’s not dying anytime soon. On the bright side it does give the writers, and Jeffrey Dean Morgan ample time to fix the character. It seems that the show wants to draw a line in the sand, using Lucille to do it. From now on, as the show has no firm endgame despite being on for so many years, will be split into before Negan, and after Negan. 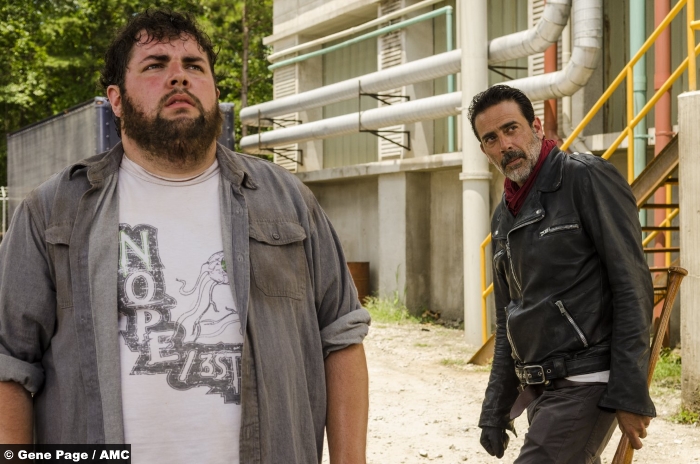 Carl is a divisive character, and that’s putting it lightly. Negan makes a good point about Carl: that he doesn’t mope about not going to the prom like normal teenagers. It’s a stupid thing to say, no doubt, but it goes a long way to understand the writing of Carl. He does act like a mopey teenager on an American TV show., but instead of the traditional “I hate you” bullshit Carl mopes about having to kill his mother, about his father being overprotective in a world where death is a lot more likely, and moping when he can’t kill this horrible dictator. It’s still the clichéd mopey teen, just in the context of a zombie apocalypse. Does that make Carl any easier to watch? Hell no, but the fact that Negan is both impressed by him, and feels like he understands him, could provide a boost to both of these divisive characters. 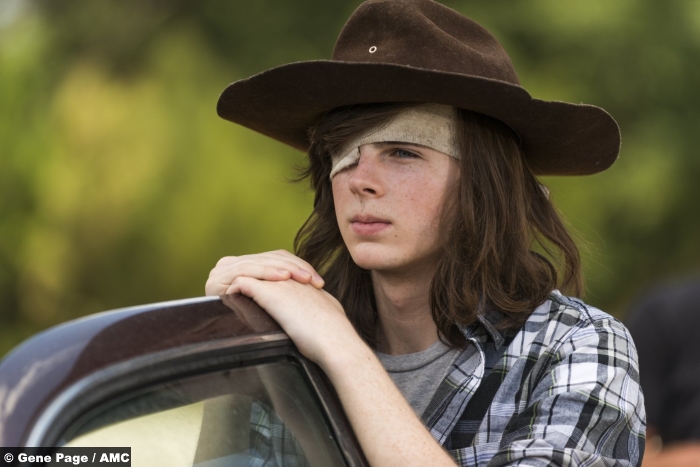 Carl’s tour of Negan’s kingdom is the most eye-opening look into the world of the Saviours. What was only hinted at in The Cell is provided a lot more context. Negan rules with a barbed wired baseball bat clutched by an iron fist, showing Carl that ruling is all about respect (when he asks Carl if his people are still kneeling when his back turned says it all). Also the wife stuff is a lot ickier than was first introduced. Negan has multiple wives and just like the pervy biker we all know he is, he tells Carl he can see their titties if he wants, it’s hard to remember who the teenager is: Negan, or the writers, because it’s definitely not Carl. Jeffrey Dean Morgan is still enunciating the hell out of every stupid question he asks, but his genuine affection for Carl, at least the deadly potential he sees in Carl, goes a long way to making both characters bearable. Negan thinks that Carl shouldn’t hide his disfigured face, that that’s the face of the badass that killed two of his men, the face that Negan admitted that he was genuinely scared of, so if The Walking Dead can pull this plot off, it might save the shows two worst characters (I’ll be in my cold, cold grave before I recognise Gabriel as a character).

Elsewhere the Alexandrians are in-fighting, and separated. Rosita and Eugene go back to the mill so Eugen could make her a bullet. This is where the episode lost me for a bit. Nothing new is added by Rosita’s outburst at Eugene, and it was obviously only added because, for some groan inducing reason, this episode was an hour long. Rick and Michonne have a more interesting time, Michonne is another main character that the show doesn’t really know what to do with, even getting her together with Rick only really served his development. That said, there was something genuinely creepy about her luring the walkers so she could make her roadblock. As they appeared behind her at either side, with the pause before she takes them out, it became an image that was eerily familiar to her introduction all the way back in series two. Could this just be a cool easter egg, or is it a visual statement of Michonne’s current mental state? I’m inclined to go for the latter, not because having her regress like this would be lazy writing, but it would be realistic: in times of great stress and hardship it’s only natural to use the same mental safety measures that you did before.  As for Rick, he and Aaron are on a run, with the answer to their prayers coming in the form of a boat full of supplies. The only problem is that the boat is in the middle of a walker filled lake, and as next week is the mid-season break, I don’t expect Aaron to be making it home.

7/10 Sing Me a Song can’t hold a candle to the shows best, or even good, episodes, but it does provide some exciting set up for the mid-season finale. Speaking of next week, this all better be leading to something big, not just another cliff-hanger, I want to see some action.