The Walking Dead S07E04: Service – Alexandria is at Negan’s Service in a dull extended episode

The Walking Dead has a Negan problem. He’s not the show’s only problem in the seventh season but he’s definitely the most eye-catching. Last week I talked about Negan as a case of diminishing returns and Service proved me absolutely right. I understand that in this stage of The Walking Dead’s run an episode like Service was inevitable; we’ve already seen what happens when you cross Negan, but Service shows what life is like when you play by his rules, and it’s extremely dull viewing. 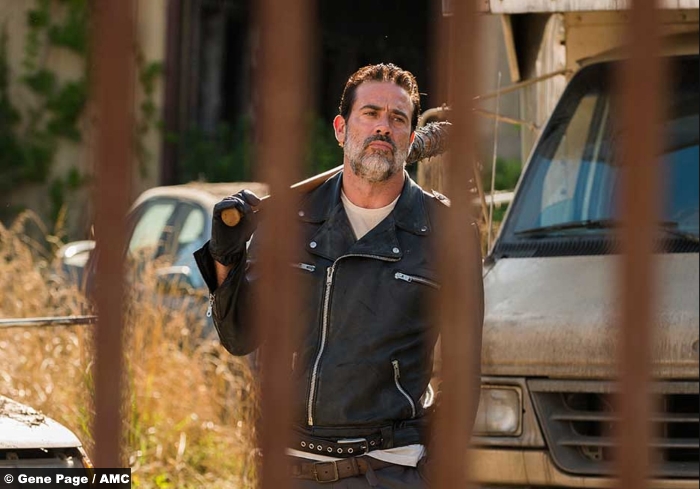 After three and a bit episodes with Negan I’ve finally discovered why the character is truly terrible (I’m open to having my mind changed about the character but The Walking Dead consistently proves that a show with millions of viewers doesn’t feel the need to course correct). It’s two things really, and both of these things are an important part of his three-way intimidation technique. The first is obviously Lucille, who I have no problem with since the image of a bloody baseball bat wrapped in barbed wire is an effective tool for terror. The problems come from Negan himself: specifically the writing and Jeffrey Dean Morgan’s performance.

The writing for Negan is borderline simplistic: all his lines seem like they’re designed to make him formidable, not in a flowery Moriarty way, but more in a bruiser biker way: like the worst nightmare version of the biker that wants your number if you’re a woman, or asks if you’ve called him a liar, if you’re a man. We all know the type, and for Rick and the residents of Alexandria he will be scary. Yet he just isn’t scary to the viewers, and this is down to Jeffrey Dean Morgan. The way he plays Negan is less of a tyrannical leader, than a dirtbag that’s seen to many movies. It’s like Morgan has studied all the great villains of film and television and completely missed the point of them. I’m not sure how much of this is down to the comic’s interpretation of the character but Negan only seems to have two settings when communicating with people: ask a lot of stupid questions, and enunciate the hell out of every word he’s saying. Think about how many times he starts a conversation with “and what do we have here?”, with the time he takes saying the line roughly double the time it took for you to read it. It’s a useful technique to non-violently spotlight something that displeases him but only if it’s used sparingly. His one on one talks with Rick are only slightly more unnerving but that has nothing to do with Negan. Rick’s broken spirit, and indeed, the broken spirit of anyone that Negan has conquered does a lot more to make the character frightening than the man himself. Negan is better as a reputation rather than a character.

The Walking Dead is now seven years old and, for a show about flesh-eating zombies, it comes as no surprise that it’s started to cannibalize itself. It happens to all shows after about six years or so: plots and character arcs get repeated (like Daryl’s last week), and the writers try to reignite it with some shock deaths (like the season premiere). What service shows is that The Walking dead have killed themselves into a corner, with the bodies piled high blocking every exit. There are some bright spots: Ezekiel and the Kingdom for one, but the show just keeps repeating itself. Take Rosita and Michonne, both characters fulfil the standard b-plot for Alexandria episodes: leave the compound and brood in the wild. Michonne is practicing her sharp shooting, Rosita (who has guessed that Negan will take all of their guns) takes the opportunity to find one on one of Dwight’s dead comrades while fetching Daryl’s bike. This is all foreshadowing for things that will happen later down the line, but it’s so boring I’m surprised if I even make the connection when it does. 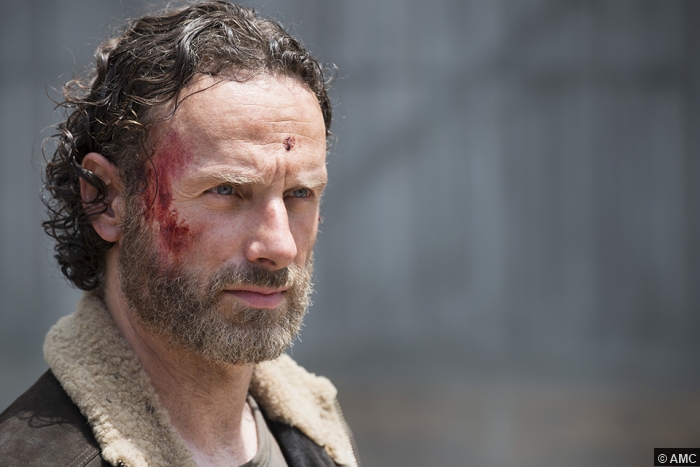 The one new aspect the show introduces in Service is that of a submissive Rick. A the leader of Alexandria Rick has to put out the red carpet for Negan, and make sure that everyone co-operates with the Saviours to avoid further bloodshed. It’s a strong episode for Andrew Lincoln, as he conveys the hopelessness of the situation and the power, and leadership that has been stolen from him more convincingly than the man who took it. Negan’s choice to have Rick carry Lucille, the weapon that killed his friends, like an errand boy was the most effective psychological technique Negan used. Rick is defeated, but he’s not despondent. Even though the rules of the game have changed, Rick’s purpose hasn’t. It’s still up to him to protect the citizens of Alexandria, he just has to do it in a different way. This is highlighted in the episode’s strongest moment. Everyone knew that Judith is actually Shane’s daughter (because this is a television show, and it’s practically the rules), but Rick loves her anyway, and will protect her with the same intensity and devotion as Carl. That’s what he does for the whole town, his adoptive family, and that’s why he asked Negan to leave Darryl with them. Rick is a strong enough man, like Ezekiel, to let Negan degrade him for the sake of his people’s survival.

4/10 These four points belong to Rick as the rest of Service was a drudge of the worst kind. The Walking Dead really needs to get its act together or the fans are going to burn their mattresses.