The Walking Dead S08E04: Some Guy – A fallen king and a mighty knight make for the best episode of the season

Some Guy is a great episode of The Walking Dead, something that has been sorely lacking in 2017. Yet the enjoyment of this episode comes with some conditions, mainly ignoring the wider context in which this episode is placed in season eight so far. We have to forget the reductive themes of last week’s “maybe we are the real monsters” episode, as well as how insane Ezekiel’s speeches looked in said context. The reason why Some Guy works, despite the fact that it’s still part of the wider narrative of the assault on the Saviours, is that its goals aren’t as muddled. This is an episode about a fallen king, Ezekiel, and a mighty knight, Carol, and what has driven them to these roles. Oh, and there is a great cameo from Rick and Darryl winning a car chase, damn this episode works.

If you have kept up with my reviews this season, you will know that my fondness for Ezekiel was wearing thin. His characterisation was simplified to just the kingly character he had to play, which makes sense due to the huge cast that makes up the assault on the Saviours, but it’s still the least interesting thing about him. The royal façade has only been lifted the one time: when Ezekiel had his heart to heart with Carol back in The Well. Through this conversation we saw who the Kingdom’s leader really was: an actor who used his skills to give his people peace in a horrible world. He is called the King, but he is a kind ruler who makes a much better parallel for Negan than Rick does. Negan rules through fear and violence, Ezekiel rules with love and respect, and a tiger. The man behind this façade is afraid, but he benefits from this character as much as his people do.

I understand why Ezekiel and Carol have been one of the smaller plots so far this season, but the fact that the path to this episode hasn’t been an especially good one must be taken into account. The decision to break each assault into its own plot hasn’t done the show any favours. When I think back to The Walking Dead’s best action scenes they have been in one location with a core group of characters. With the Saviour assault going on many fronts, the action has been split into three sections (I first thought it was four, but Aaron’s shootout was outside the building that Rick and Darryl were in) which have went against the momentum for each attack. Each plot lost momentum whenever we had to switch over to another. 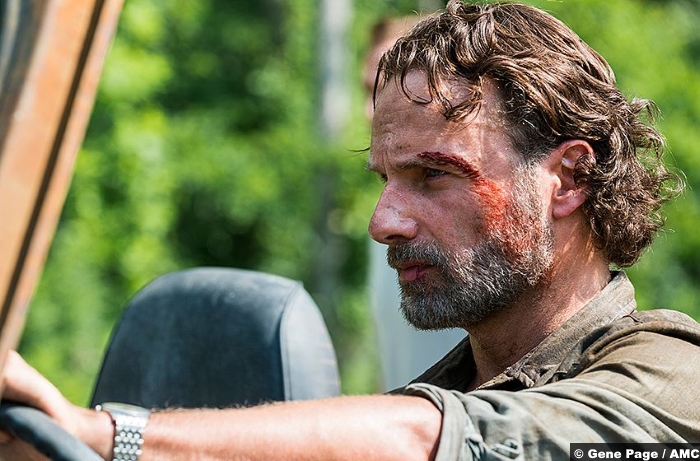 That’s what makes Some Guy a welcome change. There is one location, the compound that have the high-powered rifles that decimated Ezekiel’s party, two main characters that we follow: Ezekiel and Carol, and two objectives: get the guns and stay alive. Through these clear plot mechanics, the show has the opportunity to investigate Ezekiel’s character as he reacts to the tide being turned on him. With his people dead, with some scarifying themselves to save him, he is no longer the proud king, but a scared man. With the inclusion of his rallying cry at the start of the day, coupled with his failure to protect his subjects is a simple and effective way to show how in over his head Ezikiel is. It’s the loyalty that he maintains from his people that saves his life, something that happens three times, with Carol being the last. 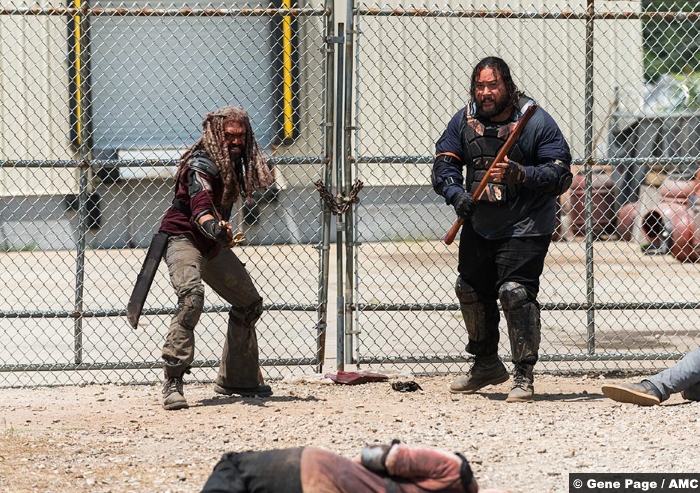 Some Guy goes to great lengths to destroy the Ezekiel that we know. The episode opens with a montage that could double as Khary Payton’s own process of getting into the King’s character. He puts on this persona like heroes put on armour. Still, this power is lost at the episodes end. Shiva was always a direct symbol to Ezekiel’s power, making her death as the confirmation of the loss of that power no less powerful in itself. The Walking Dead are known for their clumsy metaphors, but it works here due to the fact that Shiva, and her owner brought a welcome campy energy to the show. The upside of Shiva’s death is that the writers can’t rely on tiger ex machina anymore. 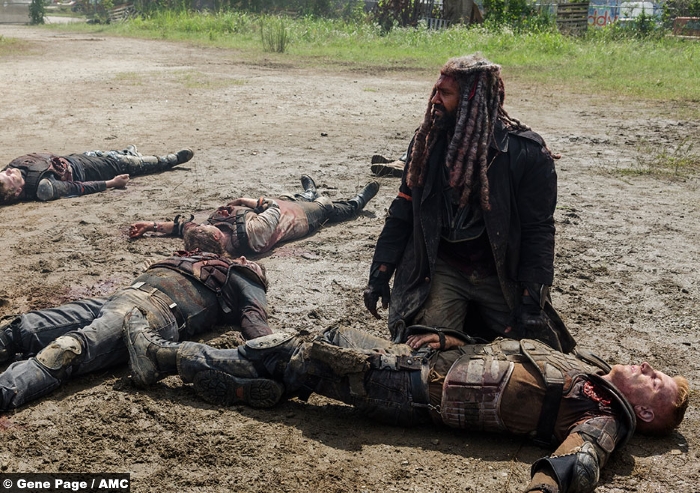 The other major reason this episode was so awesome is, unsurprisingly, Carol. Her one-woman army routine has been sorely missed, and she didn’t disappoint here. I don’t care if she didn’t have anywhere near enough time to get into the ceiling before the Saviour’s noticed, it was cool. Even better was her conversation with Ezekiel before the day had begun. What looked at first to be Carol’s Alexandria-style snobbery to anyone that hadn’t murdered s many people as her turned into an okay meditation on when to be heroic, especially if you have done less than heroic things isn the past. This small moment was handled better than an episodes-worth of the opposite last week.

8/10 – Despite Ezekiel not having the best time, The Walking Dead had some swagger this week. Carol was a bad ass, Rick and Darryl had a cool car chase, and the villain from a Stephen King novel (you shall know him by his glasses) got cut in half. The show was, dare I say it, fun, even exciting at times. The only thing to do now is to see how they ruin it next week. I can’t wait.