The Walking Dead S08E02: The Damned – Faking it doesn’t make it in a generic second episode

Well, it didn’t take The Walking Dead long to screw things up. While the season eight premiere wasn’t a complete success it did kick-start the war with Negan with a compelling, though needlessly muddled, assault from Rick and co. Negan is still at the mercy of Gabriel’s machine gun/mercy/stupidity, and entirely absent from this episode; which may be the only thing The Damned has going for it. For an episode that featured a three-pronged attack on the Saviours other settlements, with maximum gunplay, and death by tiger, why was it so bloody dull?  That’s before we even get to the “surprise” reveal at the end of the episode that probably had most fans going, “I suppose that’s…something?”

At first, I was optimistic, with Rick’s plan far from over, and the action pedigree that this show has earned over the years, the continuing assault against the Saviours promised some fireworks. Not actual fireworks, Daryl probably blew up this half-season’s budget by getting the walkers to follow him last week, but at least some juicy death. Yet as the episode progressed I felt that familiar sinking feeling that no amount of stylised direction could cure. In fact, the stylised direction was immediately part of the problem. The introductory close-ups of each important characters face stunk of the ridiculous visual overegging that The Walking Dead has never been great at. It did promise that these characters, well, their expressions, will have changed by the end of the episode. That was true for the most part, although who could tell with Daryl, but what did this really add to the effectiveness of the episode? 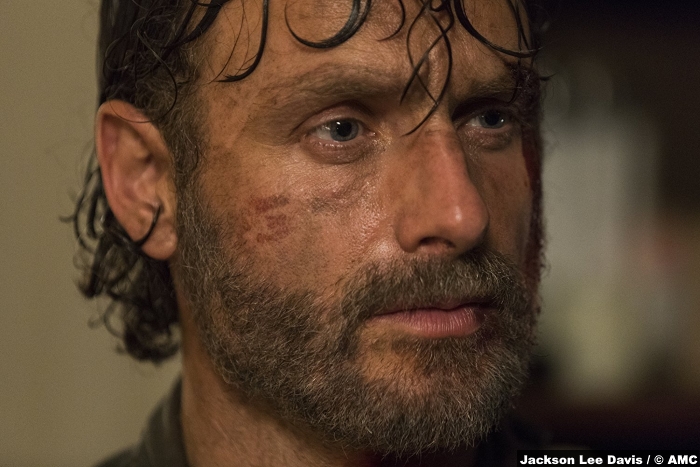 For those counting, that’s two paragraphs ended with a question, and I’ve got a lot more. Ok, so Rick and Daryl are taking out one of the Saviours’ compounds by themselves. They split up and search the building with Daryl finding nothing and Rick adding a new notch on his belt of gruesome murders (the shelf blade ranks somewhere south of ripping throats out with his teeth) only to discover that his victim was protecting his baby daughter. Cue Rick silently lamenting what he has become, with a advantageously placed mirror (“damn this war!”) before meeting an old friend. Morales was part of the first group in season one, the one that Rick made himself in charge of. The reveal that one, he’s still alive, and two, that he is a Saviour is a brilliant swerve of audience’s expectations. Did I fool you, even for a second? I can guarantee you that you were more shocked by that sentence than the entirety of Morales screen time. What’s the point? Where is the impact here? Are the writers so out of ideas, possible returning characters, or ideas for compelling new ones that they have to scrap the bottom of the barrel for this nothing of a dude? Yes, clearly they are, and it’s only the second episode of the season.

So what is everyone else up to? Well, Morgan, Tara, and Jesus are attacking a different Saviour’s compound, the one from season six, and Morgan is going through some stuff. Honestly, Morgan’s Terminator turn didn’t bother me nearly as much as other aspects of this episode. His psychosis and violent impulses are completely in character. It’s still a shame that his refusal to kill was the best part of his plot, but at least the circumstances made this regression make sense. What is frustrating though is that this really limits the potential story opportunities for Morgan. Even if his “I don’t die” stuff was ridiculous, it wasn’t half as stupid as Tara and Jesus talking articles of war in a shootout. Tara’s motivations are simple, the Saviours killed her girlfriend and her friends, and she wants to kill them in return. While the show seems to have forgotten what Dwight’s role in this was for the moment, Tara’s views are representative of the group as a whole. That’s why she is sure that Rick would take her side. Jesus trying to live up to his namesake leads to him needlessly getting taken hostage. It’s The Walking Dead banging out that familiar tune: drama through stupidity. 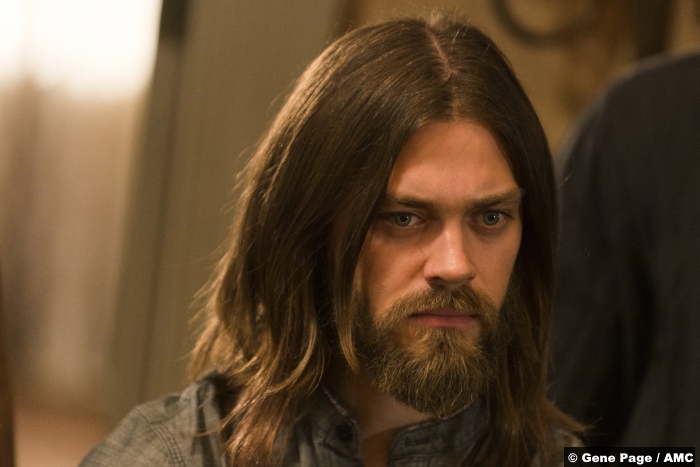 Jesus isn’t the only culprit. I know that a lot of these people aren’t exactly soldiers but the sheer number of dumb mistakes that prove fatal in this episode must count as a new record. Take the shootout that Aaron is heading up. When the lead Savoir realises why Aaron’s crew aren’t advancing: because everyone on her side forgot how zombies work, she just gives up and waits to get her throat ripped out. Then there are the people on both sides that stand up in full view of the enemy, stay there long enough for any dummy to line up a shot, and die because of it. Perhaps the most stupid part of this whole mess is Ezekiel. I’m all for positivity, but his optimism, despite their plan failing because they didn’t account for a lookout having a radio, he comes across as a loon. Now I’m a great defender of the King, but this is too far. 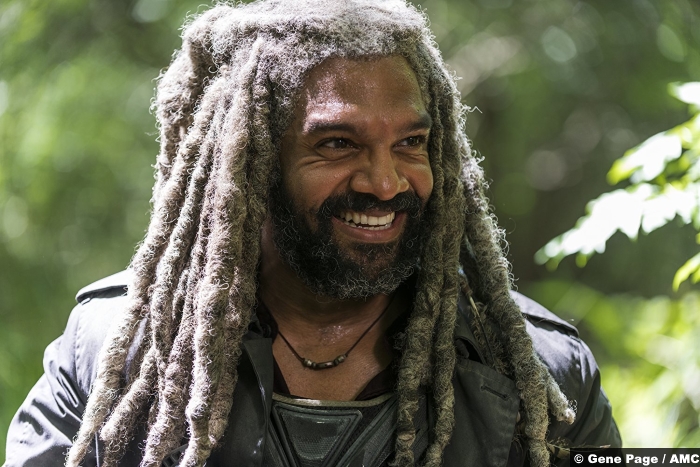 For an episode so steeped in action, it failed to make any sort of Impact. The geography was all over the place leading to confusion of what space each side was occupying. The editing didn’t help either, with shot after shot of sweaty people peering round corners, or looking up from stationary cars, or peering into the woods, there wasn’t enough visual flare to distinguish each location. At times I couldn’t help but think that Rick and Daryl were in the same place as Morgan, or vice versa. Actions scenes, the good ones at least, have to be cohesive in a way that The Walking Dead has seemingly forgot how to pull off. Oh, and no one important died. War my arse.