The Walking Dead S08E03: Monsters – Who are the real monsters? If the show doesn’t know by now, then why ask?

I remember when The Walking Dead first aired, selling itself as a prestigious monster show from the man behind two of the best Stephen King adaptations (The Shawshank Redemption, The Green Mile, but The Mist has dated badly) Frank Darabont. Mixing gory masses of the undead with themes of survival and the state of humanity when it has been nearly wiped out, it became the most popular drama in the world. Watching Monsters, the latest, but not finale part of the assault on the Saviours, those heady days when Jon Bernthal first convinced in a dramatic role, and we all hated Andrea, and let’s not forget the pleasures of Dale face, seem like a dream from another life.

Reviewing The Walking Dead has become quite a curious job. Gone are the seasons in which some kind of enjoyment was guaranteed. Instead I find myself gearing up for the latest episode of disappointment. Monsters is just that: another episode where I must sharpen my critical knives and tear this mediocre show to pieces. Some reviewers enjoy this, you only need to look at the critical pile on that Geostorm is suffering through, despite not being nearly as bad as it should have been. I enjoy it too, but I want to make something clear: I really wish this show was good again. While it’s fun to write a bad review it’s not nearly as fun to watch a crap episode of a show you used to love. Characters and stories that I once cared about have been cannibalised and shitted out into something that resembles the rotting corpse of a once good show.

In many ways Monsters has all of the same problems as last week’s episode, enough that I could probably reuse three quarters of that review again if I wanted to. The flaws are still the same: Ezekiel’s novelty has worn off and he jars what momentum the show has every time he opens his mouth. Jesus is trying to live up to his biblical namesake by trying to convince a bunch of people, who have lost many loved ones, to show mercy to those that killed them, and Rick is a monster. Yup, The Walking Dead are going back to the Rick is the real monster trope through the, thankfully, brief appearance of Morales. Before I talk about these problems in a little more detail, rather than restate what these flaws are (the good thing about the show repeating them is that we can dig a little deeper into them) let’s take a small detour and take a look at what the episode got right.

While Gregory’s scene at the Hilltop’s gate was a rare moment of actual humour, he is a character that has outgrown his usefulness. Seriously though, I needed the laughs he provided. There was only one thing that worked in this episode and that’s Aaron and Eric. Aaron is fully a member of the cast now since he survived a sure death experience at the end of season seven. What this also means is that, obviously, Eric wasn’t long for this world. After getting shot last week, Eric was allowed a sweet final scene with Aaron before his death. I wouldn’t blame anyone for not caring about this at all. After all, Eric has been mostly in the background for nearly two seasons now, featuring so little that I was continually surprised he wasn’t already dead. His final scene with Aaron showcased their tender chemistry and made me so mad that the show hadn’t spent more time with these two together. The Walking Dead is running short of truly compelling relationships, so killing off this one seems like a mistake. 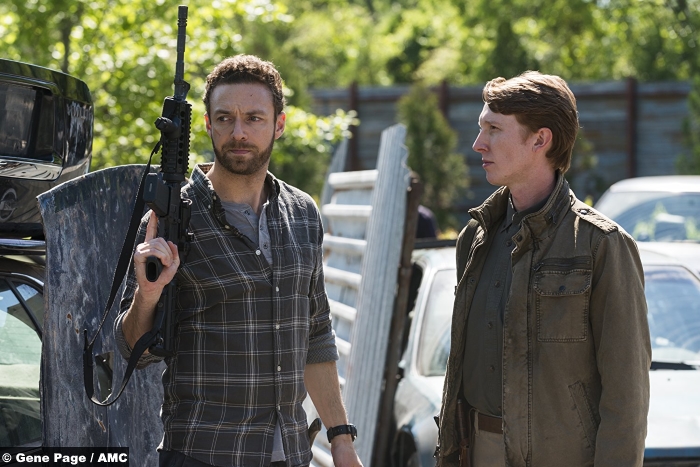 The rest of the episode was the standard sludge we’ve come to expect from the Walking Dead. The “big reveal” of Morales last week morphed into a scene that this show has used time and again. Ladies and gentlemen, it’s time to once again introduce the Rick parallel character. What follows is a familiar story of a guy turned bad because he lost everything and had to change to survive. Morales seems to think that that makes him a monster, with Rick right there with him, but that is an oversimplification. 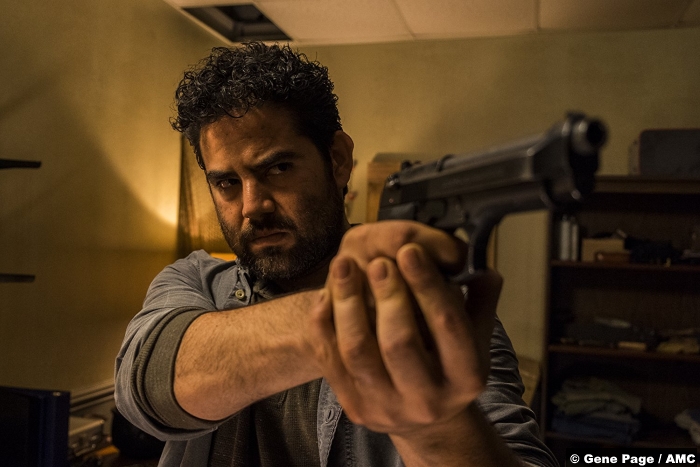 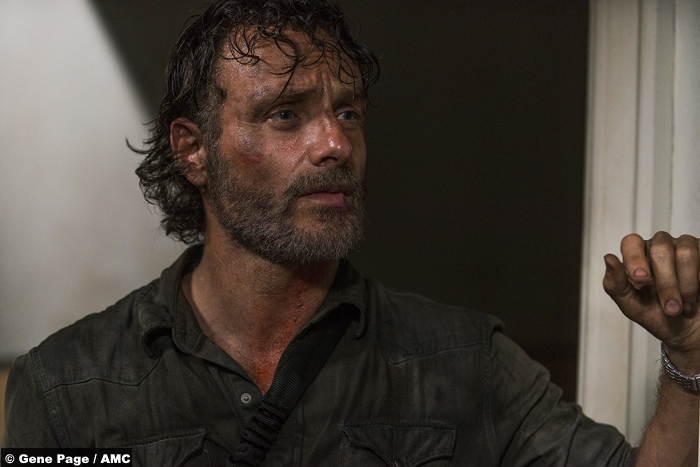 Back when the show was good it managed to portray the steady regression to more basic survival instincts. Rick’s actions, even the truly terrible ones, can be explained by the contexts of the different life-threatening situations he’s been in. Rick is always the leader, always trying to protect people, and he has done terrible things to achieve these results. Calling him a monster, calling anyone but Negan a monster (because we know nothing else about him) is to ignore the choices that brought these characters here. The Walking Dead is supposed to be an exploration of the things we will do to survive, so why is it undermining itself with these trivialities. Think about Daryl’s cold-blooded actions. Killing Morales and the Saviour at the end doesn’t make him a monster, it makes him a man who has PTSD by being pushed to his breaking point, being dehumanised by these people. Calling him a monster ignores everything that is interesting about these choices.

5/10 – The Walking Dead continues to make war boring, and Jesus and Ezekiel look like idiots, while trivialising their own purpose for easy answers.