The show finally remembers that it has characters rather than walking plot devices, except for Gabriel

A strange feeling hit me at about the halfway mark of New Best friends. It was an almost forgotten feeling that, at first, I couldn’t place. Then it hit me: I was enjoying The Walking Dead again, crazy but true, this was a great episode that reminded me of all the reasons that I watched the show in the first place. The fact that it mostly relegated the Saviours, had no Carl and Enid, and no Negan whatsoever were added bonuses. Plus the tiger is back, any show that can shoehorn in a metaphor tiger can’t be all bad.

So what made this episode better than the sludge that season seven has had to offer so far? It’s easy: it told the story it wanted to while keeping the main threads of the Negan plot active but not enough to overwhelm. It felt like an episode instead of a link in the chain that’s strangling all of my enjoyment that season seven has become. Most importantly it had great character moments: from Carol and Daryl’s reunion, Rick’s skills of diplomacy which nearly made me give a crap about Gabriel, nearly, and Morgan capably carrying his thematic baggage, which is becoming a little too heavy for him. 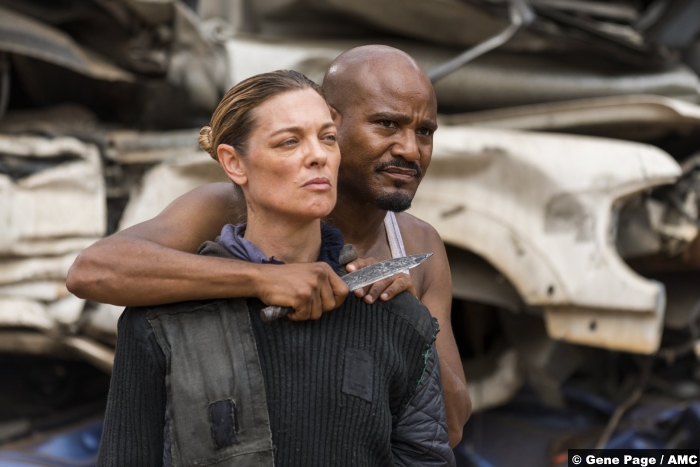 So with great privilege let me get my shit list out of the way, which may be the shortest it has been since the introduction of the Kingdom. As I mentioned last week I’m not Father Gabriel’s biggest fan. While he is supposedly a popular, and interesting character in the comics very little of that seems to have been transferred to this version. Try as it might, New Best Friends can’t change how clumsily functional Gabriel has become. He’s like a weathervane measuring how much we should support, or be afraid of Rick and the gang, which means that a capable actor like Seth Gilliam (another wasted alumni of The Wire) has been relegated to the role of Greek chorus, with added flop-sweat. Which means that his conversation with Rick doesn’t land with the emotional weight of the other great character moments in the episode. It can’t because Gabriel and Rick have barely shared the screen in about a season and a half; which means that the confirmation of the good ground on which they stand with each other is because the script says so, not because it makes any kind of sense in the long run.

Enough negativity let’s talk about the good points. It will entirely depend on personal preference when deciding whether the A plot: Daryl, Carol and the Kingdom, and the B plot: Rick’s diplomatic badassery, was the best part of the episode. Each story played to strengths that The Walking Dead hasn’t played to that much.

Daryl’s presence in the Kingdom, while short-lived, provided a shrewd commentary on the Kingdom’s position in the coming battle against the Saviours. Daryl, as the outsider, is there to question the reluctance of Morgan and Ezekiel to enter into the fray. While Daryl’s approach may not be the subtlest it does strike a chord with Morgan by the end of the episode. There isn’t anything out of place here, no threads dangling, something that is shown by the opening scene and how it informs the rest of the episode. The unease with between Ezekiel’s subjects and the Saviours, the threats that could so easily be carried out, and of course the loss of Morgan’s weapon, all go a long way to making Morgan think twice about his current position. The fact that Daryl is waiting for him, so he can point out the flaws in Morgan’s position makes this point all the clearer. 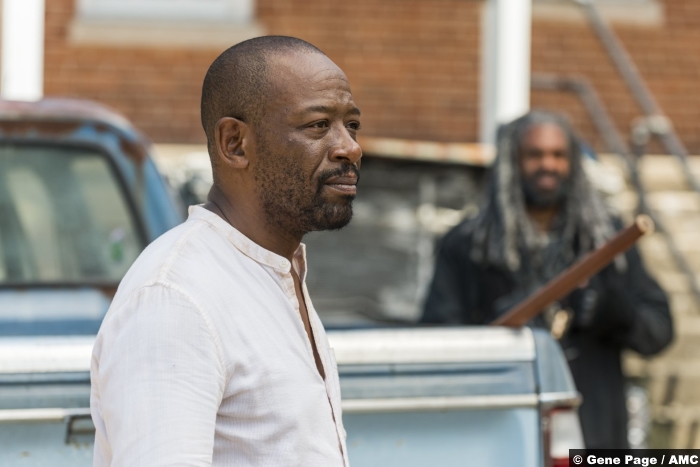 Daryl can’t believe that Morgan won’t do what is necessary, that the morality that Morgan is hanging onto is only dragging him down. Then the episode takes a left turn and puts Daryl into Morgan’s situation. When given the chance to provoke a confrontation with the Saviours Daryl refuses the idea when Carol becomes the bait. Daryl implores Morgan to do what is necessary and is then given a taste of his own medicine. This is further confirmed by Daryl’s decision not to tell Carol about the deaths of Glenn and Abraham, as well as other residents of Alexandria. Both Daryl and Morgan know that Carol would be a huge asset, after all no one has forgotten Terminus, but out of love, and respect for how broken Carol feels after transforming into a walking weapon, Daryl keeps her out of the fight. This is mature storytelling that builds on the shows best relationships while setting up smaller, but more important, and relatable conflicts between these characters for future episodes. 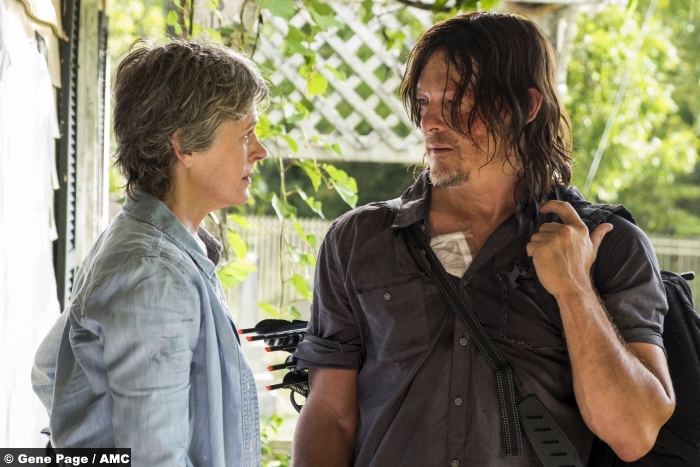 Now to the fun part: Rick and the gang are taken captive by yet another settlement. Except these people are really bloody strange, something the performances, and directing exaggerate. This sequence, with Rick’s dealings, and the weirdness of the people he is dealing with giving the show a much needed dose of the absurd. Not to mention the fact that Rick’s fight with Winslow was the best action sequence the show has done in some time. The Walking Dead is supposed to be a show with high stakes. That being said, no one would have thought that Rick would be killed in this test. He’s the main character, and it wouldn’t make narrative sense for him to die here and lose the uneasy alliance. Yet the scene was still tense due to the claustrophobic close-ups, the protruding spikes which added another level of danger, and the fact that Rick’s way out of the situation wasn’t immediately clear. It’s like the Terminator, or Lord of the Rings: we all know that Sarah Connor, and Frodo are going to ultimately win, but if the threat is convincing, like this threat was to Rick, then the viewer can empathise with that sense of danger. 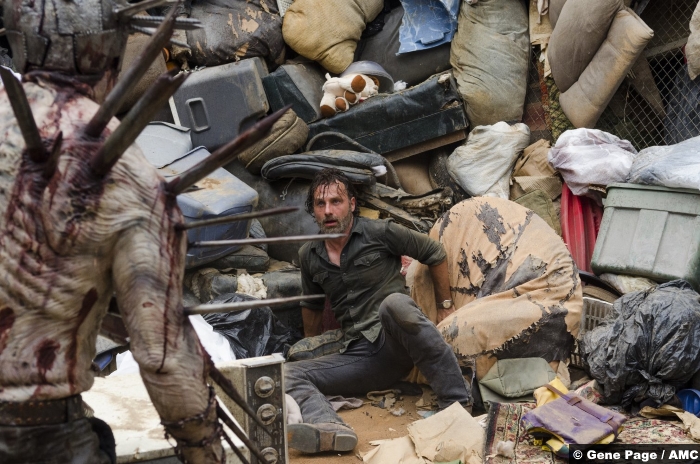 8/10 – Can we please have more episodes like New Best Friends. Episodes that have a smaller scale, but lead to big consequences is the kind of thing that made The Walking Dead so good in the first place. Also any episode that can give a good reason for Negan’s absence immediately gets an extra point.