The Walking Dead S07E13: Bury Me Here – A lack of surprises undermines what should be a powerful episode

Does the fact that an episode of television is predictable make it bad? That was the question I kept asking myself while watching Bury Me Here, an episode that finally fulfils my wish for more Morgan/Carol screen time as well as finally bringing The Kingdom into the game. Except the episode constantly reminded me of my main gripe with The Walking Dead in its seventh year: not Negan, not the miserable tone, but that it is repetitive. It’s the main criticism that keeps coming back for more. Bury Me Here isn’t exactly a carbon copy of past episodes, but the fact that all of the moves in Scott M Gimple’s script could be seen coming from a mile away meant that watching the episode felt like watching a rerun.

The Walking Dead has its own house style, a way of creating a distinctive narrative voice for the show. It’s what helps every writers room on TV keep to the same hymn sheet while also bringing their own narrative skill set to the table. So when an episode of a show is written by the showrunner, as this episode is, two things can happen. One is that the story is irrevocably changed, something that happens here, but done in a way that is skilful and surprising: examples of this is literally any episode Joss Whedon wrote for Buffy or Angel, who also played with the formula of these shows since the premise was a tad more elastic than The Walking Dead. The other example is what happens in Bury Me Here: everything that has been building up in Morgan, Carol, and The Kingdom’s story, comes to a head in the most obvious ways. It’s not just a lack of imagination in the build-up that’s the problem, it’s worse than that. The real problem is that The Walking Dead has become predictable in the way they utilise the, supposed, shock deaths.

I spoke about choices last week when talking about character building and motivations. This is the one aspect of Bury Me Here that is achieved in an effective manner. Each characters motivations and choices, are handled organically. It’s the events that caused these choices to be made that are a little shoddy. I’m not saying The Walking Dead needs to be as clinical and cryptic as something like Legion or Westworld (two shows that rely on meticulously constructed plots as well as character) but watching a show for seven years means that the narrative trick employed by the writers are going to become stale from audience familiarity,: which is exactly what happens here.

Richard has been the only character in the Kingdom that agrees with Rick about fighting the Saviours. For a while now he has had to figuratively eat shit any time Ezekiel and his team meet the Saviours to pay tribute. It’s these scenes of tribute that the first seeds of Richard’s plan become known. He says to anyone who will listen that a fight with the Saviours is inevitable. He would have got through to Daryl if he hadn’t planned to use Carol as bait, but his real targets are Morgan and Carol but his words continually fall on their deaf ears. 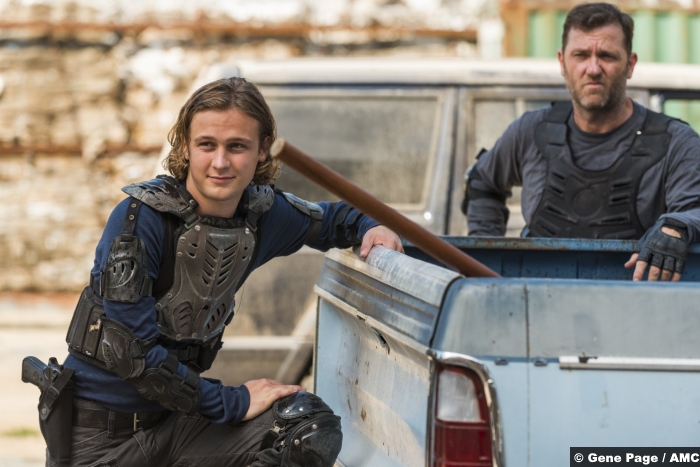 Richard has made it clear that when it comes to starting a conflict with the Saviours he is willing to be reckless. So when Ezekiel’s convoy comes to the blocked road, coupled with the earlier scene of Richard digging the grave, it’s obvious that he is the culprit. The fact that this is obvious isn’t the real problem of the episode, Richard is acting well within character, and I don’t think Gimple meant to make his actions ambiguous. It’s the nature of Benjamin’s death that is predictable.

Since the introduction of Alexandria, The Walking Dead has had a habit of telegraphing whether a side character will be killed in a particular episode. There are certain characters, like Benjamin, who were red shirts from the start, but the real clue is how much screen time they get before the first ad break. It was a lot, a mini tour of his life in the Kingdom and the people, like his little brother, who both cared for him and depended on him. All of which make his death, and the ripple effect it had on both Carol and Morgan seem a lot less genuine than it could have. What else could get Carol and Morgan back in the game than a Saviour killing yet another person they both cared about? Add to that Morgan’s guilt and his view of Benjamin as his surrogate son, his murder of Richard, who got exactly what he wanted in the long run, feel by the numbers. 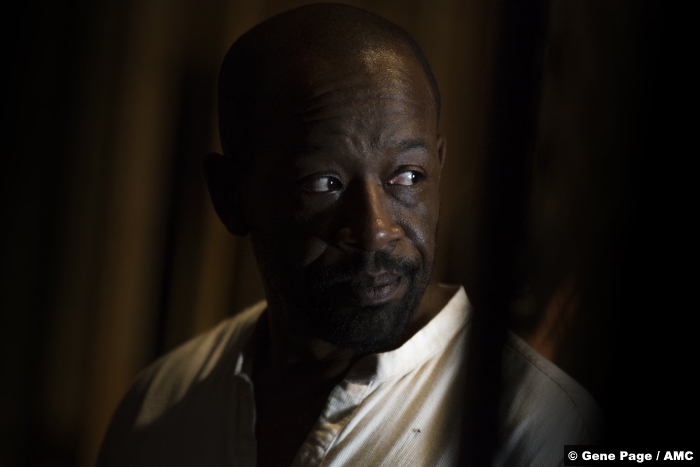 The story telling is clumsy, and since this is from the mind of The Walking dead’s showrunner, it shouldn’t be much of a surprise considering the overall quality of season seven. Stories need to have a bit of subtlety otherwise you run the risk of the audience feeling consciously manipulated. That’s what Benjamin was, manipulation. That’s what the clumsy metaphor of the weevils destroying Ezekiel’s royal garden with the weevil’s being the Saviours is all about. It’s lazy writing that is trying its best to be profound.

5/10 – Great performances and solid character work stop Bury Me Here from being a complete disaster, but the writing is an example of a first draft created with a “My First Screenplay” program.