The Walking Dead S07E14: The Other Side – The Hilltop is officially the most boring place in TWD

I’m thinking of making a new rule when it comes to The Walking Dead. If an episode looks like it will feature the Hilltop for at least half the running time then you should switch it off. It seems that I hate the Hilltop, and much like the episode in which I tore the show apart in the first half of season seven, The Other Side suffers from that fact that the Hilltop sucks.

It’s a place in which the show kills time, and my patience; where anything of note that happens is done in the most dismally tedious, sometimes illogical, way possible. Granted my reaction could be some residual anger at how stupid I found Iron Fist, but this episode reminded me of the Marvel misfire so much that I was shouting at the screen at how stupid the writing was. Or maybe it’s he other way around. Maybe it was watching The Walking Dead that made me realise that it has had Iron Fist’s problems but for much longer. There is something fundamentally wrong with The Walking Dead, something that is prevalent even in its best episodes. Using The Other Side, lets tackle these problems one at a time.

Scenes of tension that are actually really stupid. 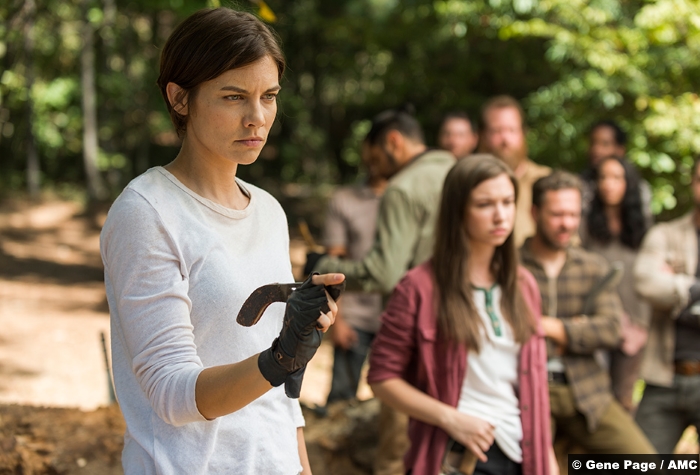 A few weeks ago I talked about how effective Rick’s fight with Winslow the zombie knight was mainly due to the fact that the solution, his way to win, wasn’t crystal clear, even to him. It made for an entertaining fight, a fight which, thanks to Michonne’s help, highlighted Rick’s reliance of both her and the community he fights for. That’s how you do a meaningful action scene that has thematic and dramatic weight. This isn’t the norm for the shows action scenes.

The norm is Darryl and Maggie in the fruit cellar. Since their being caught would lead to capture and death respectively, Maggie and Daryl have to stay out of sight when the Saviours come calling at the Hilltop. Which leads to them hiding in the cellar. In spite of Enid’s masterplan of distracting the Saviours with fruit, wait that was her whole plan? Anyway, Enid’s crappy plan aside, having a Saviour so close to discovering Daryl and Maggie should have been a great moment of tension. It was, until Daryl tries to kill the saviour. This is monumentally stupid. Sure, both characters have legitimate reasons for wanting all of the Saviours dead, but Daryl’s attempt to kill this particular Saviour, who didn’t know they were there, would have had dire consequences for the Hilltop.

If Maggie hadn’t stopped him then Simon (who I’ve been calling Trevor this entire time, damn you GTA V) would have noticed one of his guys was missing leading to an even more detailed search of the compound, which would have cost lives. Don’t worry though Enid has a basket of fruit. Its decisions like this that completely undercut these types of scenes.

The show doesn’t care about filling in its supporting characters 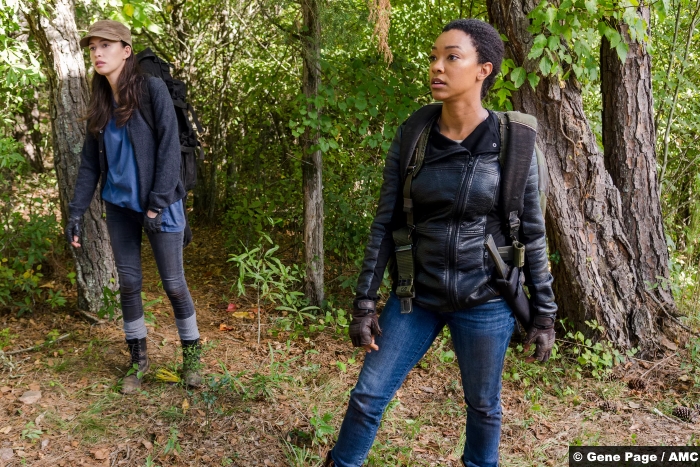 The idea of a two-hander episode with Rosita and Sasha trying to kill Negan should have had an hour to itself. Eugene and Tara’s episodes were not classics but they did give us a better idea of who they are as characters. This could have been the shows chance to do that with both Sasha and Rosita, but they blew it. True, Rosita’s backstory was a nice scene, played very well by Christian Serratos, but it’s too late by far. She’s been part of the cast for three years (50 episodes) and we are only learning about her now, and only because Abraham isn’t there to make her a supporting character in his story.

Then there’s Sasha, who I’ve already pointed out isn’t a character without a man to mourn over. The fact that Sonequa Martin-Green has been cast as the lead of Star Trek Discovery means that Sasha probably won’t make it out of the Saviour’s compound, means that the show has truly squandered the talents of this great actress. Sasha and Rosita are barely characters, and like my eternal whipping boy Father Gabriel, and Tyrese before him, there is not enough effort to make these characters stand out, no matter how good the actors are. They are purely reactionary, when the after effects of one tragedy has worn off they are hit with another in an endless loop of the five stages of grief until they are dead themselves. 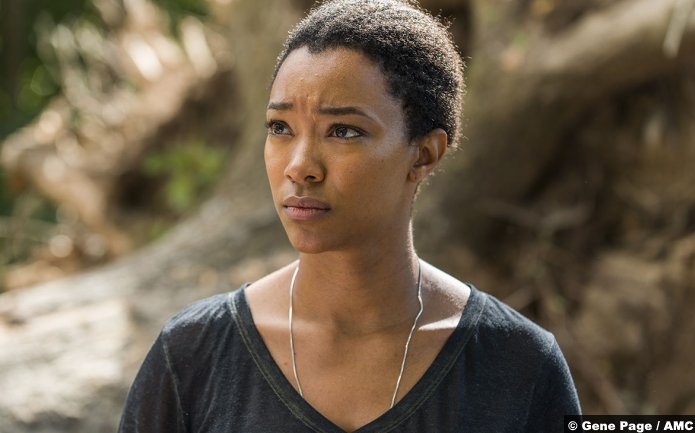 Those are the two main problems with this episode and the series as a whole but there’s more. The dialogue here is shocking, especially Enid’s and Sasha’s, and what’s worse it takes away from some of the episodes good points, like Jesus finally making his sexuality cannon in a subtle way, and Negan realising he killed the only doctor on site so he sends his boys to get a new one. These are deep problems, and ones that need to be addressed because the show can still be great, and the second half of this season is still a huge improvement on the first. The patience of fans is wearing thin, they deserve a better show, and the cast deserve better material, so Scot Gimple needs to stop treading water and to stop using the still high number of viewers as an excuse to be this lazy.

3/10 – Dull, dull, and more dull. The Other Side is a hot mess of stupid writing and false high stakes. The next time The Walking Dead wants to slow things down, stay clear of the Hilltop.