The Walking Dead S07E09: Rock in the Road – A middling return is one of the best episodes of the season

Let’s talk about Father Gabriel. Since his introduction in season five Gabriel has been a hard character to pin down. This is mainly due to the fact that the show’s writers forget that he’s there most of the time. So from being Eugene’s understudy for the cowardly lion Gabriel was then compelled to turn against the group when they arrived at Alexandria, because monsters are monsters even when they save your life, apparently. Then Gabriel took an about turn with the introduction of Negan and the Saviours: popping up in certain scenes to tell characters that everything was going to be ok, coming across as a complete flip-flopping nutcase while doing so. So what are we meant to take from his filching supplies and absconding in the night? The group can’t believe it for some reason, but the audience is thinking “yeah, sure, why not.” Safe to say this is not a great start to the job of regaining the good will of the fandom. 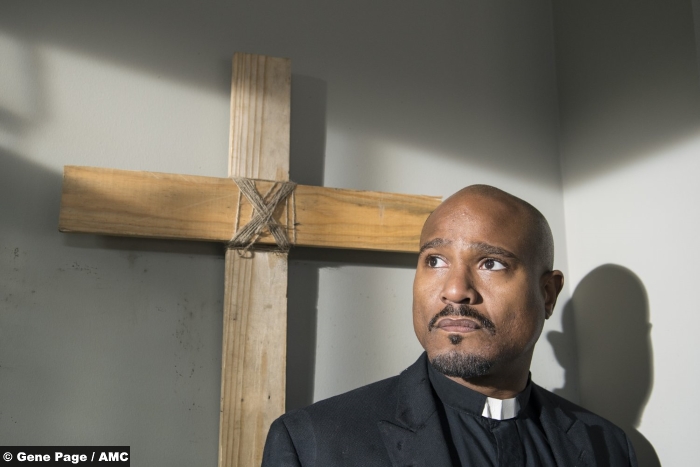 All is not as it seems as a cryptic clue is left by Gabriel for the group to find: a piece of paper with the word “boat” on it. Of course there’s only one boat left on the planet, or Georgia at least, leading the group to a place where they are ambushed residents from yet another settlement. They have a shit load of guns though so Rick’s reaction is fitting.

Gabriel’s plot bookends an episode that mostly makes par without being anything extraordinary. The feeling of renewed purpose in the Alexandrians is still present so now it’s up to our heroes to spread this good feeling to gather strength in order to defeat the Saviours. Except that instead of purpose, the leaders of the Kingdom and the Hilltop only see a group of maniacs trying to get the rest of them killed. No wonder they say no, and no wonder the unwashed mass at the end looks like a good fit to Rick.

Rock in the Road is an episode with a lot to set up. There is finally contact between all three settlements courtesy of Jesus introducing Rick to Ezekiel and the Kingdom, and the fact that Daryl needs to hide out there promises a reunion with Carol. Yet, like Rick’s story, the show has the same rock in the road: Negan. I can’t help but take Rick’s story of the little girl who moved the rock from the road and see it as a metaphor for the writer’s room. It has been confirmed that Jeffrey Dean Morgan will be playing Negan well into season eight, so the planned uprising probably won’t be successful in the next seven episodes. Which leads me to think that if one of the writers bites the bullet and makes everyone accept that Negan is a dud, and to kill him off this season, moving the rock, then the show can go its own way again rather than being nothing more than a bad adaptation of the comics. It probably won’t happen like this, which means that all the setup of Rock in the Road has to lead to something other than another crushing defeat, otherwise the exodus of fans will continue. 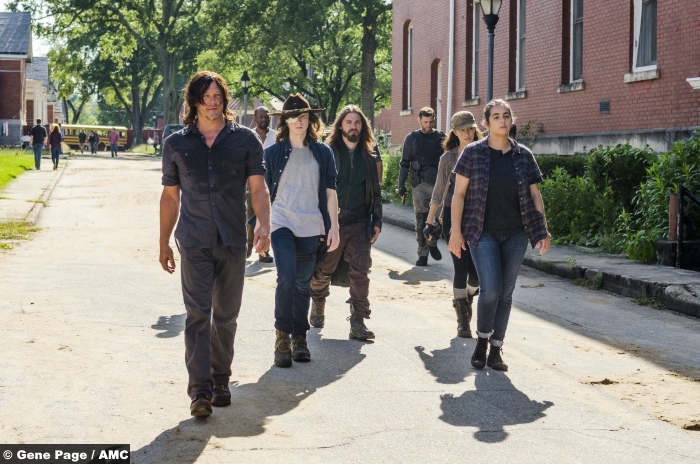 Back to Gabriel though because the way the show treats his characterisation is really important in understanding The Walking Dead’s greatest weakness, at least currently. For a TV show that started out with a compelling premise, and great characters, the present show has characters become more symbols for where the plot is meant to go rather than three dimensional people. Father Gabriel is a prime example of this. When the show needed a rotten apple to infect Alexandria against the group Gabriel was taken off the bench. When the show needed someone to believe that, despite Negan, everything would work out fine, Gabriel was taken off the bench. It’s not just with side characters, it happens to Rick too. The show needs to make us believe in the group’s new purpose, which means skipping a couple of narrative steps with Rick and then watch Andrew Lincoln try and pick up the slack. Then there’s Daryl who’s just there to call Ezekiel a pussy, then has to stay with him: awkward to say the least. These plots are so bone-headedly put in place that it can take away from the sheer joy of watching Rick and Michonne cut hundreds of zombies in half. 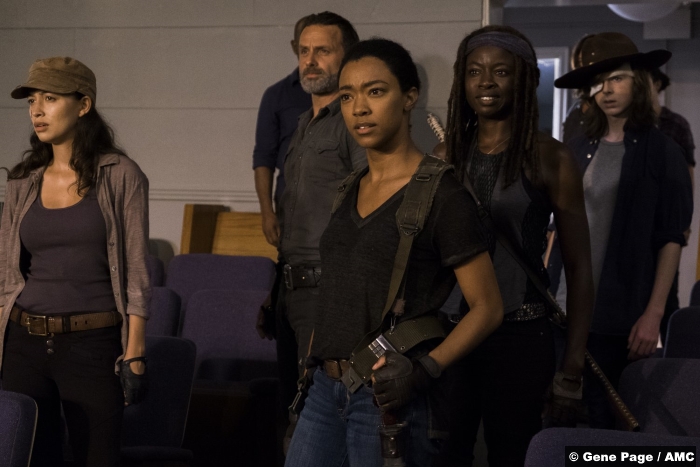 The episode isn’t a complete disaster though, our second proper visit to the Kingdom has Ezekiel in fine form, and, with the group’s reaction to the tiger, one of the most genuinely funny moments the show has had in years. And, as clunky as the mechanics are, it is good to see the show feel more hopeful, and the characters have more purpose than before. It also gives the scene in which Trevor comes looking for Darryl an entirely different atmosphere. This new-found purpose means that it’s no longer a sign of masochism to watch the Saviours in Alexandria because the Alexandrians are not the beaten down lackeys of the past, they are revolutionaries biding their time, and gathering forces for an uprising.

6/10 – Rock in the Road is a mid-season opener that shows a teasing light at the end of the tunnel for Rick and co. Whether that light is just the glint off of Lucille’s wire remains to be seen, knowing this season it probably is.