The Walking Dead S07E15: Something they Need – A lot happens, but not anything of note 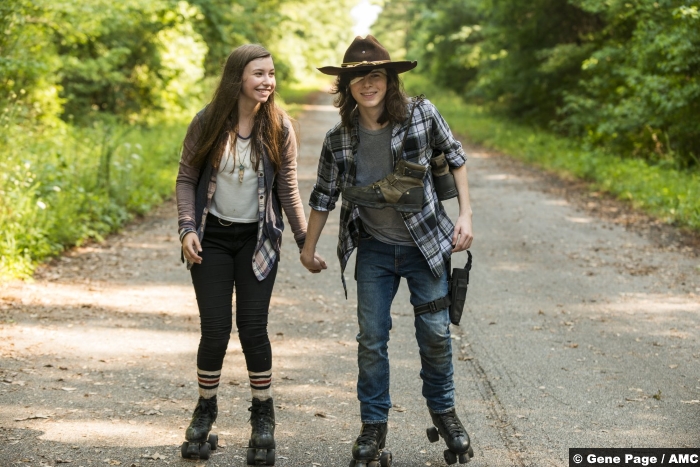 Other than that, Something they Need, is a dull low stakes table-setting episode, where everything that happens is either boring, or predictably boring, it’s enough to make you wonder why anyone involved with the show is ok with being this average. Remember when this show used to be exciting? Before each group of episodes was nothing more than a tedious countdown of incidents before a finale, mid-season or otherwise? It’s not as bad as last week’s Hilltop visit, but it’s less interesting in comparison since that episode at least provoked a reaction. I’m not saying I was looking at my phone the entire time, but I was wondering where my phone was.

With the episode split into three plots: A-plot at the Oceanside settlement, B-plot at the Saviours settlement, and the c-plot at the Hilltop, there should have been a nice variety in the narrative, but instead each just played it safe, because the finale is next week. What’s even more frustrating is the very real possibility that, like last season, and the season before it, and the season before that, next week’s finale is only going to be the end of the build-up, that nothing of real note, except maybe a surprise death that will be obvious from the start of the episode, will happen. We know that Negan will survive since Jeffrey Dean Morgan has signed on for season eight, so other than a huge defeat, what has this improved second half of the season really given us?

So how did each plot tread water this week. Let’s begin with Oceanside. Admittedly Rick’s plan was an effective one, having Tara try to negotiate reasonably, and when that didn’t work he used fear and distraction rather than actual violence. It was a neat plan, but the half in half out nature of the women of the settlement doesn’t make a lot of sense. Sure, these people come in and take all of your weapons., but they want to use these weapons to kill the people that killed your friends and family. Their loss at the hands of the Saviours is much worse than that of Alexandria. Having them just take it, with some for fighting, and some against, feels like a lazy way of leaving the door open for a surprise assist down the line. From what we’ve seen of Oceanside is that these women are well trained and capable in a fight, and can be ruthless when needed. 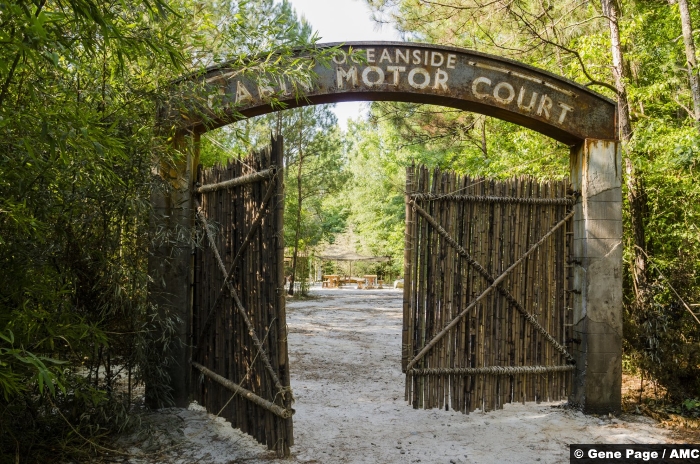 Then there’s the zombie attack, which I have no real issue with, as it proves my point about how capable and brave these women are. The problem I have is one that I didn’t get to mention last week: that of the montage. Last week’s opening of the Hilltop, and everything that has happened there was a needless bit of fluff tat didn’t add anything to the episode. The intercutting of the zombies from the ship and rick and his crew at the beginning of this episode is the same. It’s supposed to suggest that Rick and co are the same level of threat to the Oceanside settlement as the zombies, but anyone paying attention to the tone of this show knows that the payoff will be exactly what we got: a way to bring the two groups together. If you’re going to use montages in a way that is supposed to side-step the viewer there must be more of an effort made.

This lack of effort spread to the Hilltop as Maggie continues to ignore doctors’ orders by constantly working with her new community. Her conversation with Gregory, in which she suggests properly working together, and he thinks about killing her, does nothing to move this plot forward. We already know Gregory is an opportunistic coward, as he was willing to give Maggie and Sasha up at the first chance. Admittedly Maggie saving his life might have him think differently about her, but who really cares at this point. When these scenes where on I was actively looking for my phone. 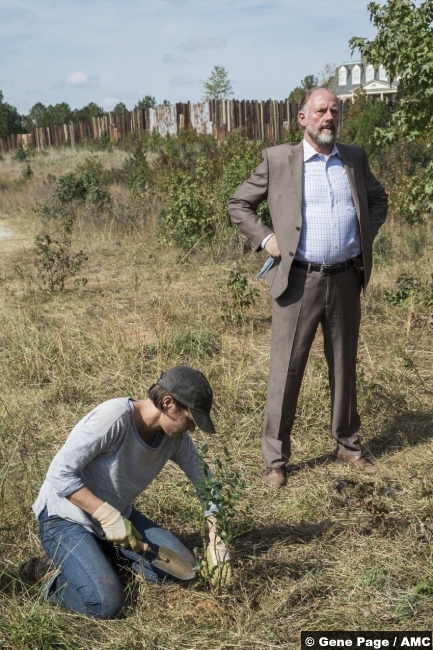 Perhaps the one part of the episode that was definitively interesting had to do with Sasha and Negan. Not the part about him trying to butter her up, and the show painstakingly prolonging her inevitable death, that’s just the way he operates. What was interesting was Negan’s no rape rule. It’s the distinction between what he won’t allow: David sexually assaulting Sasha, and what he ignores in himself. Make no mistake, his set up with his wives is rape. Each of them is there against their will, not in an obvious chained up way like Sasha, but in the way he has manipulated their surroundings to make a marriage to him be the best option for these women and their loved ones. Its coercion masked as union. While I think the show could probably do more to distinguish these situations, it does make Negan’s society more complex. That level of ambiguity is the one thing that makes Negan threatening to the viewer and the fact that the show realises this fallacy makes for an interesting interpretation of this kind of violence. Unfortunately, it’s an issue that gets lost in the mix of The Walking Dead’s usual problems. 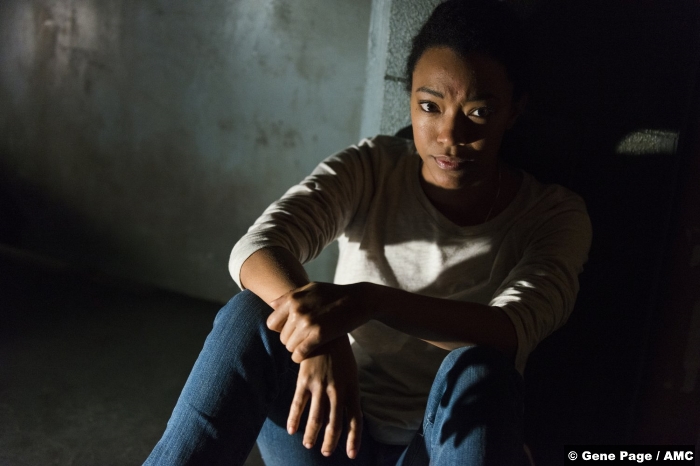 4/10 – Something the Need suffers from the fact that The Walking Dead is spinning its wheels, reusing all of its narrative tricks to create an episode that looks like it should be compelling but then collapses under scrutiny.